4 Main Reasons Why WeWork is in Trouble 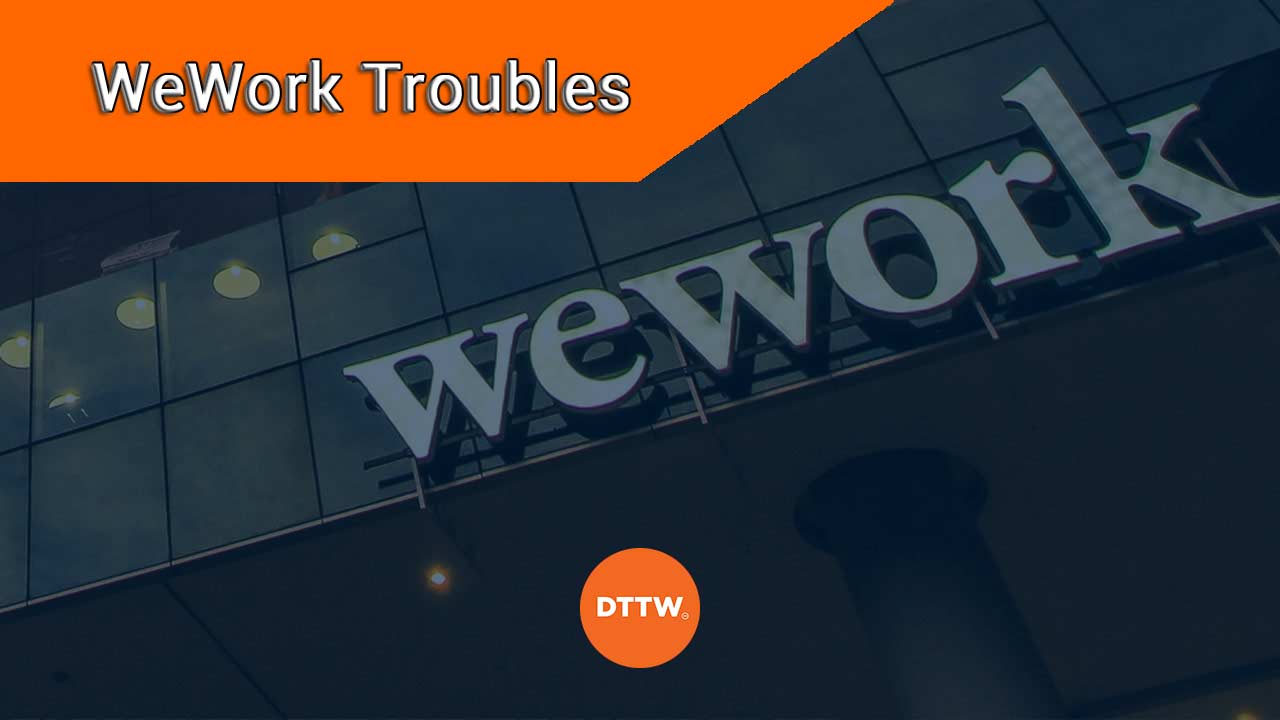 Wework has been a company in trouble for the past few weeks. These problems started shortly after the company released its S1 filings, which are necessary for all companies that are going public.

The document, which is submitted to the SEC, is important because it gives investors the numbers that were only available to select private investors.

It has also been a difficult time for Softbank, the Japanese conglomerate that is the biggest investor in the company. In the past one month, the stock has dropped by 10%, with half of those losses being in the past five days.

Last week, Wall Street Journal and other major news publishers reported that the company was considering lowering its valuation from more than $47 billion to between $20 billion and $30 billion.

The reports said that there was no interest among investors for the company’s shares. It was also reported that the company’s CEO had agreed to return the $5.9 million he received from the company in exchange for the trademark of the We name.

There are several reasons why investors are right to be cautious about the company.

→What do traders Expect?

Investors are afraid of large IPOs because of what happened in the most recent IPOs. Recently, the stocks price of the most hyped IPOs have been underwhelming. The stock price of companies like Uber and Lyft are 30% and 40% below their IPO prices. These were some of the most hyped companies before they became public.

Therefore, investors are afraid of being caught up in similar movements.

→Newly Public Companies: How to trade it

Investors are also afraid of the current status of the stock market. In recent months, the stock market has been a bit volatile as traders worry about the trade conflict between the United States and China.

There are also concerns about the weakness in Europe and Asia and the crisis brought about by Brexit.

Therefore, We believe that this is the wrong time for a company to go public.

→How to Trade in Periods of High Volatility

Investors are right to be worried about wework and the business that is in. For starters, wework operates in a tough business. The company takes long-term leases in some of the most expensive cities in the world. It then renovates the offices and then leases them to companies and individuals on a short-term basis.

The company has more than $47 billion in long-term leases obligations. The risk of using this model is that when there is a recession, the freelancers and other businesses might not be able to lease these offices but the company will need to continue honoring its leases.

In addition, the company has a reputation problem. First, the CEO owns some of the buildings in which the company has leases. This means that there is a conflict of interest.

Second, the company’s CEO will have preferential ownership of the company. This means that the other investors will not have a lot of say in the company.

Third, the company is accumulating a lot of debt, which might be problematic when there is a recession.

In the last funding round by Softbank, the company was valued at more than $47 billion. The company now appears to be lowering its valuation to between $20 billion and 30 billion. Still, this is a hefty valuation for a company as risky as wework.

This is because the company continues to burn cash and make hefty losses. The company also appears more expensive than its main competitor, which is a UK-based company called IWG.

This is a company that makes a profit and has more office spaces around the world. Yet, the company is valued at just $4 billion.

For buy-only, long-term investors, wework appears to be a company that should be avoided at all costs. This is a company whose valuation will likely be brought down to less than $10 billion once it goes public.

For traders however, this company is a great opportunity to make money by shorting it.