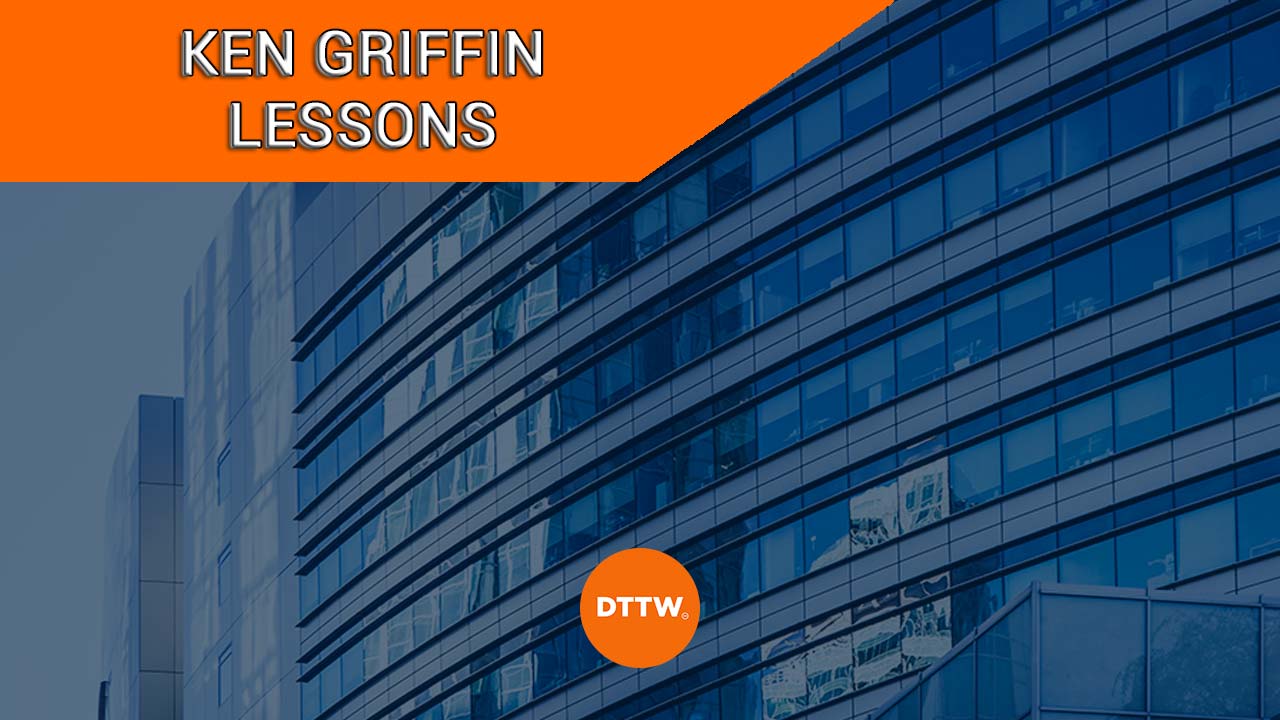 Previously, We have covered Bill Ackman, WD Gann, and Alexander Elder. In this article, We will look at Kenneth Griffin.

Ken is one of the world’s leading hedge fund managers. He is the founder and chief investment officer of Citadel which has more than $35 billion in assets. In the last few years, he has been ranked as one of the best performers in the hedge fund industry.

Here will look at a number of key lessons traders can learn from this legendary investor.

Related » How to Trade Like a Hedge Fund Manager

The first major lesson from Ken is on the role of starting early. Kenneth Griffin started his investment firm when he was a college student in 1987. As a student, Kenneth Griffin was intrigued by the world of finance and the numerous opportunities that existed, so He decided to get in even though he had little capital to start with.

In his college dorm, he installed a satellite dish which relayed him the financial quotes. Today, you don’t need to do all these: if you have a computer and an internet connection, you can access all the financial data you need.

After installing the satellite, he went ahead and started to invest the little funds that he had. As he increased his cash, he reached out to other investors who invested in him.

The lesson here is to start as early as you can if you have dreams of making it big in the financial market. Even if you have just $1000, you can get started right now! As your reputation grows, you will then attract more money.

It is worth noting that barriers to entry these days has been reduced. For one, platforms like Robinhood and WeBull have made it significantly easy for people to trade and invest with as low as $10.

Unlike in the past, these platforms don’t charge a commission, meaning that trading is relatively simple.

Related »  How to Become a Successful Trader Starting Small

How you adopt to the losses is what really matters. So far, Kenneth Griffin has already recovered from his losses and his fund is doing better than ever.

Related » How to Start Trading Again After a Big Loss

In any career path you follow, change is inevitable. If you decide to get into trading or investments, you will find that the industry is very change oriented.

For instance, trading in the 80s is very different from trading in today’s times. When Kenneth Griffin was starting out, he invested mainly in the arbitrage market.

With time, he has grown his fund to include among others one of the largest quantitative strategy firms in the United States. His firm is also a leading broker which processes high frequency orders on a daily basis.

Adopting to change will help you become a better trader. Also because market conditions change all the time!

If you become a successful trader, you will realize the amount of money that comes in will be enormous. The same has happened to Ken who is now listed as one of the richest men in the United States.

This enormous amount of money has come with a lot of responsibility.

Kenneth Griffin has given millions of dollars to charitable organizations. He has also signed up with the giving pledge which means he has pledged to give half of his net worth to charitable courses.

In a past interview, he stated that giving to charity has been the most important thing in his career.

As a trader, you can decide to do it all by yourself or get a team. Each of these strategies has its own advantages and disadvantages.

In terms of Kenneth Griffin, he has invested a lot in having the best team. He pays his traders very well. Also, Citadel has been ranked as one of the best places to work in America.

If you decide to have a team to trade with, you should always go for the best people. These people should have a great track record.

→ How to Get Rich by Starting Your Own Trading Office

Another important lesson you can learn from Ken Griffin is on the need to diversify your income. Ken started his career as a hedge fund manager. He continues to manage his money, with his fund having over $50 billion in assets under management (aum).

At the same time, he has diversified his business to include Citadel Securities, which is the biggest market makers in the US. As a market-maker, the company executes most of trades that are implemented on a daily basis.

In fact, while his hedge fund is big, Citadel Securities has become the most valuable part of its business. In January 2022, the fund raised money at a valuation of over $22 billion.

Therefore, as a trader, you should always work to ensure that you have a diversified source of income. For example, you can have two separate accounts, with one dedicated to trading and another one to investing.