A Look at Corporate Consolidation and Why it Matters 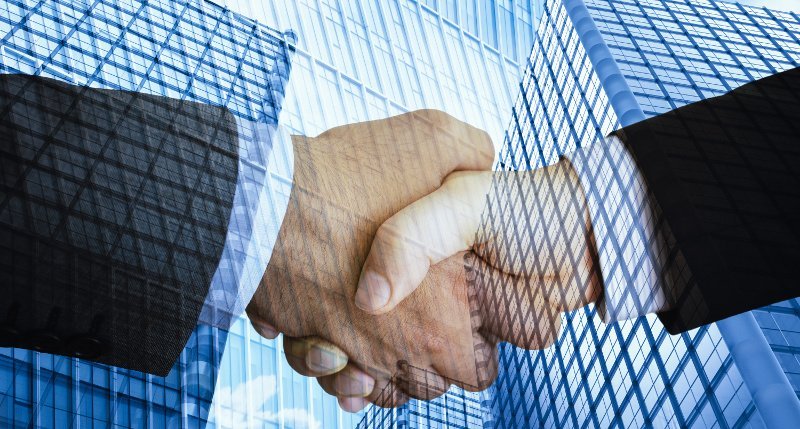 Companies are in constant need for growth. In the past, we have seen companies that are super successful underperform. This happens not because the companies’ are not solid enough but because investors don’t have any growth prospects in future.

For instance, to a large extent, Apple has had an excellent year many times with record sales. However, investors have increased their concerns about the company’s reliance on just one product: iPhone.

Another company worth noting is Yahoo which has had difficult years with investors failing to see any intrinsic value in the company. Other companies that have been hammered because of this are: GoPro, Fitbit, and HP.

What is Corporate Consolidation?

Corporate consolidation refers to the process where companies acquire other smaller companies. It is a relatively popular process in the United States and around the world.

For example, as shown below, in 2021, deals worth over $5.59 trillion were announced. In this article, we will explain why corporate consolidation happens and how you can trade it.

There have been many corporate deals in the past few years. Some of these deals are:

Consolidation vs mergers and acquisition (M&A)

There are several reasons why corporate consolidation or mergers and acquisitions (M&A) happens. Some of the most popular ones are:

The most important reason why corporate consolidation happens is search for growth. This happens when a company, often a struggling one, approaches another one in order to boost growth. A good example of this is when Salesforce acquired Slack, the messaging company.

This is where a company acquires another firm that has been curved from another one. For example, AerCap, an airline leasing company, acquired GE Capital Aviation. This transaction happened because GE was seeking to exit the leasing industry.

Another example of an opportunistic acquisition was the merger between Discovery and Warner Media.

Another reason why corporate consolidation happens is when there are clear synergies between two companies. For example, companies that operate in similar industries can merge and then reduce the cot of doing business.

Some companies merge in order to create a large scale in the market. For example, the merge of Discovery and Warner Media was aimed to create a large company that could compete with the likes of Netflix and Disney.

There are other reasons why consolidation happens. For example, a company in distress can sell out to another one to avoid liquidation. Also, it can happen when companies want to gain exposure to other products and regions.

Traders and investors are constantly looking for these deals because in one way or another, money will be made or lost during these transactions.

In fact, there are day traders whose major strategy is to trade during such news events. Many times, when a consolidation deal is announced, the acquirer usually faces a challenge with growth. In this, the company faces a major challenge to improve the value of the shareholders’ wealth.

To solve the situation, the company goes after a company that has the products it feels it needs.

For instance, Monsanto was one of the leading Agricultural chemicals company in the world. However, the company is concerned about its growth. As a result, the company looked at Syngenta and finds its viable for acquisition. This was particularly so because Syngenta was struggling too.

As a trader, when such news breaks, you can make money by buying the company being acquired and going short the company making the acquisition.

In the case above, it would be ideal to buy Syngenta and go short Monsanto. This is simply because the acquirer will always pay a premium to the shareholders of the other company. However, these deals don’t close all the time.

Merger arbitrage: What is it?

The most common strategy to trade corporate consolidation is known as merger arbitrage. It is the strategy where traders focus on a deal that has been announced and then trade the likely scenario.

For example, if you believe that the deal will face antitrust issues, you can short the company being acquired and buy the acquirer.

In other periods, you can trade the spread between the target’s price and the closing price.

A good example of this is when Elon Musk announced that he will buy Twitter at $54 per share. The stock remained below that level for months as concerns about his acquisition continued. Therefore, in this case, you can take advantage of the current and acquisition price.

Why corporate consolidations could fail

This happens because of a number of reasons. One, the antitrust agency might turn down the company’s request to merge. This is particularly so if the agency believes that the consolidation will not be beneficial to the customers.

A good example is when Comcast dropped its offer to Time Warner Cable because of antitrust issues.

Another reason why this might be the case is when the shareholders of the company being acquired feels that the proposed deal will undercut them. A good example of this is when Angie’s list declined its acquisition by internet giant, IAC. When this happens, it is usually a bit complicated to the day trader.

In many cases, the inverse of what happened above happens. The company being acquired declines because investors believe it was a mistake. This is what happened when Angie’s list declined the offer. The company’s shares went down by 8% while that of IAC went up by 1.2%.

During these M&A issues, it is important for a trader to constantly follow the company and the major news websites for any information. For instance, following Bloomberg and New York Times can help you get the news as it breaks.

Summary: What to do as a day trader

Corporate consolidation is an important process that companies use to achieve different goals. In this article, we have looked at what mergers and acquisitions are and some of the top strategies to trade them. We have also looked at some of the biggest deals of the past few years.