Algorithmic Trading AKA How to Get Bots Trade for You 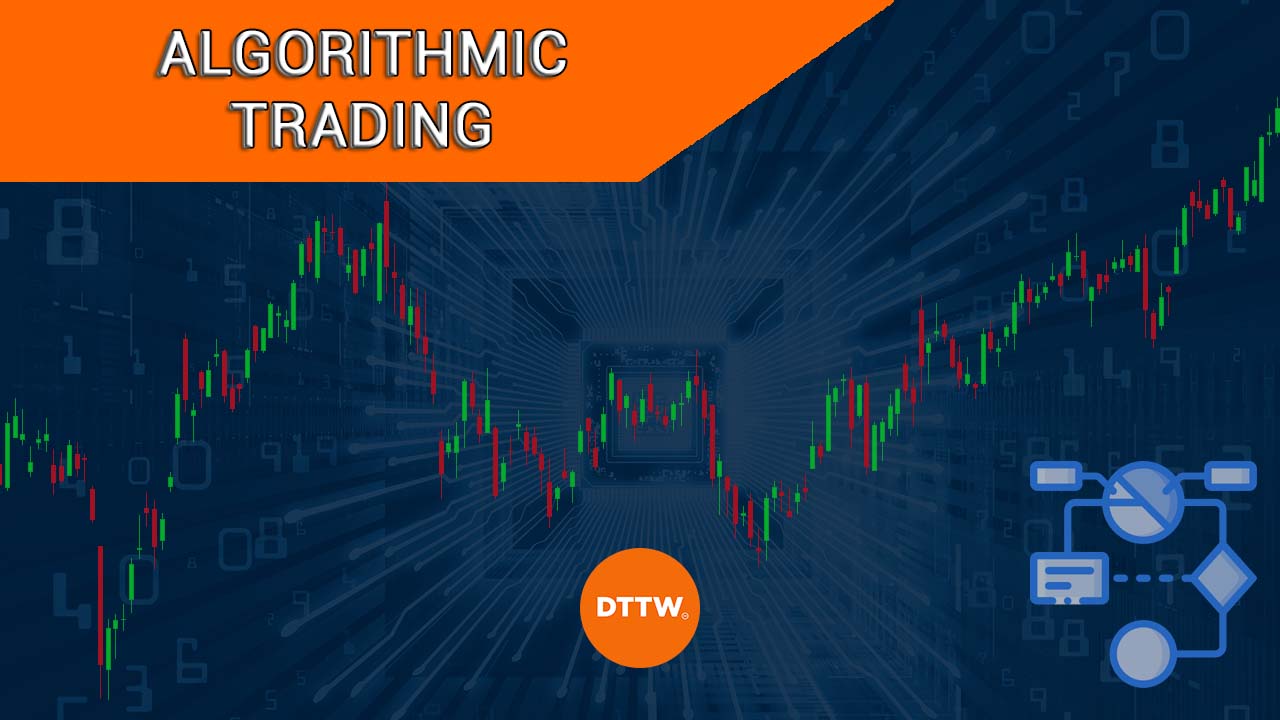 Algorithmic trading is one of the most advanced approaches of making money in the financial market. It is used widely in high finance by some of the leading players in the industry.

Some of the top algorithmic trading hedge funds are Rennaisance Technologies and DE Shaw. This article will explain what algorithmic or quantitative trading is and how to use it in trading.

What is algorithmic trading?

Algorithmic trading, often confused with quantitative trading, is the process of using software or robots to analyze and execute trades. It is used widely in high-frequency trading (HFT), where the robot is used to open and close hundreds of trades per day.

The idea behind algorithmic is simple. Instead of doing manual analysis and executing trades, trading bots can easily do it at a more efficient manner.

For example, if you rely on using moving average crossovers, you can come up with a bot that will find these crossovers among multiple assets.

While quantitative traders use algorithmic trading widely, the concept is now also used by ordinary people. Unlike in the past, traders can now use free drag-and-drop tools to create their trading bots. Alternatively, they can buy ready-made bots and implement them in their trading platforms.

Who is an algo trader?

An algo trader is a person who specializes in using trading software to analyze and execute trades in the market. The trader could be an independent person who does it using their account. Alternatively, the trader could be employed in a hedge fund, a trading floor, or an investment banker.

In most cases, algo traders don’t have a background in finance. Instead, they mostly have a lot of experience in mathematics and software engineering. Indeed, most high-frequency trading firms like Rennaisance Technologies hire mathematicians and software developers.

Some of the best-known quant hedge funds are D.E Shaw, AQR Capital, Two Sigma, and Rennaisance Technologies. Over the years, these funds have mostly outperformed conventional funds like Berkshire Hathaway and Pershing Square Capital.

A common question is on how algorithmic trading works. The concept of quant trading is relatively simple. It works by implementing working manual strategies into algorithms.

For example, assume that your trading strategy involves buying an asset when the Relative Strength Index (RSI) moves to the oversold level and when the 25 and 50 moving averages make a crossover on the 5-minute chart.

In this case, you can do the analysis manually and execute trades. On the other hand, you can decide to create a robot that analyzes the market, finds these opportunities and then executes trades. You can specify the assets that you want the robot to analyze.

When activated, the algorithms will do the work and open trades when conditions are met. Traders specify the maximum lot or trade size that the bot will open. They also specify the most important take-profit and stop-loss levels to use.

Pros and cons of algorithmic trading

There are several benefits of using algorithmic trading. First, it makes possible for one to trade for long hours since bots can work at all time.

Second, it is a good way to avoid slippage. Slippage is defined as a situation where an execution price differs from where you opened a trade at.

Third, algorithms don’t bring emotions to the market. Instead, they do what they have been programmed to do. This is important since manual traders often let their emotions interfere with their trading goals.

On the other hand, the algorithm has several cons.

First, you need some technical skills to succeed in it. Second, since it depends on technology, it could miss some important catalysts such as market news. Third, bots don’t work well in certain market conditions.

What you need to succeed in algorithmic trading

There are several things you need to become a successful algorithmic trader. Let's go over the most relevant ones.

Two of the most important things you need as an algo trader is coding and trading. Coding is the process of building algorithms using different languages. The most popular programming languages for algo traders are Python, Java, and Ruby on Rails.

You also need to have experience in trading. This is important because you will translate your manual trading strategies into an automated one.

If you don’t have either of the two, your only option is to buy a ready-made trading algorithm.

You can research and find the best trading bots in the industry and then buy them. Alternatively, you can use marketplaces like those offered by MetaQuotes to buy these bots.

Another useful concept in algorithmic trading is known as backtesting. Backtesting is the process where you conduct a stress test on your trading bot. It involves using historical data to predict the performance of your trading bot.

Doing this testing will show you whether the bot will be successful or not. Platforms like TradingView and MT4 have free strategy testing tools.

Forward testing is another useful concept that involves using a demo account to predict the performance of the bot.

Risk management is defined as the process of reducing your risk exposure in the market while maximizing returns.

There are several well-known risk management strategies you need to incorporate in algorithmic trading. For example, the bot should have a maximum trade size that it can implement. Further, all trades should be protected using a stop-loss or a take-profit.

Most importantly, we have assessed the pros and cons of using the strategy to trade.