The 6 Best Scalping Indicators to Use Right Away! 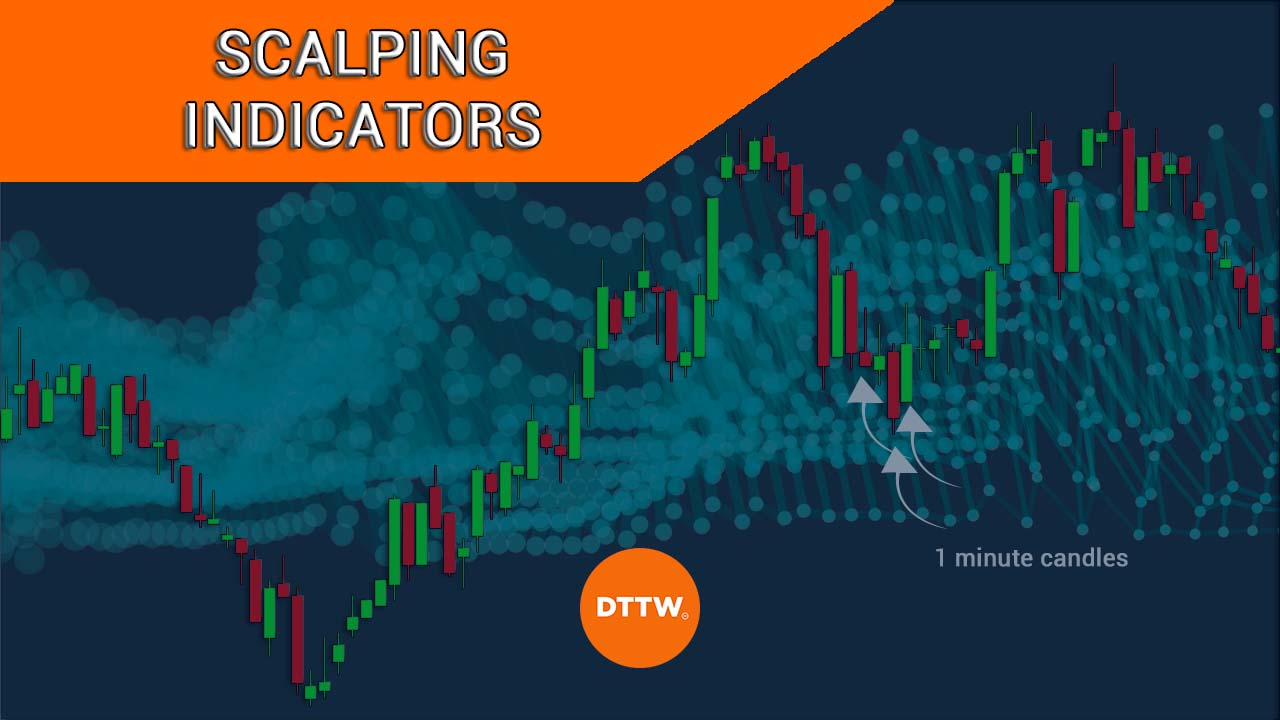 Scalping is a popular day trading strategy that involves buying and selling financial assets within a short period. In most cases, scalpers hold their trades for less than five minutes.

Their goal is to identify a trading opportunity, place a trade, and then exit with a small profit. In this article, we will look at the best scalping indicators to use.

Scalping is an extreme short-term trading strategy where a trader buys and sells assets like stocks and commodities within a short period.

Scalping works by people using extremely short-term charts. Most scalpers use charts that are less than 5-minutes. They then identify chart patterns and open trades based on it.

For example, the chart shows a one-minute chart for the Nasdaq 100 index. Since the chart is trending, one can place a buy trade and ride it until a reversal happens.

Successful scalpers use different trading strategies in the market. For example, there are those who focus on trend-following while others aim to identify reversals. Trend-folowing involves identifying a pre-existing trend and then following it.

Other scalpers use price action strategy, where they focus on patterns like triangles, rectangles, head and shoulders, rising and falling wedges, and bullish and bearish flags and pennants.

Related » The Best Ways to Identify and Trade Breakout Patterns

Most scalpers use an extremely tight multi-timeframe analysis. This is where they start their analysis on a short-term chart like a 5-minute one and then move to a one-minute chart.

This is different from what other day traders do, who begin from a hourly to a 30-minute and then to a 15-minute chart.

The Volume-Weighted Average Price (VWAP) is one of the best indicator for scalping. Indeed, because of how it is created, the VWAP indicator is only used for scalping.

The indicator is calculated by taking the volume of an asset in a certain period and then dividing it by the total shares bought.

It appears like a single line. As shown below, a scalper would have bought the Nasdaq index when it crossed the VWAP indicator and then held it for a while.

EMA is a type of moving average that gives more weighting for the most recent data. It is a common scalping indicator because it reacts faster than the simple moving average (SMA). There are several strategies for using it when scalping.

In addition, you can use moving average crossover to identify when there is a reversal. A good example of this reversal strategy is shown below.

Bollinger Bands are used in scalping in several ways. For example, some traders buy and hold an asset as long as it is going upwards and is between the upper and middle lines of the bands.

Others sell as long as it is between the lower and middle lines of the bands. A good example of this is shown below.

The stochastic oscillator is a popular tool that is used to identify overbought and oversold levels. It is calculated by comparing the closing price of an asset to its high-low range in a certain period. It has a close resemblance to the Relative Strength Index (RSI) only that it has two lines.

The RSI is another popular oscillator that is used mostly to identify overbought and oversold levels in the market. It measures the speed and change of price movements.

The RSI usually oscillates between 70 and 30. A move below 30 is a sign that an asset is oversold while a move above 70 is a sign that is overbought. Like the Stochastic Oscillator, it can be used to trade divergencies.

However, it is not that good scalping.

For one, an asset can continue rising when the RSI moves in the overbought level. A divergence pattern can also take too much to lead to a breakout. A good example of the RSI being used in trend-following is shown below.

The Parabolic Stop And Reversal is a trend indicator that is characterised by a series of dots above and below the price.

Summary: the best indicator for scalping

In our opinion, We believe that the VWAP and Exponential Moving Averages are the best scalping indicators. They are both easy to use and have an easy way to identify signals.

However, we recommend that you spend a lot of time doing a lot of work testing (and then backtesting) them.