How to Use and Improve on the Break and Retest Strategy 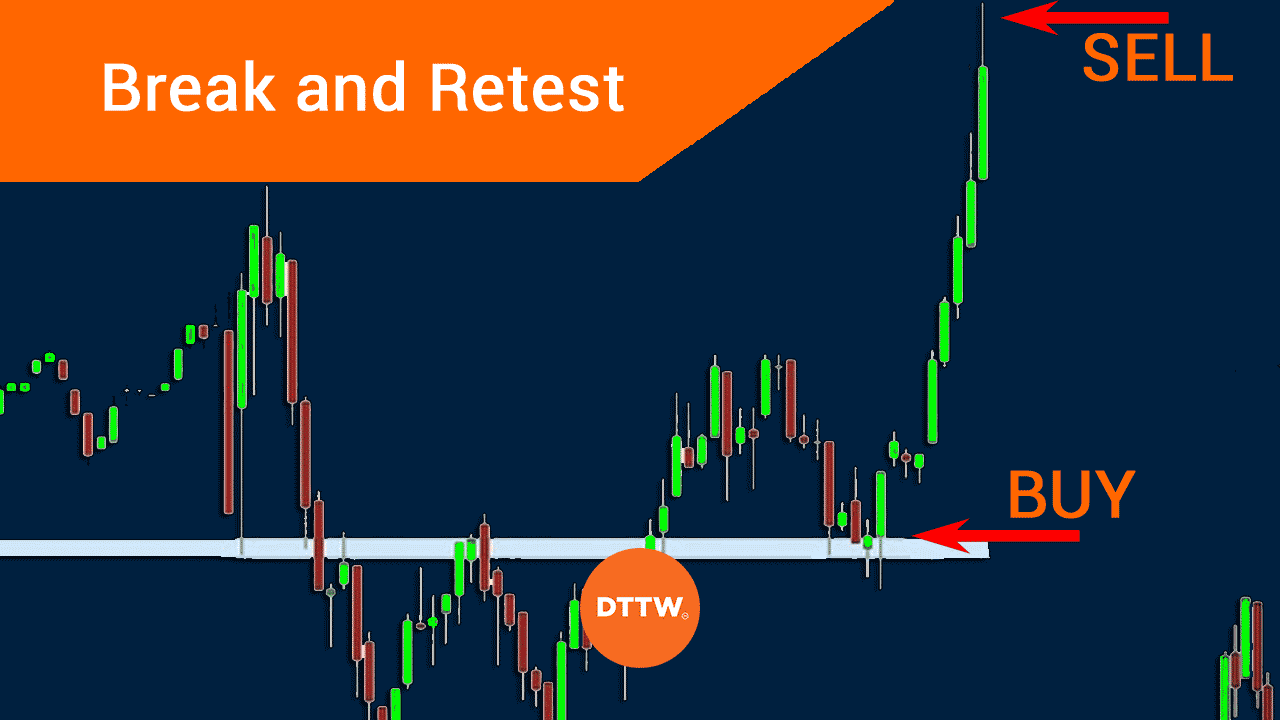 But first, let's get into a more in-depth definition.

What is a break and retest strategy?

In a previous article, we wrote about how to trade breakouts in the financial market. The idea is that after an asset consolidates, it will reach a point where they go through a bullish or break out. When used well, the strategy can lead to substantial profits.

Just to recap, a breakout happens after an asset like a stock, commodity, or exchange-traded fund consolidates or forms a channel. A good example of this is in the chart below. As you can see, AMC remained in a consolidation mode for a substantial period. As it did this, it formed what looks like a horizontal channel whose resistance was at around $15. The stock then broke out higher and soared to a high of $72. That was a near 400% gain.

AMC BreakoutFortunately, these price actions happen almost on a daily basis, meaning that you can take advantage of them. A break and retest strategy happens when an asset makes a bullish or bearish breakout and then retests the previous resistance or support and then continues moving in the original trend.

How the break and retest strategy works

The break and retest strategy works in a very simple way. First, you need to identify a financial asset that is either in consolidation mode or one that is in a channel. That’s because it must break the consolidation phase first and then it retests it.

Ideally, when a breakout happens, it is usually a sign that bulls or bears have prevailed. However, at times, false breakouts are popular. As such, instead of going all-in at first, you can wait for the price to retest the previous resistance that has now become a support level.

Let us explain why this retest happens.

See, when a bullish breakout happens, some buyers rush to buy the asset and some buy stops are initiated. As the price rises, some bears start coming in while some buyers start selling. This tends to push the price lower. As it reaches the support level, buyers come back and push the price significantly higher.

The same strategy happens during a bearish run.

The break and retest strategy works in several popular chart patterns such as:

Risks of using the break and retest strategy

Like all trading strategies, this one has several risks. The most common one is when the price breaks out, then retests the previous resistance, and then continues to drop instead of bouncing back.

Fortunately, you can avoid this risk by entering a long position when the price manages to move above the initial top level.

The next risk is when the price experiences a breakout and then continues with the initial upward trend without doing a retest. Therefore, if you were waiting for a retest, this will see you miss a trading opportunity.

Finally, there is a situation where the price breaks out and continues rising and you assume that it has established a bullish breakout. After seeing some key moves, you go long, only for the price to retreat and form the test and retest strategy.

A break and retest is a popular trading strategy in the market today. It is popular because it works! However, as we have seen, it has some key risks that you need to be aware about. As such, we recommend that you practice and use quality risk management strategies to use it well.