Market Circuit Breakers: Here's What You MUST Know 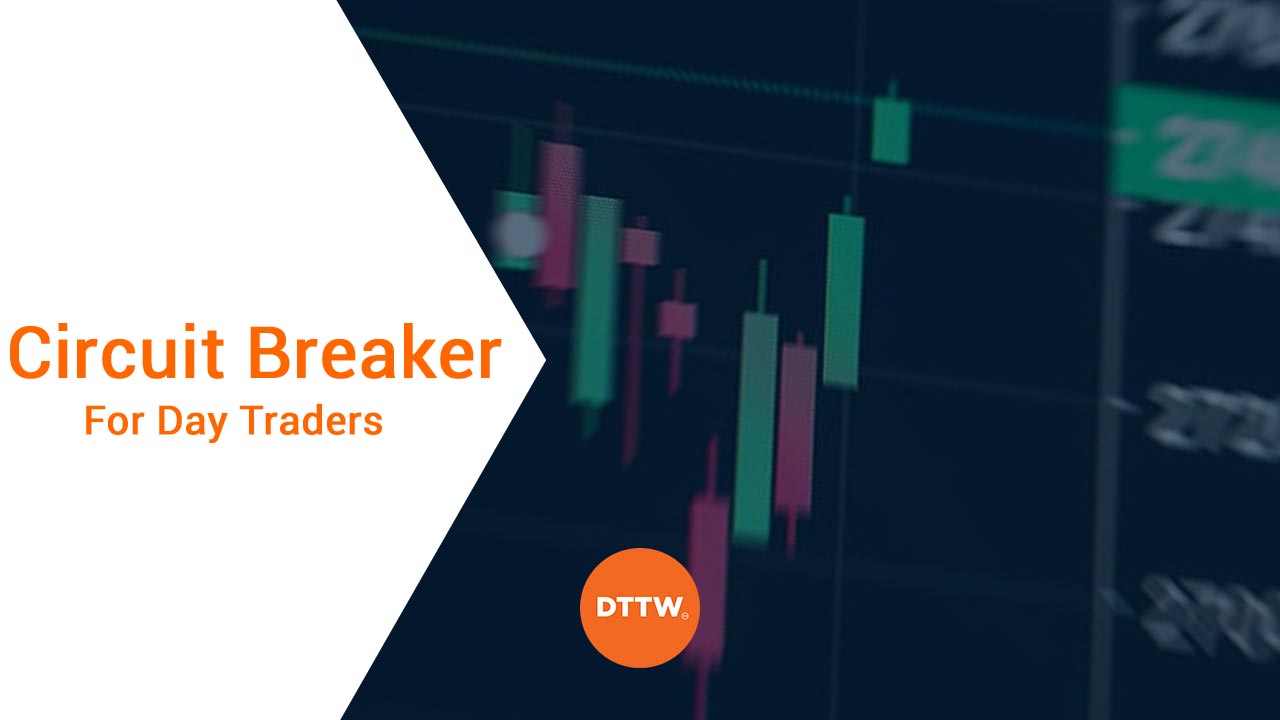 Full guide on trading halts and how to stay safe

In March this year, volatility in the market increased to the highest levels ever seen as the market attempted to digest the news about the coronavirus pandemic.

This was positive for Day Traders, who were able to take advantage of it and make huge profits (like some of our partners). Indeed, in the United States, the Dow Jones Industrial Average (DJIA) had its best and worst days ever in March. The same was true among other indices like the S&P 500 and NASDAQ.

Amid all this, the role of the circuit breaker became incredibly important. In this report, we will look at what a circuit breaker is and why they are essential in the market.

What is a circuit breaker?

This is a regulatory measure in a stock market, which seeks to prevent panic-selling. It works by automatically halting trading on a stock exchange for a short while.

For instance, with reference to S&P 500, the three-tiered circuit breaker is applied if the index falls by 7%, 13%, and 20%. For the first two levels, trading is halted for 15 minutes. If it gets to the third level, trading will be suspended on the remaining part of day.

A good example of such a scenario is the occurrences in March when market volatility was high due to the ongoing coronavirus pandemic. On March 9 and March 16, the DJIA fell by over 7%. This drop resulted in circuit breakers being employed at the NYSE.

› How to Maximizing Returns when Trading Market Volatility

Application in the LSE

In the LSE, a circuit breaker is applied if a security’s price crosses a static or dynamic threshold. FTSE100 shares are considered to have crossed the static threshold the price of a prospective order book trade is over 8% away from the previous auction’s price.

On the other hand, the dynamic threshold is breached when the difference between the price of a prospective order book trade and that of the last placed order book trade is over 3%. In either of these situations, trading is suspended for 5 minutes.

Why is Circuit Breaker essential in the market?

One of the key uses of a circuit breaker is to avoid panic-selling. During this period, traders are able to calm down, evaluate the situation logically, and make a suitable move.

Additionally, circuit breakers are helpful in stabilizing the market and building the traders’ confidence in it. This is because it acts as a ‘speed bump’ to avoid a market from crashing.

As stated above, there are several levels of circuit breakers in the US. These levels depend on the amount of declines in the S&P 500 index.

The first level of the Circuit Breaker happens when the S&P 500 index declines by about 7% from its closing price in a day. This circuit breaker usually lasts for a few minutes to let traders process the key data.

These three circuit breakers are also known as a market-wide circuit breaker (MWCB) because they are known for affecting the entire market. Some of the most recent MCWB happened during the start of the coronavirus pandemic in 2020 and during the 2010 flash crash.

In other times, a circuit breaker can happen in a specific stock when it declines by a certain per centage. In this case, the circuit breaker is known as a limit-up-limit down circuit breaker or LULD. These breaks prevents a stock from being purchased above or below specific ranges. These ranges are usually 5%, 10%, and 20%.

The chart below shows the New York Stocks Exchange (NYSE) stocks going through the LULD at the time of this writing.

How to protect yourself

The key to profitable trading is to operate within a framework of limited risks in order to maximize your returns. When trading amidst a circuit breaker, ensure you consider the following tips.

While this is a common part of the swing trading strategy, it is rather risky especially if the market is subjected to a circuit breaker. This is largely because influential news may emerge during these periods when you are not actively monitoring the market.

In such a scenario, the price of a particular entity may shift drastically without you being in a position to act accordingly.

Related » How (and Why) to Do Day Trading During the Weekend

There is no doubt that leverage is a crucial tool for every trader. It allows you to trade big, and make substantial profits, even when you have limited capital.

However, in the presence of a circuit breaker, it is crucial to use minimum leverage. Just as the borrowed funds can increase your profits, they can also amplify your losses!

In fact, the higher the leverage, the greater the risks. This is because during the phase of a circuit breaker, your stocks may go down significantly.

Since the leverage is a loan, the broker will still expect you to repay the amount.

This is a key tool in trading, which is used to stop a trade automatically when it reaches a certain price point.

It is useful in reducing the losses that you may incur in a trade. Based on the fact that the period prior to and after a circuit breaker is characterized by market volatility, you cannot afford to ignore this tool.

Market volatility offers traders numerous opportunities to trade profitably. However, such periods may attract regulatory measures such as circuit breakers. In the case of a circuit breaker, it is crucial to use limited leverage, avoid overnight trades, and use stop loss orders.

These tactics are aimed at reducing the risk of making hefty losses.

Everything is clear to me now after reading this article. Thank you for sharing this, I was able to gain a lot of information. great work.