Crossovers: What Are They? How Do You Trade Them?

Day Trade The World™ » Trading Blog » Crossovers: What Are They? How Do You Trade Them? 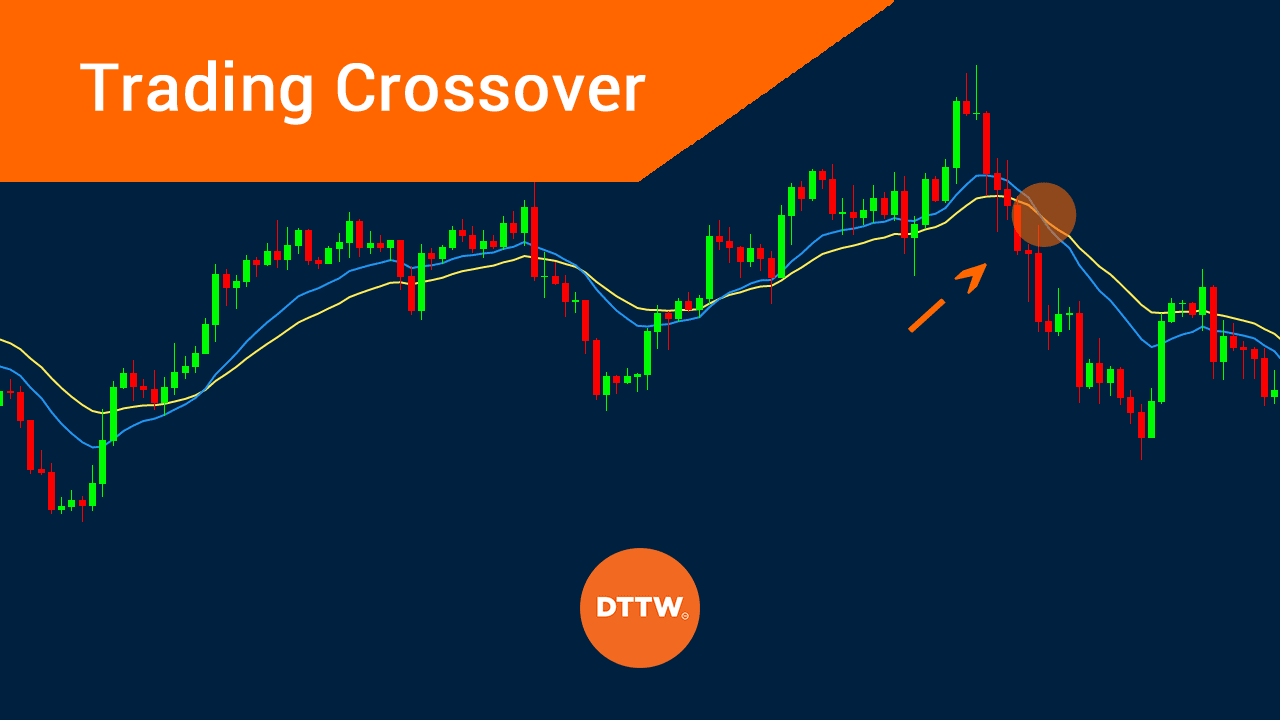 Crossovers are important concepts when day trading. Indeed, when used well, they are good pointers of where to buy or sell an asset. In this article, we will look at what crossovers are and how you can use them successfully in the financial market.

What is a crossover?

A crossover refers to a situation where two indicators cross each other. When this happens, it is usually a sign that a trend is about to change and a signal to buy or sell an asset.

Let us look at some of the most popular crossovers in the market.

The most popular crossovers are known as the golden cross and the death cross. The two happen when two moving averages cross and are therefore a signal to buy or sell.

A golden cross happens when a longer moving average - often a 200 period - and a shorter one crosses one another.

To starters, a moving average is an indicator that tracks the overall average of a price across a certain period. There are several types of averages, which include:

Moving averages are trend-based indicators. They are used to identify when a trend is about to form and when it is about to wane. If you'd like to learn more about how to identify a trend early, take a look here.

While there are many ways of using the moving averages, crossovers are one of the best. In this case, the idea is to add two averages of different durations and identify when they crossover.

In the golden cross and death cross, the most popular averages used are the 200-day and 50-day averages.

If the two crossover points upwards, they are usually a sign that bulls are winning and that the price will keep rising. Similarly, if they break out lower, it is a sign that a new downward trend is beginning.

While the 200-day and 50-day MAs are the most popular, most short-term traders come up with their preferred periods. The most common is a 14-day and 7-day moving average.

The chart below shows that the EUR/USD kept falling after the two moving averages made a crossover.

The moving average convergence and divergence (MACD) is an oscillator created using moving averages. It was developed by Gerald Appel more than 40 years ago and it has become one of the most popular indicators in the world.

While the MACD can be used to identify overbought and oversold levels, the most popular strategy is to identify where the two lines make a crossover.

As mentioned, the foundation of the MACD is on the 12-day and 26-day moving average. However, you can adjust these periods to match your trading strategy.

The Stochastic oscillator was developed by George Lane in the 1950s. It is one of the best-known oscillators in the market, with the others being the Relative Strength Index (RSI) and the Relative Vigor Index (RVI).

The %D is calculated by finding the 3-day simple moving average of the %K.

The crossover of %K and %D

Still, the most popular trading strategy of using the stochastic oscillator is to identify the crossover of the %K and %D.

The chart below shows a good example of the Stochastic oscillator.

There are several benefits of using crossovers in the financial market. First, they are relatively easy to use tools in the market. For one, it is easy to combine the short and longer-term moving averages. Also, it is easy to implement the other three types of crossovers that we have looked at above.

Second, crossovers can be used well in combination. For example, a crossover of the moving averages, stochastics, and MACD can be used to confirm when a reversal is about to happen.

Third, you can come up with a custom crossover trading strategy. Finally, you can easily automate the moving averages using a robot.

Trading crossovers is a popular thing among forex, stocks, and commodity traders. It is a relatively easy process to use and is one of the most accurate. However, to succeed, you will need to practice it for a while.

Also, you should try it well using your preferred parameters.