How (and Why) to Do Day Trading During the Weekend 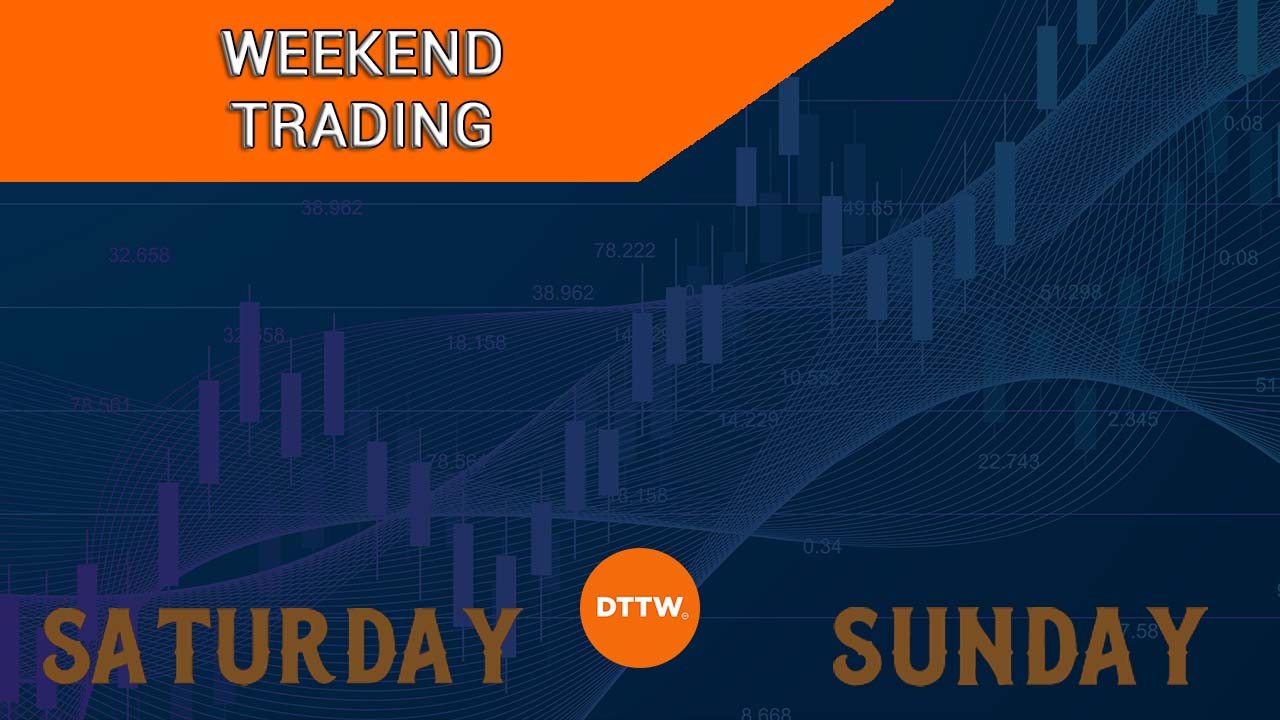 Day trading has become an important concept in the financial market. It is estimated that millions of people actively day trade on a daily basis.

Some are so passionate that they do not just do operations during typical working days but extend their activities to the weekend. One thing must be clear: not everyone can trade during the weekend. We will see why in short.

In this article, we will explain how to day trade during the weekend and whether it is a good idea.

Is it possible to trade during the weekend?

One benefit of day trading is that it can be tailored to suit all people. For example, the forex market, the most liquid of them all, is open for 24 hours per day, Monday to Friday. Therefore, it is possible for one to trade at any time of the day or night during the weekday.

While stocks have a short window during the day, concepts like pre-market and extended hours trading creates a good opportunity for people to trade and invest. For example, a part-time trader who has a nine-to-five job can decide to trade the extended session.

Why stock market is closed during the weekend

Another reason is that the weekend is considered a time of rest in the US and other countries. As such, after trading hard during the week, it is believed that taking two days off will help you recharge and become focused for the next day.

Still, some analysts and experts believe that the stock market should be opened for 24-hours 7-days per week. They argue that the small trading window inconveniences people who work Monday to Friday.

Assets you can trade during the weekend

As mentioned, it is possible to trade during the weekend. Here are some of the top assets that you can day trade on Saturday and Sunday.

A cryptocurrency is a financial asset that is developed using cryptography and blockchain technology. They include assets like Bitcoin, Ethereum, and Ripple.

Because of their technology, these assets can be traded at any time of the day, Monday through Monday.

Tokenized assets are financial derivatives that have been transformed into crypto assets. For example, you can transform Apple shares into a token.

By so doing, this process makes it possible for people to trade them during the weekend.

In some cases, it is possible to trade forex during the weekend. This service is offered by only a handful of brokers, with IG being the most prominent.

As such, since weekend trading data is not available, the company delivers its quotes by looking at market conditions and volatility.

Why trade during the weekend

A common question, therefore, is why should anyone trade during the weekend. There are several reasons why people may consider doing this.

First, trading during the weekend makes it possible for traders to make more money. For one, if you are good at making money on Monday to Friday, nothing prevents you from making money on Saturday and Sunday.

Second, trading during the weekend gives an opportunity to people who have nine-to-five jobs to participate in the market. By doing this, these people can take advantage of the financial market to supplement their income.

Third, trading during the weekend can be a good way to participate in some leading exchanges that are open. For example, exchanges in the Muslim word, including in Saudi Arabia, tends to be open during the weekend. Therefore, if your broker allows this trading, it will be a good thing for you.

Further, if you missed trading in a weekday, you can compensate the situation by trading during a certain weekend.

Finally, people trade during the weekend to take advantage of major news that come out during this period.

Weekend traders focus on several trading strategies. The most popular one is news trading, where they receive news and apply it in the market.

For example, a crypto exchange hack can lead to more volatility in the market. Traders who trade during the weekend can take advantage of these news events.

Another strategy is scalping, where a trader looks to benefit from small market movements. This process works by buying or shorting assets and holding the trades for a few minutes.

Another popular question is whether weekend trading is a good idea. Some analysts believe that it is not for several reasons, including:

We strongly recommend against trading during the weekend. Instead, you should spend time with your family, reading books, watching movies, and visiting your family members.

By doing this, you will be able to recharge as you wait for Monday. Further, this rest will help you prevent the situation of burnout.

Related » What Do Day Traders Do in Their Free Times?