How to Find Support and Resistance Levels in Day Trading 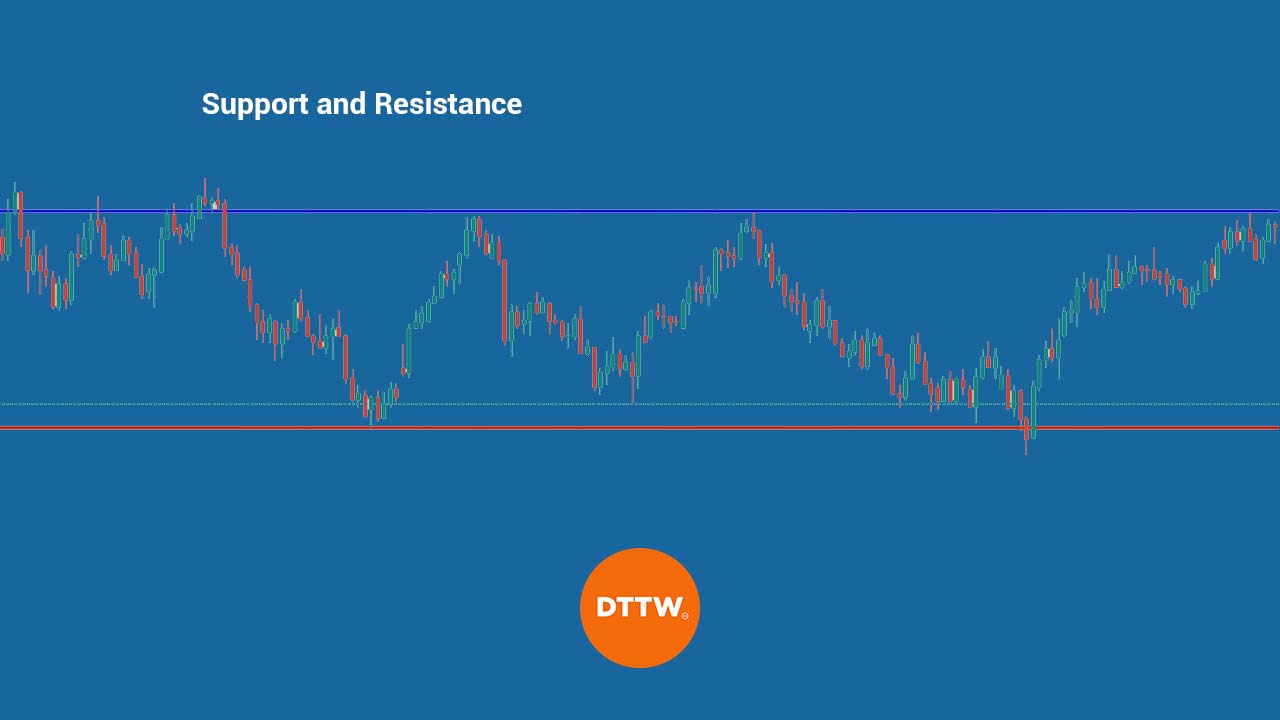 Traders use multiple strategies to trade in the financial market. Identifying patterns is one of the most common strategies in Day Trading. And using Support and Resistance will give you many advantages on it.

In the past articles, we have looked at concepts like technical analysis and fundamental analysis. Another common strategy used by traders is price action, which involves exactly to this, look at charts and identify patterns.

Andguess what's a common feature in technical analysis and price action? Yeah, the use of support and resistance. In this article, we will look at what this method is and how you can use it in the market.

What is Support and Resistance?

Support and resistance are levels where a financial asset find it difficult to pass.

A support is a level at which demand is said to be so strong such that it prevents a price from going below. It can be viewed as a floor where a currency or a financial asset struggles to pass below.

The logic behind this is simple: When a price of an asset is declining, it means that buyers become more inclined to buy and sellers more inclined to sell. When the price reaches the support level, it is thought that demand will overcome supply.

A resistance level is the opposite of a support. This is where selling is said to be very strong to prevent the price from moving higher. As the price climbs towards the resistance, it is thought that sellers become more inclined to sell and buyers become less inclined to buy.

A resistance level is thought to be a ceiling. The chart below shows a good example of a support (red) and supply (blue) on the USD/JPY pair.

Support (red) and Supply (blue) on the USD/JPY pair

How to Draw S&R Levels

There are several approaches of drawing support and resistance levels. The most basic approach is the one showed above. You simply draw a line that connects high and low levels. These  levels can be drawn horizontally (as shown above) or diagonally.

Another approach is to look at psychological levels (and we all know how much psychology affects traders). These are levels that have a significance importance to traders. For example, traders love levels that have round numbers. On the chart below, support and resistance levels appear on 108 and 114 respectively.

For example, on the Salesforce stock below, we have identified the key levels of support and resistance. If the price moves below the support at $199, the next key level to watch will be the 61.8% retracement at $180.

Finally, another way of determining a support and resistance is to use psychological numbers. For example, if a stock has rallied from $150 to $180, the next key resistance level will be $190 and $200.

These numbers are usually strong levels because of how memorable they are. Also, many traders are known to place their take-profits and stop-losses there.

Day Trading With Support and Resistance

There are several methods of using S&R. The best way is to trade using a channel. A good example is shown on the previous charts. The idea is to buy when the asset hits the support level and short when it hits the resistance level. This method works very well.

However, you need to be careful of a breakout. A breakout happens when the price moves past the support and resistance and starts moving higher. When it happens on a support, it means that bears have prevailed. This does not mean that the price will continue moving in the direction of the breakout.

In some cases, it may reverse, in what is known as a false breakout. The chart below shows when a breakout happens.

Another strategy is to use support and resistance levels as a way of putting a stop loss and a take profit. A stop loss is a location where you want to take the maximum loss.

A take-profit and stop-loss are mandatory tools for any serious day trader. A good example is what happened in the crypto industry in May 2021. After surging to an all-time high, the prices of most cryptocurrencies made a sharp dive. In this case, traders who lacked a take-profit and a stop-loss made substantial losses.

Using support and resistance as stops

Another popular trading strategy when using support and resistance is to use a pending order. For starters, a pending order is a situation where you direct a broker to buy or sell an asset at a future point.

For example, in the chart below, we see that the Apple stock has formed a strong support at $116 and a resistance at $135. At this stage, it is difficult to know whether the stock price will fall below the support or rise above the resistance.

Therefore, in this case, you have used support and resistance levels to find good entry points. Pending orders are also important because they are only opened when the price tests them.