5 Reasons You Should Consider Day Trading Instead Investing 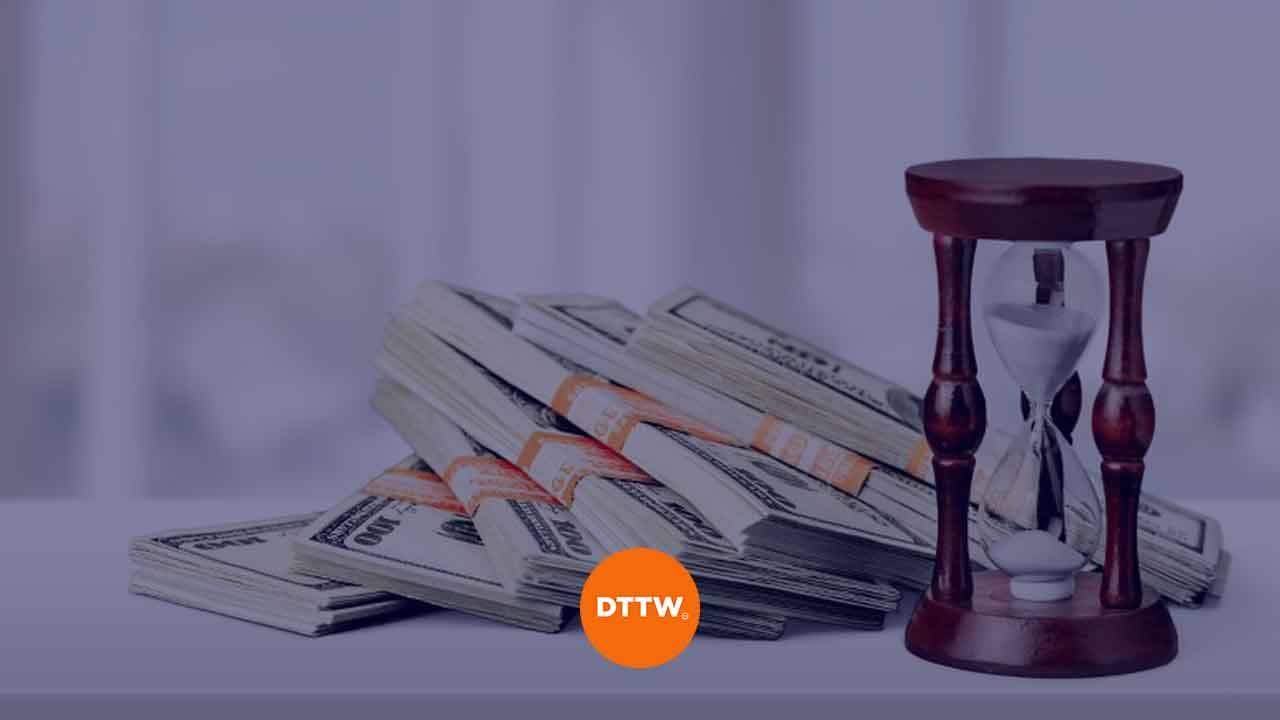 In the financial world, you can decide to follow a number of strategies to make it.

One, you can be a sell-side analyst (which means providing reports and analytical numbers to investors), an investor, or a trader.

The difference between a trader and an investor is in their approach to capital allocation. An investor looks at the intrinsic value of assets and then allocates capital with a long-term value. On the other hand, a trader looks at a market with a view if identifying short term opportunities.

When we was starting our trading journey, we was deeply inspired by careers of Titans such as Warren Buffet who is without a doubt one of the best money managers in the world.

Our goal then was to become a value investor. However, along the way, we realized that long-term investing was not for everyone.

The reason why Warren is so successful is that he has a war chest of money which enables him to acquire a significant part of a company. For a person with a few thousands of dollars, it would be difficult to do that especially when using leverage.

In this article, we will highlight a number of key reasons why you should consider trading instead investing. 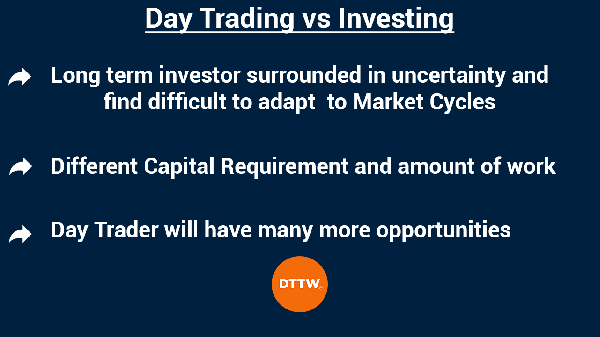 As we have written before, markets move with cycles. At one point in time, asset prices will move up while in other times, markets will fall. As a long term investor, you will not be in a good position to adapt to the market cycles.

For instance, during the financial crisis of 2008, most investors lost money. Titans such as Warren Buffet and Ken Griffin lost double digits.

On the other hand, Renaissance Technologies which is a hedge fund that trades had its best year, earning more than 80%.

This is because, as a trader, you can make decisions within a short period of time. Also, you are able to enter and exit trades depending on the direction of the trend.

Markets are difficult to predict. A good example is in the oil prices where no sell-side analyst correctly predicted the drop in prices (here the most significant).

Again, in 1999, sell-side analysts were busy producing reports praising tech companies they believed would be the next Coca-Cola. In 2000, the bubble bust and investors who had listened to these analysts lost money.

Or simply think of the Covid-19 emergency that hit the whole world in early 2020, with the Vix Index literally skyrocketed.

Vix Index in the first quarter of 2020

Thing is, things change. In the 80s when Warren made his investment in coca-cola, the market was enthusiastic about it. Now, with the health concerns of Coke, people are shifting allegiance in favor of healthier drinks.

A few years ago, Nokia was the world’s largest mobile phone developer. The company was so large that many ‘experts’ predicted that it would surpass Exxon Mobil as the biggest company in the world, and Billions of dollars were invested in the company.

People hoped that the company would continue with its innovative nature. However, when Apple came up with the iPhone, Nokia dismissed it saying that people would not shift to such phones. Today, Nokia as a mobile company does not exist, and its value has been washed away.

The essence of all these is that while long-term investing has made people a lot of money, it is surrounded in uncertainty. On the other hand, day trading removes the uncertainty aspect.

→The Best Safe Haven Assets to Own In Times of Uncertainty

For an investor, to make money you need significant amount of money. This is particularly because you are an owner of the company. Therefore, if your investment is little, large investors will not listen to you.

As stated above, the reason why Warren Buffet has become so successful is that he has billions of dollars at his disposal. Therefore, he can easily buy any company and influence decisions.

For an ordinary trader, it makes no sense of owning a company that you don’t have a voice in.

To be an effective long-term investor, you need to do a few things. For instance, you need to have your views brought up in the company’s management. This can be done by being a member of the board of the company.

Alternatively, you can achieve this by being an activist investor by publicly airing your views to the management.

The challenge of doing all this is that you need to have a certain amount of ownership to the company. An individual who owns less than 1% of the company will most probably be ignored by management, as just stated above.

So, you also need to have some media connections to ensure that your views are heard by the management.

All this is too much!

As a day trader, you will never need these. You will not need to do a lot of research about a company.

For instance, during the earnings season, all you need to do is to analyse the company and buy or sell and wait for the announcement. In short, We believe that day traders are at a better place to maximize opportunities that long-term value investors.

However, this long-term value investing has its own advantages in the amount of work one is required to do. For instance, Warren Buffet does not need to look at his trading dashboard on a daily basis. He is comfortable with dips during his trading.

Don't Live in your platform!

The disadvantage of short-term trading is that too much of anything is poisonous. By being always on your trading platform, chances are that you will make mistakes along the way.

This happens all the time. Where you open a trade, and win only to open another one again and lose. Good thing about this is that you can control what you make and what you lose.

By having a take profit and a stop loss, you will be at a good position to control what you make and what you lose.

Another reason we opted to be a day trader rather than an investor is on the number of opportunities that arise when trading. Investors don’t have the advantage of shifting their allegiances within minutes or in often cases seconds.

We all know how the market reacts when there is an important news such as a jobs number (is a part of the so called news trading).

The perception of an investor who buys a stock or currency for the long-term is that they understand how the numbers will move. Unfortunately, not even the brightest stars in Wall Street can accurately predict these numbers.

Therefore, a trader will always have a lot of opportunities to trade during such times.