How to Use Double Tops and Double Bottoms in Trading 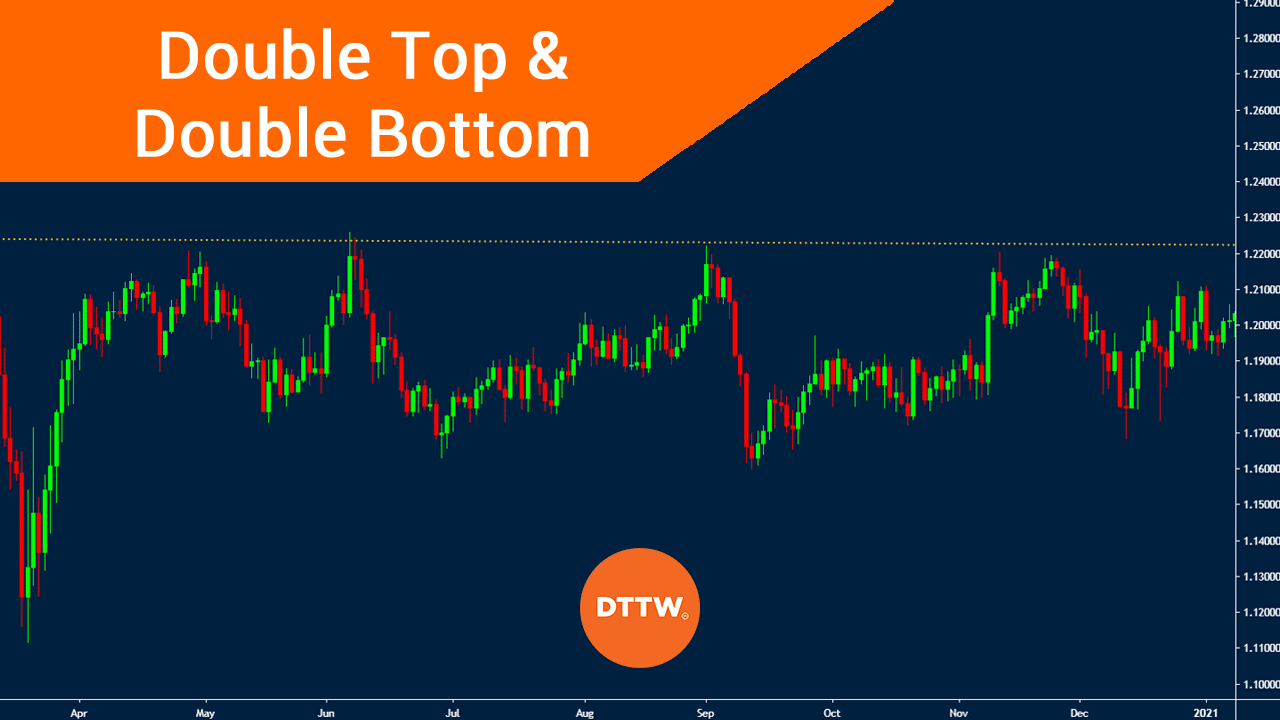 Chart patterns are important features used in the price action trading strategy. They refer to the process of looking at charts on all timeframes and then identifying the various patterns. You can then use these patterns to predict the future movement of a financial asset.

In the past, we have looked at other chart patterns in the market, including triangles, bullish and bearish pennants and flags, and cup and handle patterns.

A double top is a bearish reversal pattern that forms in all financial assets, including stocks, commodities, forex, and exchange-traded funds. The pattern is formed when the price of a financial asset forms two peaks at the same level.

In other words, the price faces substantial resistance in a level as bulls struggle to move above it. When this happens, the overall prediction is that the price will then have a pullback in the near term.

How to identify a double top pattern

Identifying a double-top pattern is a relatively easy process. First, you need to identify a financial asset whose price is rising. Then, you should spot when it made the first pullback and the second pullback. In most times, the level of the pullback will be the same and is known as the neckline. If you spot such a pattern, the likelihood is that the price will drop when it hits the second peak.

A good example of this is shown in the GBP/CHF chart below. As you can see, the pair started moving upwards when it bottomed at the 1.1113 level. It then soared and reached the first peak at the 1.2200 level and then started dropping. Then, it arrived at the same level a few months later, sending a bearish signal. The price then dropped and moved slightly below the neckline,

As you can see, this pattern continued for a few months whereby, it dropped after hitting the resistance level.

So, why is the peak of the double top pattern important?

Therefore, when using this approach, it is vital for you to work with tools like the Fibonacci and Andrew’s pitchfork.

The double bottom is the exact opposite of the double top pattern. It forms when the price of an asset finds a strong support at a certain level. At this stage, some bears start to exit, which pushes the price higher. It then rises to the neckline, where it finds resistance. Finally, it drops and reaches the initial level of resistance and then bounces back.

The pattern ends where the price breaks out higher.

A good example of this is in the AMC shares shown below. For starters, AMC is an embattled company that runs the biggest theatre chain in the United States. Due to Covid, the company has seen its revenue fall as people stay at home. Film companies have also been putting-off new movie launches.

At the beginning of 2021, we saw that the share price was also forming a double bottom pattern. As a result, we could easily predict that the price is bound to bounce back.

Like in the double top example above, we also see that the price found a strong resistance at the 38.2% Fibonacci retracement level.

There are several benefits of using the double bottom and double top patterns in the financial market.

First, as you have seen above, they are relatively easy to identify. You just need to do a visual assessment and use the trendline tools that are offered by your trading platform to draw them.

Second, it is easy to incorporate other trading tools when using the double top and double bottom. As you have seen above, we have easily incorporated the concept of Fibonacci retracement. Also, it is relatively easy to use technical indicators like the Relative Strength Index (RSI), momentum, and the Relative Vigour Index (RVI).

Third, while the double top and bottoms are not always accurate, they often lead to positive results. This is because the concept is ingrained in the minds of other financial traders.

However, there are several disadvantages or cons of using the double top and bottom pattern.

First, like all chart patterns, they are not always accurate. At times, instead of a reversal, the price could continue moving in the original direction. A good example is in the USD/ZAR pair shown below.

As you can see, the price formed a triple-bottom pattern and ultimately broke-out lower.

Second, the double top and bottom patterns are relatively rare in the market. At times, it will take you a substantial amount of time before you spot these patterns.

Third, and finally, the patterns are not always useful for scalpers and ordinary day traders. That’s because the two patterns can take a few months to form fully.

Double top and double bottoms are important concepts in the financial market. They are vital patterns that you can use to identify reversals across all asset classes. They are also relatively easy to identify.

Therefore, we recommend that you take time to study, test, and use them in your day trading.

Good Post. I appreciate you making this article available.