How to Use the Ease of Movement Indicator 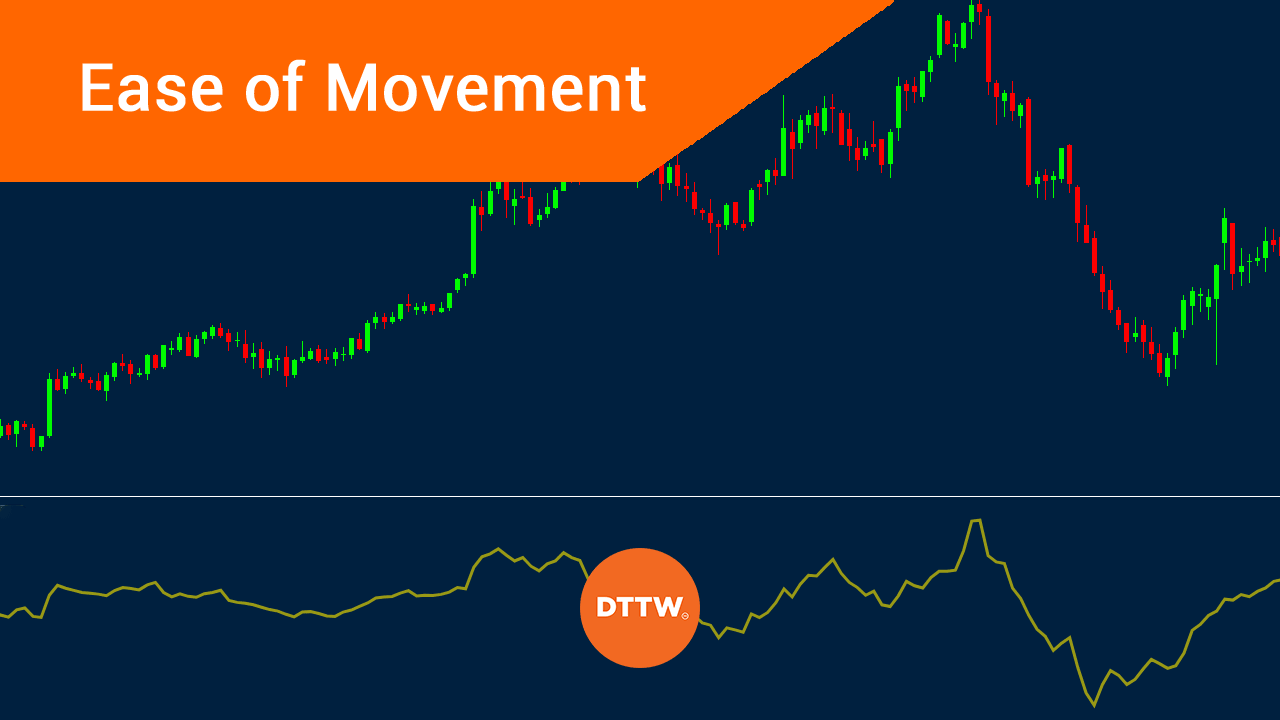 Volume is one of the key items in day trading, as we have mentioned before. It refers to the number and size of orders that are being filled in the market. In most cases, a high volume is usually viewed as being positive for the price compared to a low volume environment.

We have just looked at some of the popular volume-based indicators like the money flow index, VWAP, and accumulation and distribution. In this article, we will look at the ease of movement indicator, which is another popular type of volume-based oscillator.

What is the ease of movement (EOM) indicator?

Developed by Richard Arms, the Ease of Movement (EOM) indicator aims to explain the relationship between the price of an asset and the volume. These are usually the most useful aspects of the financial market.

Also, as the name suggests, the indicators’ goal is to find whether the price will rise or fall with little resistance. In most cases, if the price is able to move easily, they will continue doing so for a substantial amount of time.

As an oscillator, the ease of movement indicator is usually shown as a line that moves up and down. It oscillates between a positive and a negative figure. Indeed, when applied in a chart, the indicator usually looks like the momentum indicator, which we have covered before.

The chart below shows the two indicators applied in the EUR/USD pair. The EOM is in green while the momentum is in blue.

While the EOM is a highly-effective indicator, it is unfortunately not provided by default in the MetaTrader environment. But you can always download it in the MT4 and MT5 marketplace and install it manually. Many other advanced charting platforms offer the indicator by default.

How the EOM is calculated

As with all technical indicators, the EOM is calculated using a combination of various mathematical concepts. However, as we have written before, there is no need for you to know how the indicators are calculated. Instead, you just need to know the meaning of the indicator and how to apply it in the financial market.

There are three main parts of calculating the ease of movement indicator.

As you will find out, the distance will be positive if the current midpoint is above the previous midpoints and vice versa.

#2 The next stage is where you calculate the box ratio. In this, Arms suggested using a volume of 100 million to make it relevant with other numbers. The formula is:

#3 Finally, the period’s ease of movement indicator will be the 14-period simple moving average of the 1-period EMV.

How to use the EOM in trading

Ideally, a buying opportunity usually emerges when the ease of movement indicator has moved substantially below the neutral line. In this situation, the price of the asset is usually said to be extremely oversold. In this case, you should buy the asset and continue holding it so long as the EOM indicator is rising.

A good example of this is in the Microsoft shares below.

Similarly, a short opportunity should be grasped when the EOM indicator moves to its highest level. This is usually a sign that the price of the asset is getting overbought. As such, you should hold it until it starts to reverse.

Most traders draw a horizontal line at the zero line as a guideline. A good example of this is shown in the chart below.

Further, some day traders use the ease of movement indicator to find divergences. A divergence happens when the price of an asset is moving in the opposite direction of the indicator. When a divergence happens, it is usually a sign that the original trend is starting to wane, as shown below.

Pros of the ease of movement indicator

There are several key benefits of the ease of movement indicator. These are:

Cons of the ease of movement indicator

Similarly, there are several cons or disadvantages of the EOM indicator, including:

The ease of movement indicator has been around for decades. It is one of those indicators that uses volume to provide guidance about the market. However, as mentioned, it is often useful among position traders who buy and hold financial assets for a long time.

To use it, we recommend that you use it in a demo account before you use it well.