EBITDA Explained: What it is and why it Matters 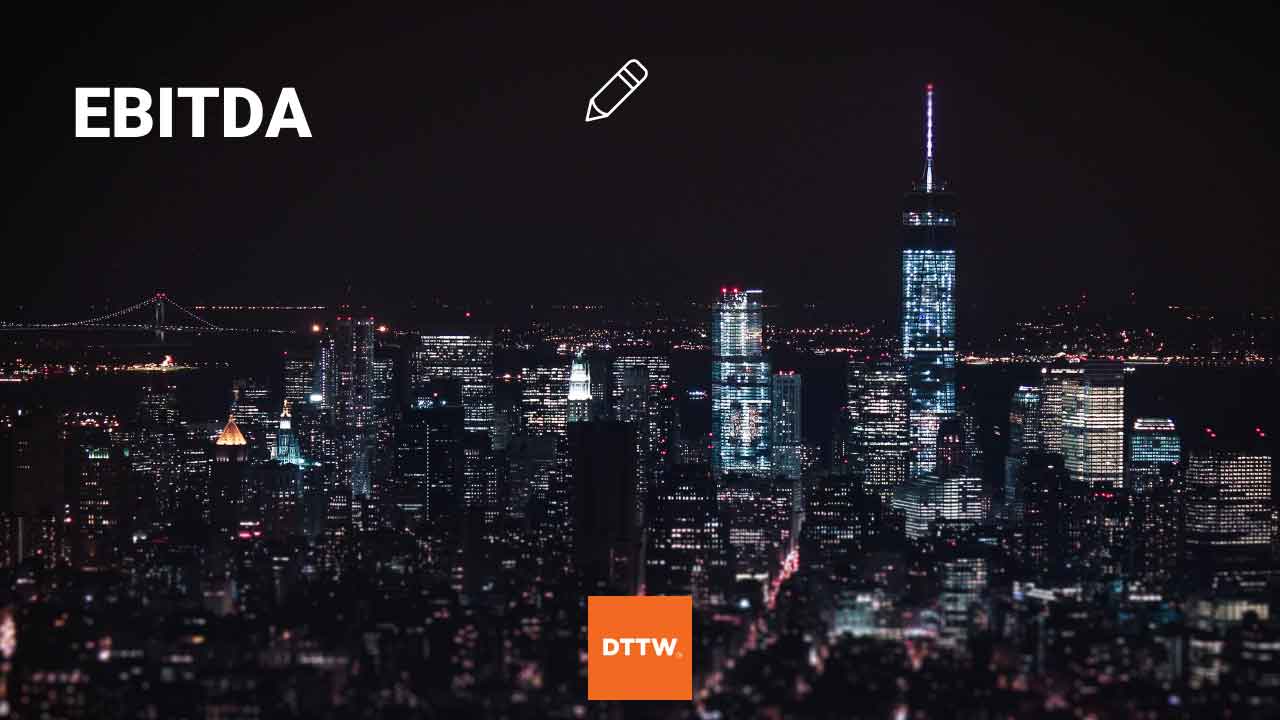 EBITDA is an acronym for earnings before interest, taxes, depreciation, and amortization. Similar to other metrics such as net income, earnings, and revenue, it is used to measure the financial performance of a company.

The excluded aspects include:

Although EBITDA is an important concept in financial analysis, it is not necessarily relevant to traders. While investors focus on fundamentals such as revenue and earnings, traders are more interested in charts.

You could find EBITDA in stock screeners.

It refers to the expenditures incurred by a firm as a result of the interest rates of a loan. Its exclusion is founded on the fact that companies have different interest expenditures based on their unique financing structures.

Expenses incurred by a firm due to the tax rates enacted by the government at the local, state, or national level. Taxes do not determine the performance of a firm’s management.

This form of indirect expenditure refers to the gradual reduction in the value of a firm’s asset. It depends on the firm’s past investments rather than its present performance.

It is another type of indirect expense that accumulates over time in the form of intangible assets. The exclusion of this component is similar to that of depreciation. Just like depreciation, amortization is dependent on past investments as opposed to the current performance.

How to Calculate EBITDA

All the details needed to calculate EBITDA are available in the company’s income statement. There are two approaches of calculating this measure of financial performance.

Some of the websites where you can get a company’s EBITDA directly include Investing.com and Seeking Alpha.

As indicated in the table above, the net earnings result from the deduction of all the incurred costs. Since taxes, interests, depreciation, and amortization are part of these expenses, EBITDA is calculated by adding these figures back to the net earnings.

Companies measure their profitability differently. There are some that use EBITDA as a measure of profitability and those that use net income as a measure. As mentioned, the EBITDA is a company’s earnings excluding its interest, taxes, depreciation, and armotization.

The net income, on the other hand, refers to a company’s earnings excluding all costs involved, including the ITDA. This is usually a key measure about whether a company is making a profit or a loss. Still, while the net income is a good number, most professional investors look at the per share element. This is where they look the overall profitability based on per share.

Earnings per share calculated by dividing a company’s profit by the outstanding shares. As such, you can see whether your income per share is rising.

How to use EBITDA as a trader

In most cases, a big part of traders don’t focus on financial metrics like EBITDA, revenue, and net income. This is because they are mostly focused on chart analysis. However, as an investor, ther are several ways you can use the metric.

First, you can look at EBITDA growth. This is the process of seeing whether a company’s EBITDA is growing and at what rate. Ideally, you should invest in companies that are seeing quality EBITDA growth.

Second, you can use EBITDA to find out whether a company is overvalued or undervalued. One of the best metrics to use in this is known as the EV to EBITDA. In this, you simply look at the dynamics of the enterprise value of the company compared with its EBITDA. A small number usually sends a picture that the company is undervalued.

The Pros of EBITDA..

Its calculation is straightforward

All the components included in EBITDA’s formula are included in a firm’s income statement. Besides, several websites offer the actual figures for various companies; an aspect that makes it easy for investors to use the numbers in their financial analysis.

Components such as tax rates, interest rates, and depreciation vary from one company to another. By excluding such elements from the calculation, one is able to get the actual operating performance of the enterprise.

EBITDA allows investors to focus on a firm’s baseline profitability. As such, it is considered to be a reliable measure of a company’s fiscal security.

It can be used to conceal a company’s financial weaknesses

EBITDA can be manipulated to make a financially-burdened business appear stable. It discounts crucial information in a firm’s financial statement; an aspect that makes it easy for the management to hide its fiscal challenges.

It does not acknowledge amortization and depreciation as actual costs

Equipment and other resources in a firm are bound to depreciate and reduce their use with time. Additionally, patents and copyrights are only valid for a specific period of time.

EBITDA does not consider such expenses when evaluating a firm’s fiscal performance.

EBITDA is a reliable measure of a company’s financial performance. One of the benefits of using this approach is its ease of calculation. However, it can be manipulated to hide a firm’s fiscal weaknesses.

Notably, it is more applicable to investors than traders. This is largely because while investors focus on a company’s earnings and other relevant figures, traders are interested in charts.