What Is a Yield Curve Inversion? Everything You Need to Know 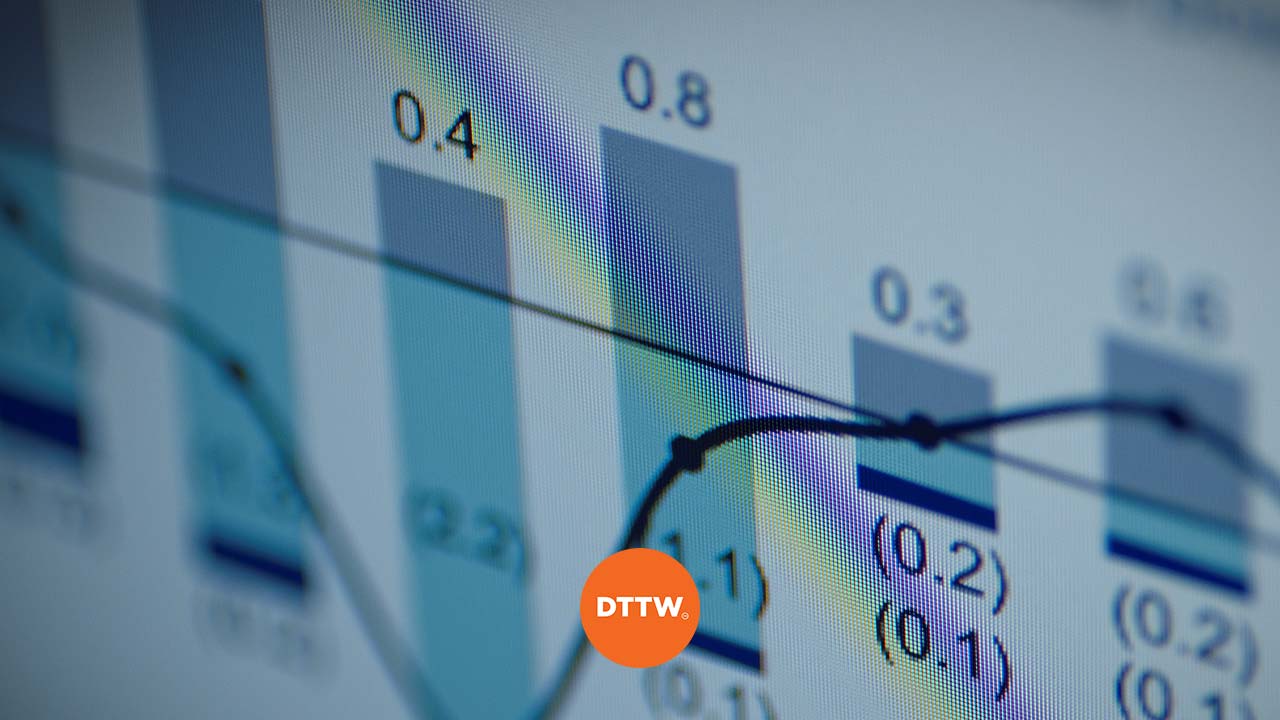 Traders and investors are always on the alert, not only to seize the profit opportunities offered by the market but also to understand if and when a recession is coming. The inversion of the Yield Curve is one of the factors that, in this sense, are most useful.

In this report, We will explain what a yield curve is and why investors are worried about it.

→ How to deal with uncertainty and volatility

What is yield curve inversion?

A yield curve inversion refers to a situation where the short-term government bonds offer a better yield than the longer dated ones. When it happens, it usually signals that investors are getting afraid about the current state of the economy.

In most cases, a yield curve inversion is usually a sign that a recession or a major shock is about to happen. To understand what an inversion is, let us first explain what government bonds are and how they work.

What are Government Bonds?

The best way to start explaining what a yield curve is is to look at the bond market. The government is always in a constant need to raise money! It uses this money to fund development and pay salaries.

The easiest and most affordable method of raising funds is to issue government bonds. These bonds are usually short and longer-term bonds.

In a normal period, a longer-term government bond will have a higher yield. This is because most people are not interested in holding a bond for 30 years. The longer period is usually so difficult to predict. Therefore, longer-term bonds are usually better-yielders than the short-term ones.

A yield curve is said to invert when the yield on the short-term bonds is better than the long-term bonds. When it happens, investors tend to be expecting that there will be a short-term risk to the economy.

As such, they exit stocks and rush to the safety offered by the short-term government bonds. As they rush into these bonds, their yields decrease, or else, their price increase. 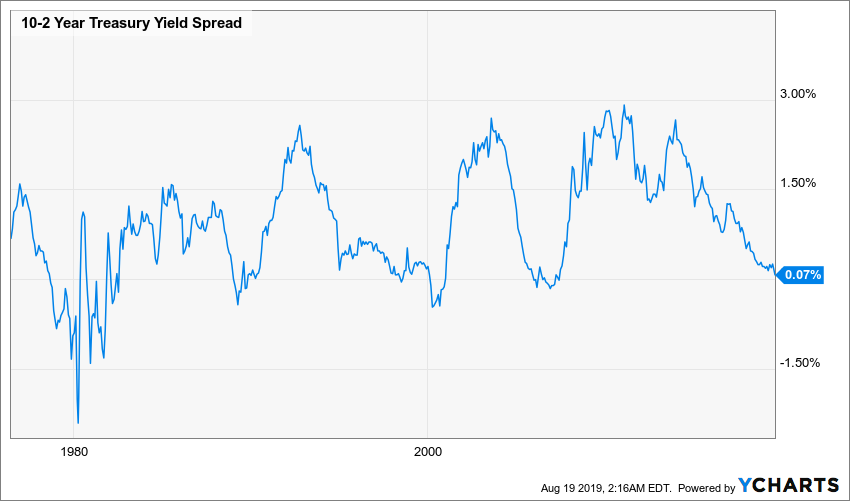 In this chart, the recessions are shown by the dark vertical lines. 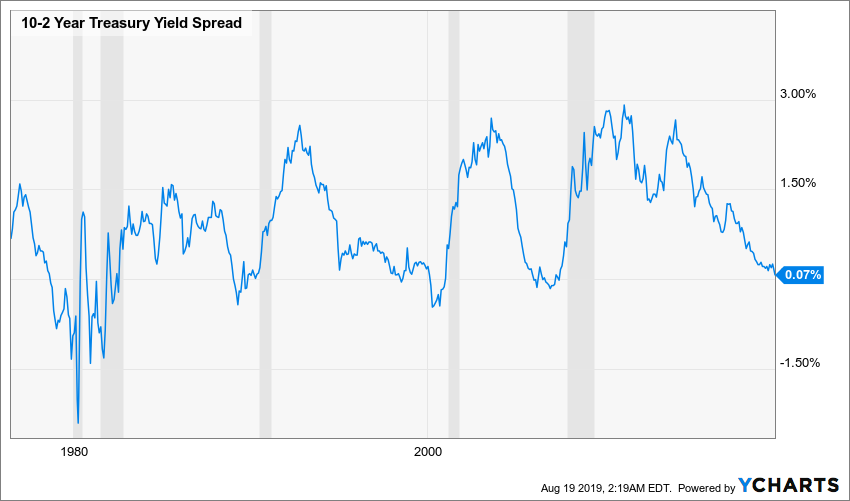 Government bond yields can move in three distinct ways. In a normal situation, yields of longer-dated bonds tend to do better than those of short term bonds. The logic behind this is simple. If you lend someone money for 5 years, you will need a better return than if you lend them for 2 months.

There is no singular cause of the inversion of the yield curve. In fact, when they invert, it is usually because of a combination of many factors. For example, part of the reason why the yield curve inverted before the 2008 recession was that there were risks of household mortgage defaults.

In early 2000s, instead, the inversion was partly caused by the bursting of the dot com bubble.

The inversion this time has been caused by a number of factors. First, Donald Trump had upended the global order by initiating trade wars with countries like China. These wars have seen him increase tariffs levied against the country.

Second, there are other smaller trade wars. For example, Japan and South Korea are time by time engaged in a trade conflict.

Third, Brexit was a major cause of concern as investors fear about the impacts of a no-deal Brexit. The European economy has been easing, with countries like Germany was expected to go into a recession.

How to spot a yield curve inversion early

Successful traders are those who are able to identify yield curve inversions early on. The only way of identifying such a situation early is to look at the overall performance of government bonds. Fortunately, there are many free platforms that provide this data like TradingView and Investing.com.

Yield curve inversion is an important concept in the financial market. However, in most cases, the concept usually works well for investors, who have a long-term view of the market. This is mostly because a yield curve inversion does not lead to a major market shock instantly. It can take a few months for the shock to materialize. Therefore, as a trader, you should use the curve just for reference.