Everything a Day Trader Should Know about Trading SPACs 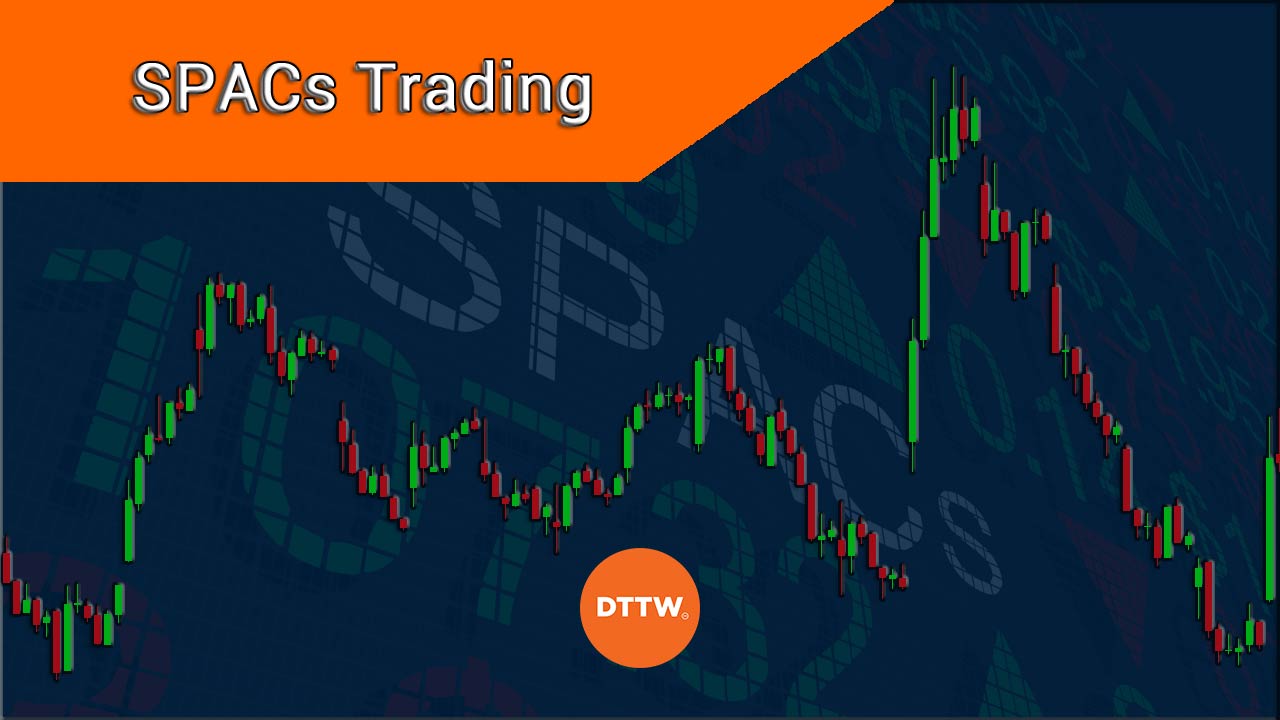 A Special Purpose Acquisition Company (SPAC) is a blank-check firm that goes public for the purpose of merging with an existing company. They became increasingly popular in 2020 and 2021.

In this article, we will explain what Special Purpose Acquisition Companies are, how they work and how to trade them.

What is a SPAC and how does it work?

A SPAC is a company that has no product or service and is often formed in a short period. The company then raises funds from investors and goes public, where its stock starts being traded.

After this, the firm’s sponsors will go ahead and find a company that they will merge with.

The journey of a SPAC starts with a sponsor, who is often a well-respected individual in the financial industry. For example, Bill Ackman raised $4.4 billion from investors because of his reputation as a famous Wall Street investor. Similarly, Chamath Palihapitiya raised millions of dollars for his four SPACs.

After a SPAC goes public, the next key stage is where the sponsors work to find the company to merge with. Ideally, the acquisition company will take a minority stake in the company.

After the merger process, the SPAC will assume the name of the acquired company. A good example is Digital World Acquisition Corporation (DWAC) that will take Trump’s social media company public.

Structure of a SPAC

There are two main structures of a Special Purpose Acquisition Company: pre and post deal closing.

Before the merger deal closes, the SPAC company’s shares usually trade in the market. In most cases, the stock usually trades thinly because of the lack of major news. However, more volatility usually happens when the company announces the partner that it will merge with.

In other words, the pre-season usually involves several stages like:

The second phase is after the SPAC deal closes. This is where investors and traders start focusing on the performance of the company instead of the SPAC. Here, they will focus on the company’s announcements and earnings.

Historically, SPACs have not had a good reputation. Indeed, most of them that went public in the past few months have all tumbled.

Example of well-known companies that went public in form of SPACs are: Virgin Galactic, Clover Health Investments, NextDoor, SoFi, Bakkt, EVGO, Taboola, Payoneer, 23andme, Matterport, and Lucid Motors. As shown below, these shares have not done well in the public markets.

Why do SPAC have bad performance?

There are several reasons why SPAC companies don’t do well in the public market. First, they are usually loss-making companies. Therefore, investors tend to prefer companies that are showing signs of growth.

Second, they usually have vague disclosures. In a normal IPOs, a company needs to furnish its investors with all information about their operations. This is done through the S1 report, which is a comprehensive report published at the SEC. In it, the company highlights its profitability, risks, and all other details.

With SPACs, this is usually not the case since the acquiring company can buy any company regardless of their stage. For example, DWAC announced plans to merge with Trump’s social media company even though it had no product.

Differences between SPACs and IPOs

There are several differences between Special Purpose Acquisition Companies and normal IPOs. In a SPAC, the company that is going public is usually a blank check firm that has no product. As a result, its documents filed with the SEC are not all that in-depth.

In a normal IPO, the situation is different because the company needs to submit comprehensive documents with the SEC.

The second difference between as SPAC and a normal IPO is that about time. In a SPAC, the sponsor takes a shorter period to list because of the limited disclosures that are needed. A company going public through a Special Purpose Acquisition Company usually takes less time.

An IPO is different because of the filings that are required. Also, IPOs require a roadshow, where the company moves to leading institutional investors to make their case.

A SPAC is also cheaper to implement than an ordinary IPO. Historically, IPOs usually costs more because of the vast number of entities that are required. These entities include lawyers and advisors from leading companies like Goldman Sachs and Morgan Stanley.

Another approach that is becoming popular among companies is known as direct listing. It refers to a situation where a company goes public by selling its shares directly to investors. It differs with an IPO because the company does not offer new shares to investors.

Therefore, direct listing is different from a SPAC because of how the deal is structured. In a SPAC, the company just merges with an existing company that is already public.

How to trade a Special Purpose Acquisition Company

You can invest and trade SPAC companies directly. The alternative is where you focus on SPAC ETFs. These are funds that have been created to track companies that went public using ETFs. Examples of these ETFs are:

SPACs have become large failures in the financial market. Some analysts believe that they are equivalent to ponzi schemes in that they take companies with shady backgrounds public. The lack of disclosures by these firms is the biggest risk.

Nevertheless, they've become quite popular in recent years, so it's worth knowing how they work.