Palladium Trading: Everything You Need to Know About It 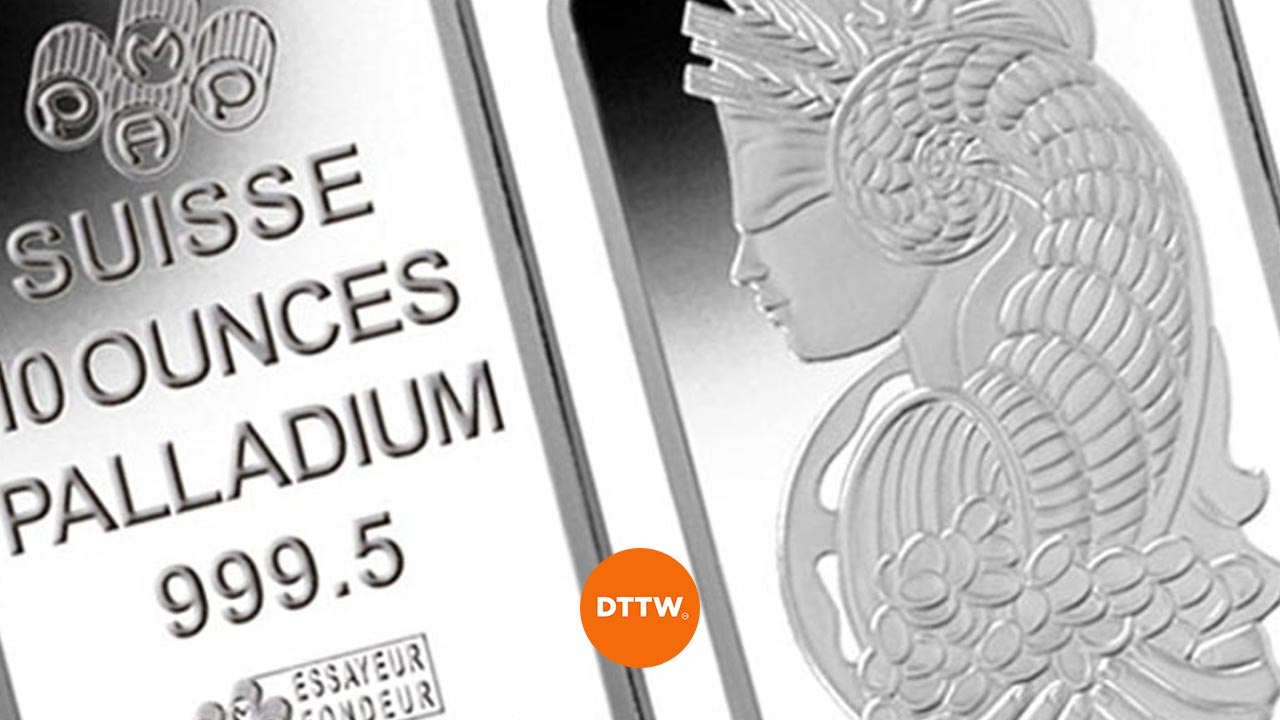 It is therefore obvious that this is a commodity that has proven to be excellent for long term traders. Let's see, however, if there are also chances for day traders to make profits.

In this article, we will look at what palladium is and how to trade it.

Palladium is a precious metal found deep inside the earth’s crust. It is white in color and is found mostly in South Africa, Zimbabwe, and Russia. It belongs to a group of metals known as Platinum Group Metals (PGMs). Other metals in this category include rhodium, platinum, ruthenium, osmium, and iridium.

In its mining, palladium is mostly a byproduct of other metals such as platinum and nickel.

What is it used for?

As a catalytic converter, platinum is placed in the exhaust pipes to help reduce the amount of carbon released in the atmosphere. It is also used in the jewelery and dentistry.

The price of palladium has moved significantly higher, becoming the best-performing metal for more than two years in a row. The reason for this is that governments in Europe and China are starting to be very serious about compliance issues. They are doing this to reduce the amount of carbon emitted from the vehicles (focusing on electric ones).

This increase has led to an increase in demand for palladium. At the same time, supply is tightening as the cost of mining the core platinum and nickel increase.

The core of the rising demand for palladium is the ongoing trend to cut carbon emissions and the Volkswagen emissions scandal. The scandal (Dieselgate) happened when it emerged that the company was using a cheating device to lower its emissions during testing. As a result, the firm was forced to pay billions of dollars in fines to settle the claims.

A recent report said that the amount of palladium produced is projected to fall against demand for the seventh straight year. Another reason for the current pricing is that speculators such as hedge funds are increasing their ownership as prices rise. This is based on the futures market data.

Finally, another reason why palladium price is rising is that there is an ongoing demand and supply imbalance. The deficit of palladium is estimated to rise as demand for cars rise. Consider the headline below.

How to trade palladium

Buying physical palladium is a difficult thing to do for ordinary traders like you. It is more difficult because it tends to be difficult to exit. Therefore, a good way to do it is to use the financial instruments such as those provided by Day Trade The World.

The benefit of doing this is that there is a lot of liquidity in the market. This means that you will always have simple ways to exit once your target is reached. In addition, if the price reverses, you can easily exit and even short it to benefit.

Another reason is that leverage can help you trade more. For example, if you have $1000 and you want to trade palladium, you can apply a leverage of 10X. This will allow you to open stakes worth up to $10,000.

There are several ways of trading palladium. First, you could trade palladium contracts-for-difference (CFDs) that are offered by several online brokerages.

Second, you could trade physical metal. Some people are known to buy palladium coins as part of investments. This is a relatively costly and insecure method of trading the metal.

Third, you could invest in stocks of companies that deal with the metal. Some of the publicly traded companies that mine palladium are Sibanye-Stillwater, Impala Platinum, and Anglo American

Finally, you can trade in ETFs that have an exposure to palladium: Physical Palladium Shares (PALL) and Sprott Physical Platinum and Palladium Trust.

There are several fundamental events that have an impact on palladium prices. These are:

Like all assets, there are risks of trading palladium. Some of these risks are: