Financial Terms: 10 (and more) You Must Know as a Trader 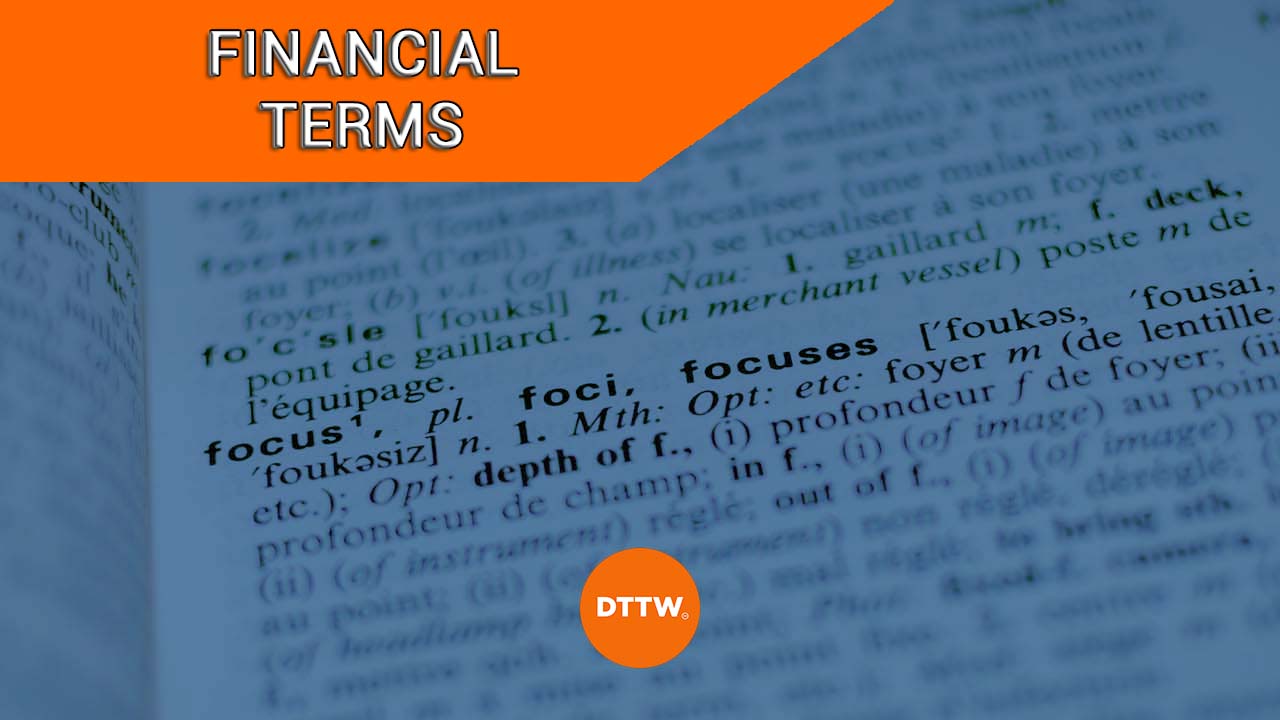 Just like in all fields, the use of jargon is very common in the financial market. In the technology world, a term such as unicorn which refers to companies that have crossed a billion-dollar valuation is very common.

In law, a term such as plaintiff is used to refer to a person who has brought a lawsuit. In economics, a word such as parity is used instead of equality. In medicine, instead of just saying start of a disease, doctors say the onset of a disease.

In all other fields that you can think about, the use of jargons is very common!

Linguistic researchers have identified that the main reason why professionals use jargon in their careers is to distinguish themselves from ordinary people (who are not in the profession).

In this article, we will look at key financial terms you need to understand as a trader.

There are several benefits of learning and having a good understanding about jargons in the financial industry. First, for a new investor and trader, it will help you understand the terms that you hear commonly. For example, a term like "taper" is commonly used by central banks when they are about to start quantitative tightening (QT).

Second, knowing financial jargons will help you understand the lingo by financial analysts and institutions like the Federal Reserve and the Euopean Central Bank (ECB). At times, even for experienced traders, it can be difficult to understand what Fed statements mean.

Third, at times, many traders and investors tend to suffer because of their lack of knowledge on key terms. Some of these jargons are used in interviews, press statements, and earning statements.

Of all the terms that we find quite odd, arbitrage comes first. In ordinary folk, the term arbitrage is a method of conflict resolution where a neutral person is used as a mediator. However, in the financial world, arbitrage is more complicated than that.

It simply means the simultaneous buying and selling of related assets either in the same market or different geographical markets. For instance, a trader can buy United States oil while simultaneously selling short oil from Europe.

There are a number of types of arbitrage which include:

In the normal English, gilt refers to a situation where something is covered by a thin layer of gold. In the financial market, gilts are bonds that are issued by the United Kingdom government.

As a result of the UK’s credit rating, these bonds are known for their security. Bonds from most countries are known by their nicknames:

Ordinarily, we refer to the United States currency as the dollar and the British currency as Pound. In the financial world, investors use different names.

Different currency pairs are also known in different terms with the GBP/USD being referred to as the Cable and the EUR/GBP as the Chunnel.

As a trader, it is important that you become acquainted to these terms because their use might lead to huge movements.

In the financial world, these two terms are very important (and also are very common). In real world Alpha is the first world in the Greek alphabet while Beta is the second letter.

In the financial world, Alpha is used to refer to performance that goes against the market in a positive manner. A fund manager achieves alpha is he makes money in a declining market.

Beta on the other hand is performance that is in line with the market conditions. For instance, if the market goes up by 10% and a fund manager scores 10%, then this is known as a beta performance.

QE is a term that is gaining a lot of media attention. While central bankers won’t admit it, QE is simply a strategy of printing money to spur growth. This money is used to buy millions of assets.

It was first implemented in the United States after the 2008 financial crisis by Ben Bernanke. It was then adopted by other central banks like the ECB, RBA, Bank of England, and Bank of Canada.

Quantitative easing became more popular during the Covid-19 pandemic. At the time, central banks were buying billions of government and mortgage bonds per month. The Fed was the most aggressive as it bought bonds worth $120 billion per month.

The chart below shows how the Fed’s balance sheet rose since 2004.

Quantitative tightening (QT) is the opposite of QE. It is a process in which a central bank reduces its balance sheet. It does this by selling its financial assets like bonds and mortgage backed securities (MBS) or by letting them expire.

QT happens in a time when a central bank wants to fight inflation and when things are going on well.

The world of M&E can be brutal because the buyer always want to pay less while the target company want to be paid more money. In case of a sweetheart deal, an acquirer offers to buy a company at a very friendly rate.

The opposite of this is a hostile takeover where the acquirer and the company being acquired are engaged in serious and difficult negotiations.

→ How to Trade Merger and Acquisitions

Bullish and bearish are two of the most popular financial jargons you will experience in the market. They are relatively easy to understand.

Hawkish and dovish are two terms that are used when describing sentiment of central bank officials. They are similar to bullish and bearish.

Account types is not necessarily a jargon. However, beneath it, there are terms that can confuse new traders.

First, there is a cash account. This is an account that does not have leverage. For example, if you have a $10,000 account, you can only buy stocks worth that amount.

Third, there is a proprietary account. This is a situation where a trading company funds your trading account and then you share the profits. DTTW provides prop trading services to thousands of traders.

ESG is a term common in the investing industry. It simply stands for Environmental, Social, and Governance.