Who Can Benefit From a Weak Dollar? 5 Ways for Day Traders 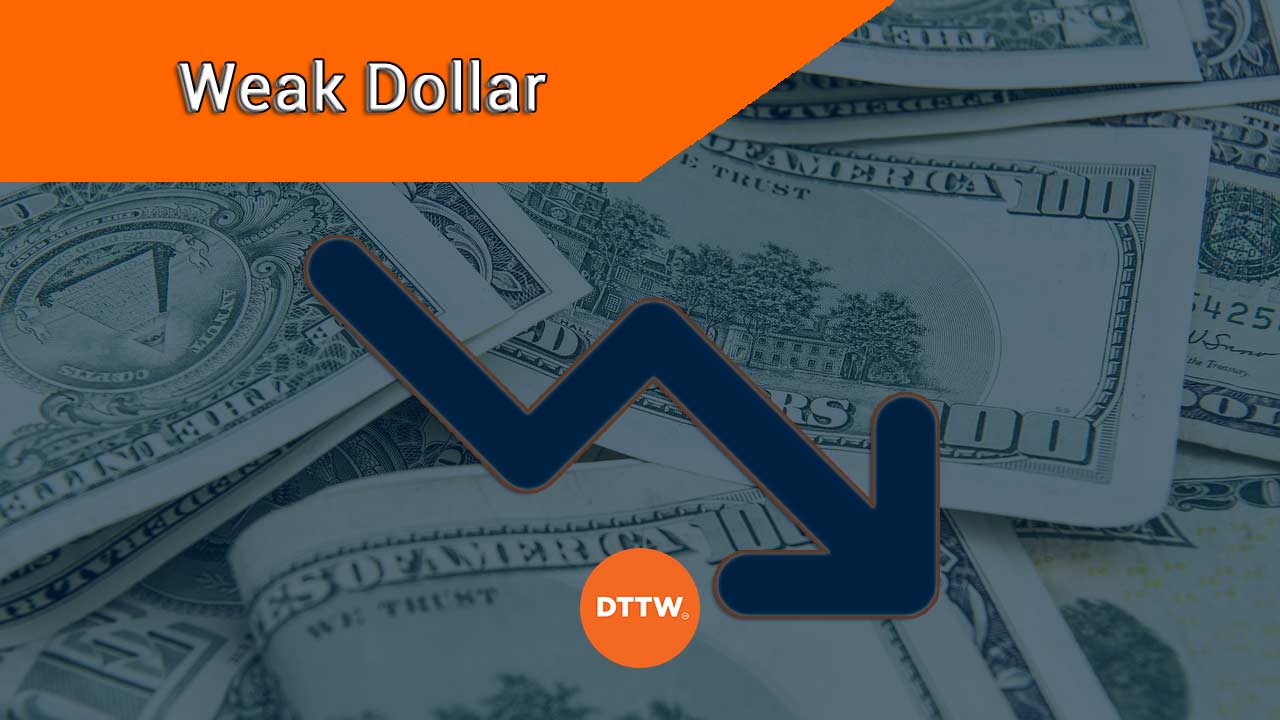 The US dollar is the world’s reserve currency making it the most important currency in the world. Therefore, policymakers and traders are always watching the performance of the currency.

For example, the US dollar index declined sharply during the Covid-19 pandemic in 2020.

As it did that, cryptocurrencies like Bitcoin and Ethereum and stock indices like Dow Jones and the S&P 500 rose to record highs.

So, in this article, we will explore the causes of a weaker dollar and how to benefit when it happens.

Causes of a weaker dollar

There are several main causes of a weaker US dollar, including:

Who benefits from a weaker US dollar?

This happens because these companies’ goods become a bit cheaper when the dollar declines. Some of the companies that benefit are firms like Lockheed Martin and Boeing.

Another top beneficiary of a weaker dollar is investors in general. A decline of the US dollar tends to lead to a better performance of other assets like gold and cryptocurrencies.

As You see, a weak dollar is not necessarily bad. So, how do you trade the weak dollar? And which benefits come from? Here are some simple tips to help traders.

» Related: Reasons For the Strong Dollar

How to trade a weak Dollar

As a trader, you can short the dollar and benefit from its weakness. The concept of being short an asset is simple: you are simply borrowing an asset, selling it and waiting for its value to depreciate. When it falls, you buy back and return the same amount of the assets to the person you borrowed from.

You can short the dollar by selling the dollar index. This is an index that weighs the total value of the dollar against the top liquid currencies. It is usually provided by most brokers, including DTTW™.

The second way is to find other dollar currency pairs and short them. To do this, you need to look carefully at the other fundamentals of the other currency and the underlying economy.

The weakening dollar has also led to a surge in crude oil. To new traders, the relationship between the dollar and crude oil seems farfetched.

However, you need to know two things.

First, crude oil is the most traded commodity in the world, and it is quoted in dollars. Therefore, when the dollar falls, crude oil tends to go up as more people move to buy the crude oil.

This also applies to other dollar-quoted commodities like corn and soybeans.

Another way to trade the weak dollar is to buy gold. As We have explained multiple of times before, gold is mostly bought by central banks. For investors, it is used as a store of value.

Therefore, when the world seems to come to an end, they rush to buy gold, which they consider the safe haven. As a result, a weaker dollar often leads to a stronger gold.

Therefore, as a trader, you can invest in gold and benefit with weaker dollar.

As We have mentioned, investors tend to value gold as a safe haven. When the dollar is weak, and at a period of low interest rates, a weak dollar opens trading opportunities to many American stocks.

Exporting companies like Boeing, Caterpillar and Proctor & Gamble, do well in periods of  a weaker dollar because their products become cheaper. As we have seen in the past year, Caterpillar, Boeing, and Apple have performed very well aided by a weaker dollar.

Another way to trade the weaker dollar is to go against the wave. By this, we mean that you should take the long-term perspective and invest in the dollar. This applies to when you strongly believe that the dollar is undervalued.

By being contrarian, you will definitely experience some losses. But, if your thesis is correct, you will be rewarded by a surging dollar.

In other words, the dollar is the most important currency in the world. Questions about its dominance have puzzled investors for decades. Some people have written books questioning the hegemony.

If you believe the end of the dollar is near, then you should use the four steps we have outlined. If you like swimming against the tides, you should not be afraid of trying the final idea.

External tips to help you in trading a Weak Dollar