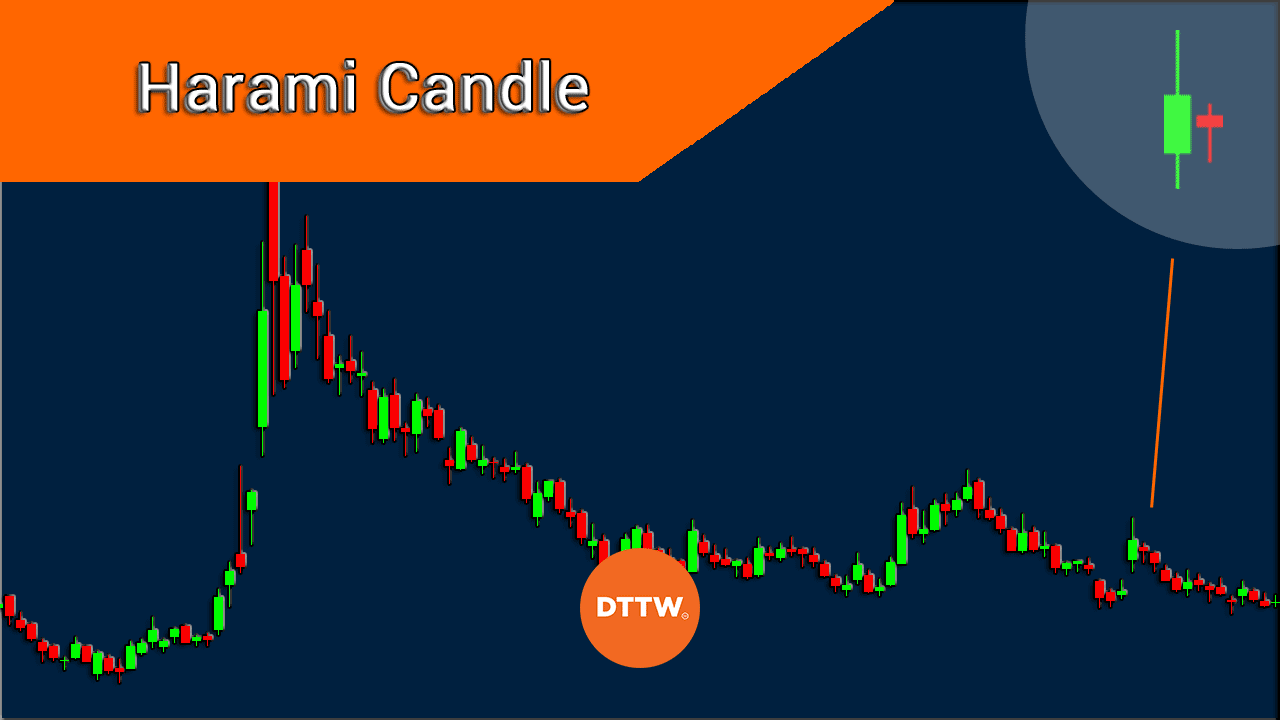 Candlesticks are by far the most used chart type in the trading world. Among them, the harami candlestick is a relatively popular pattern that traders use to identify chart reversals.

The candlestick is made up of two candle that happen when a bullish or bearish trend is about to end. In this article, we will look at what the harami candlestick is and how you can use it in day trading.

A Harami candlestick is one of the several types of Japanese candlestick patterns. The name harami comes from the Japanese word for pregnant. As the name suggests, it has it is made up of a large bullish or bearish candle that is followed by a smaller one of the opposite colour.

The chart below shows the two candlestick patterns.

As you can see, a harami candlestick pattern is made of two candle. A closer look shows that the two sticks have a close resemblance to a pregnant woman. As mentioned above, harami is the Japanese term for pregnant.

Another thing you can see is that the two candles have an upper and lower shadow. Additionally, the harami candles have a close resemblance to an engulfing candle. The only difference is that in an engulfing, the smaller candle is usually followed by the bigger candle.

A bullish harami pattern happens during a bearish trend. As the asset’s price declines, it forms a major bearish candlestick. This candle is then followed by a small green candle. After this happens, the price will typically break out higher.

Meanwhile, a bearish harami happens during an uptrend when an asset forms a big bullish candlestick that is then followed by a small bearish trend. After this happens, the price will typically continue the bearish trend.

How to trade the bullish and bearish Harami pattern

Steps to identify it

Trading with the bullish and bearish harami candlesticks is relatively simple. First, you need to identify an existing bullish or bearish trend.

Second, you should then look closely at the movement of the candlesticks and identify when a large candlestick is followed by a small candle. For the pattern to happen, the smaller candle must be completely engulfed by a larger one.

One way of trading the pattern is to use pending orders. A pending order is where you open a trade that will only be initiated when a certain condition is met. In case of a bullish harami, you could place a buy-stop above the upper shadow of the mother candlestick. Here, the bullish trade will be initiated if the price moves above the shadow.

In case of a bearish harami, you should place a sell-stop slightly below the bigger candlestick.

Still, the best approach to use the harami pattern is to combine it with several parts of technical indicators like moving averages and Bollinger Bands. You can look at this article to see some of the most common reversal indicators you can use in the market.

The chart below shows an example of a harami candlestick. We see that the Blackberry stock price popped. It then formed a big bullish candle that was then followed by a small candlestick. Shortly afterwards, this was followed by a bearish trend.

The harami candlestick pattern is one of the several patterns that is used to find bullish and reversal patterns in the market. In this article, we have looked at what the candle is and how you can use it well.

Honestly, I like the article and I will like to spend more time learning about the candlestick pattern entirely, not that I do not know anything about it I just like the way you explain the whole thing.

Pls more on the candlestick pattern.