How to Hold Your Trading Profits Longer: Handy Strategies! 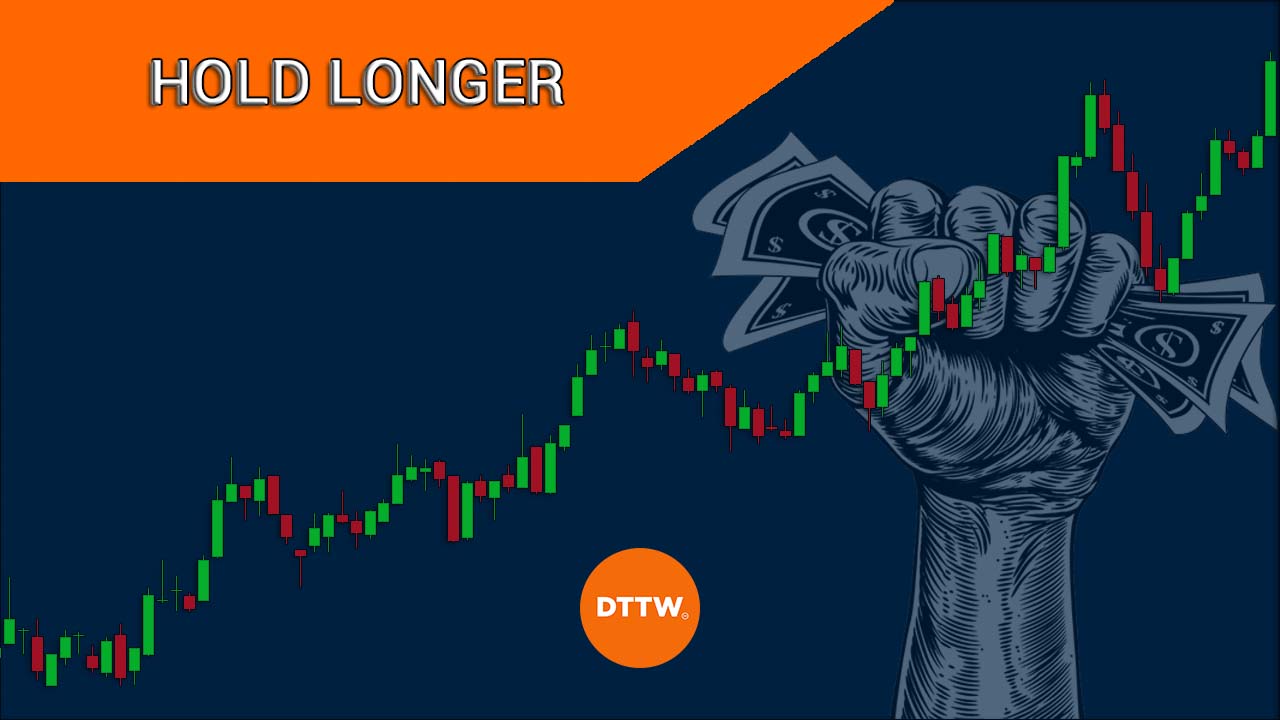 Traders and investors often face two main challenges. They exit their trades too early and lose their upside. At other times, they hold their profitable trades for a longer period and make a loss when the trend reverses.

In this article, we will look at some of the top tips to use to hold your trades for a longer period maximizing your profits.

Traders use several strategies to open profitable trades. We have covered most of these strategies before.

Some of the top approaches to use are:

A common mistake that many traders do is that they close their trades too early. For example, assume that you open a buy trade at $10 and aim to exit it at $15. In this case, a trader can place a take-profit at 15 and then wait for it to happen.

However, in most cases, some traders will close the trade when it rises to about $12. In this case, if the chart rises to $15, the trader will have avoided making $3 per share. As such, in most cases, traders tend to regret for trades that they exited too early.

It's all about psychology!

There are several reasons why traders exit their trades too early. First, there is the lingering fear that a profitable trade will reverse and become unprofitable. In most cases, this happens for traders who have lost money after their trades became profitable.

Second, there is a psychological aspect in this. In many cases, traders decide to exit with a small profit because they believe it is a better option than making a loss.

Third, there is the concept of recency bias. A recency bias is a situation where a trader becomes influenced by recent trades.

If their previous trade was a loss-making one, they will assume that the next one will be unprofitable as well. This is more common if they have made several loss-making trades in a row.

Fourth, traders exit their trades too early because of their trading mindset. In most cases, when you are not in the right mindset, it will increase the chances of opening your trades prematurely.

How to avoid early trade exits

There are several strategies to use to avoid exiting your trades too early, including:

Have a trailing stop and a take-profit

Therefore, all your trades should have a trailing stop and a take-profit and you must commit to sticking with it.

Have a trading journal

A trading journal is a piece of paper or a softcopy document where you write everything about your trades.

In it, you write details like your entry and exit prices, the reason why you are starting the trade, and your profit targets. You should spend a lot of time coming up with a journal that has real profit targets.

Another strategy that will help you hold your winners longer is conducting a multi-time frame analysis. This is a strategy that involves looking at different chart timeframes to find support and resistance levels in a chart.

With a good analysis, you will be able to identify the best levels to set a take-profit and a stop-loss. Once you do this, ensure that you maintain them well.

In some cases, good technical indicators can help you avoid exiting trades prematurely. Some of the most popular indicators that will help you in trading are moving averages and oscillators like the Relative Strength Index (RSI) and Stochastic Oscillator.

With moving averages, you can identify an exit when the short and longer-term averages make a crossover. On the other hand, with oscillators like the RSI and Stochastic Oscillators, you can identify exit levels when they move to their overbought and oversold levels.

In this article, we have looked at why exiting a trade early can be a bit dangerous. We have also looked at some of the top strategies to avoid this.

It all boils down to your mentality and making plans about your trades. Having a good a stop-loss and a take-profit will make it possible to avoid leaving too much money on the table.