How to Analyze Bank Stocks and Day Trade Them Profitably 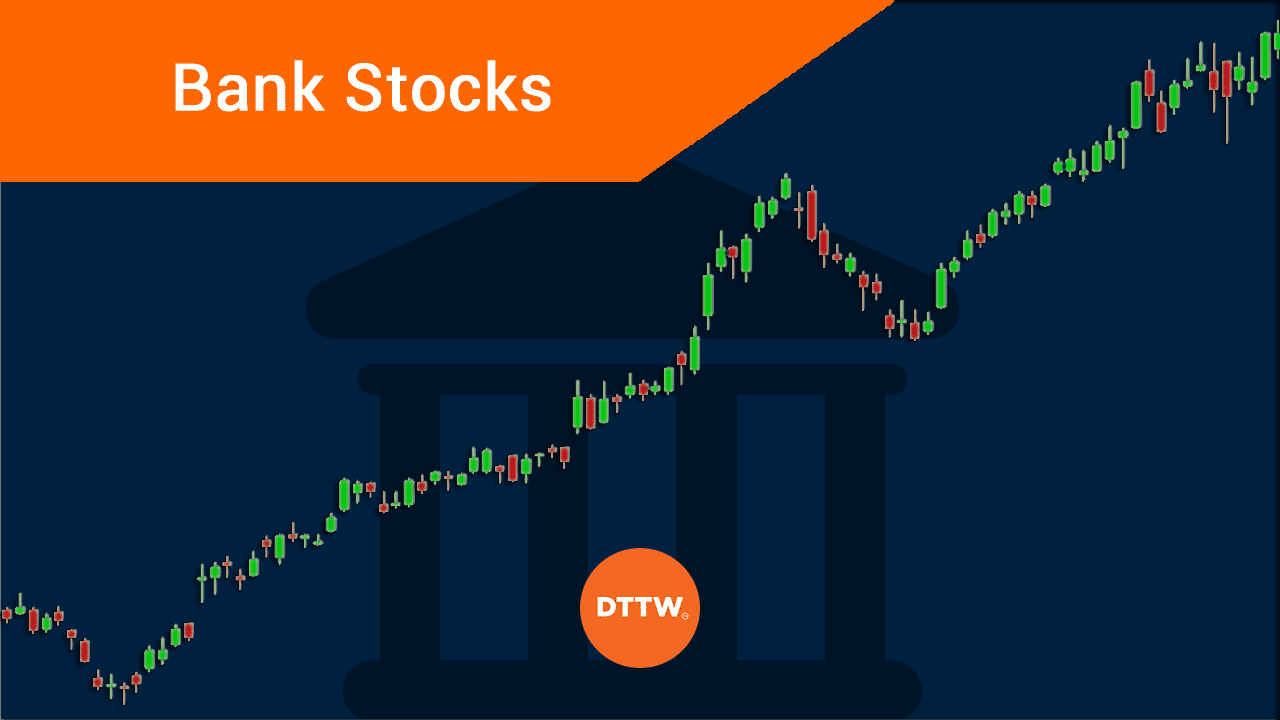 Banks are an important part of the American economy. As you recall, banks contributed to the financial crash of 2008/9 and were among the best performers during the Covid recovery.

The six banks in the S&P 500 are worth more than $1 trillion. They are led by JP Morgan, which has a market cap of more than $459 billion and Bank of America that is valued at more than $328 billion.

In this article, we will look at the types of banking companies and how to day trade bank stocks.

To day trade banks stocks well, you need to understand their different types. That’s because there are several types of banks. They include:

A common question is how banks make money. There is no straight answer to this question owing to the several types of banks that are available.

Investment banks, on the other hand, have several channels in which they make money. For example, they make money by advising companies that are going public or those that are merging.

They also make money by offering services like investment research and by helping companies and governments raise money. Further, these banks make money through their fixed income, commodities, and currencies (FICC) business lines.

Meanwhile, other banks like neobanks make money through a subscription service. This is where they charge their customers a monthly fee to use their services.

How to day trade bank stocks

Bank stocks are almost similar to other types of stocks like technology and retail. However, they are also moved by different things and are valued differently.

For example, as shown below, banks, which are classified in the financial segment have the lowest price-to-earnings (PE) ratio. This is simply because many banks have already moved from their growth sector.

Stock traders also look at different things when focusing on banks. Let us look at some of the key top movers for bank stocks.

For example, in 2021, banks did well even as interest rates remained low. This happened because the market started pricing in more rate hikes as the American economy moved from the pandemic. Their shares crashed in 2020 when central banks lowered interest rates.

Related » Evergreen Psychological Tips for Trading During a Recession

A good example of this is what happened when Goldman Sachs published its earnings in July 2022. At the time, the stock jumped sharply as its trading division surged while its other divisions suffered.

Another good example of this is what happened during the pandemic. While banks placed billions in provisions for bad debt, the volatility in the stock market helped to offset these loses.

They also do well when housing data like building permits, housing starts, and mortgages approvals are doing well.

While stress test results led to volatility, their impacts have waned now that banks are well-capitalized.

Like all companies, earnings have an impact on bank stocks. In fact, the earning season starts when big banks like JP Morgan and Wells Fargo publish their results. Better earnings often pushes their share prices higher and vice versa.

On earnings, traders watch the top-line figures like revenue and profits. They also look at key profitability ratios like margins. Most importantly, they look at the CET 1 ratio, which is good at predicting the financial stability of a bank.

There are other things that move bank stocks. These are regulations, corporate activity like mergers and acquisitions, management changes, and payouts like dividends and buybacks.

Bank investors and traders look at several important profitability metrics for banks. Some of these numbers are:

There are several risks that accompany trading bank stocks. For one, unlike tech companies, bank stocks tends to lack volatility. This lack of volatility happens because banks rarely make headlines.

Related » How to Day Trade Profitably in Periods of Low Volatility

As such, as a trader, you can lack opportunities to buy and short the firms. Other risks when investing in bank stocks are:

The banking sector is a diverse one in the US. The sector is home to some of the biggest companies in the US like Goldman Sachs, JP Morgan, and Citigroup. In this article, we have looked at some of the top types of banking stocks and the key data to watch.