The Power of the Masses: Follow the Crowd Trading Strategy

Day Trade The World™ » Trading Blog » The Power of the Masses: Follow the Crowd Trading Strategy 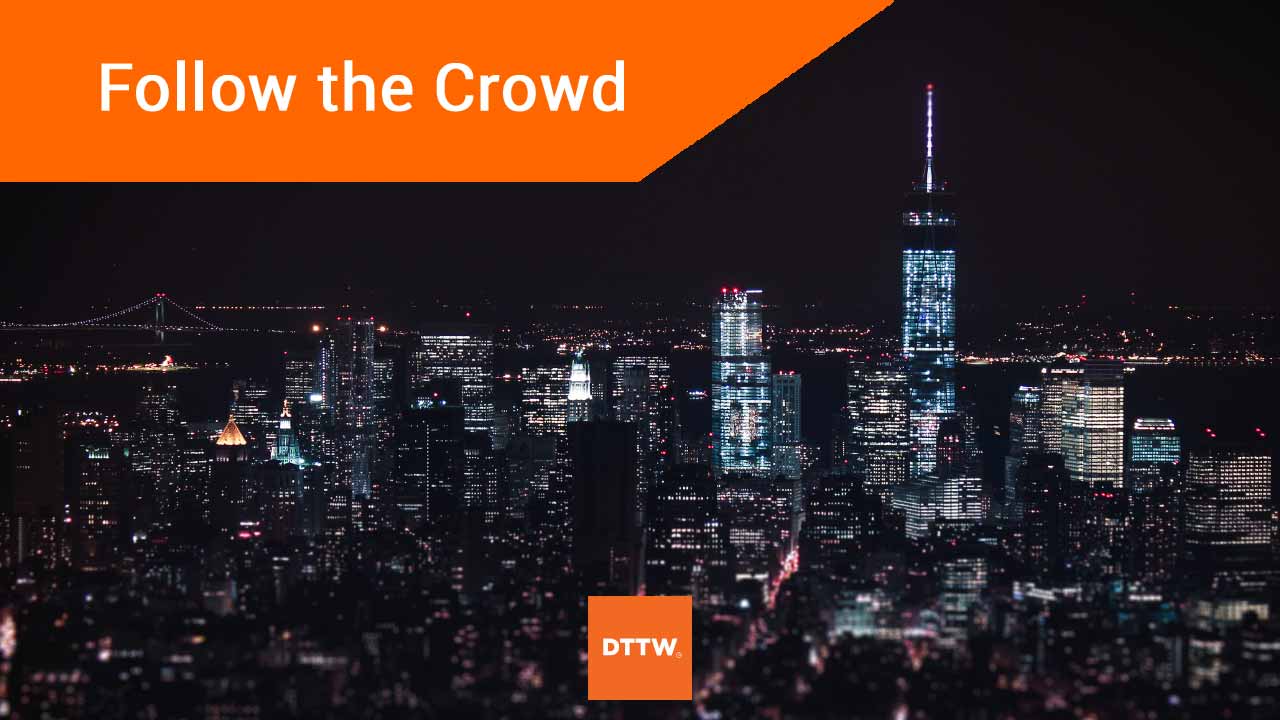 Fear and greed is a common concept in the financial market. Fear is characterized by concepts like exiting a trade early or avoiding the market altogether. Greed, on the other hand, mostly refers to the process of buying when everyone is buying and selling when everyone is selling.

These approaches are also associated with the concept of following the crowd. In this article, we will look at how you can follow the crowd profitability.

What is following the crowd?

Also, currencies like the US dollar have been dropping partly due to the strategy.

Following the crowd is a relatively simple strategy to use in the financial market. As the name suggests, you just need to identify a market that is moving in a similar direction and then following it. If the stock is moving higher, you buy and hold and if it's moving lower, you short and hold.

For electric vehicles, the reason behind the recent rally is that the world is going through a revolution where the demand for EVs is rising. Several countries, especially those in China and Europe have already announced plans to ban fossil fuel cars.

In addition, there is another popular trend of Environmental, Social, and Governance (ESG) strategies. In this, investors are allocating their funds to companies that are environmentally responsible and those that have social and quality governance.

As such, electric car companies are viewed as being at the forefront of environmental responsibility.

Cannabis companies have also been rising recently. That’s because the market believes that more states in the United States will move to accept cannabis products. Indeed, some countries like Canada, Georgia, and South Africa have accommodated the products.

Meanwhile, the investing crowd has followed companies in the cloud computing industry because of the large total addressable market and the overall transition to the industry.

The same shift is happening in the cryptocurrencies industry. At the time of writing (beginning of 2021), the price of most cryptocurrencies has risen because of the overall institutional demand. Participants in the industry believe that demand for the currencies will continue rising into the future.

Therefore, the best approach to following the crowd is to understand the fundamentals that are driving the rising assets.

You can use the same approach when following the crowd when its selling a certain asset. For example, companies in the cruise ship industry declined in 2020 because of the pandemic. Their share prices dropped by more than 60% since most of them were forced to park their ships.

Another approach of following the crowd is to use technical analysis. This refers to the process of using technical indicators like the moving average and Bollinger bands to make decisions.

For example, you can use two exponential moving averages to know whether the trend will continue or whether there is a possibility of a reversal. In the chart below, we see how the EUR/USD traded in 2020.

The use of EMA to Follow the Crowd. Chart from Tradingview

Another popular technical indicator to use is Bollinger Bands. The idea is to buy a currency pair and hold it so long as it is above the middle line of the bands. Similarly, you can short the asset when the bands are between the middle and lower line, as shown below.

Follow the crowd and bollinger bands. Charts from Tradingview

How to identify when a trend is about to an end

The biggest challenge for following the crowd is that trends always end. And when they do, many followers tend to suffer. Indeed, we have seen this several times, including during the dot com bubble, housing crisis, and the first Bitcoin rally of 2017.

So, the question is how do you know when the rally is about to end? This is often a difficult question to answer. One of the easiest approaches is to use technical analysis. There are several indicators that can guide you about this.

For example, in indices analysis, you can use the advance-decline line to make this prediction. This indicator looks at the firms in an index that are rising and those that are falling. Therefore, if after a long period of rising the index starts to fall, it could be a signal that more sellers are coming. This could be a good time to sell.

Other indicators you can use to do this is the accumulation and distribution and the smart money index (SMI).

Following the crowd is an excellent day trading and investing strategy in the financial market. It just refers to the process of identifying an existing trend and following it. To do it well, you need to use the concept of technical and fundamental analysis.