Trading with Trends: How to Spot them Early!

Day Trade The World™ » Trading Blog » Trading with Trends: How to Spot them Early! 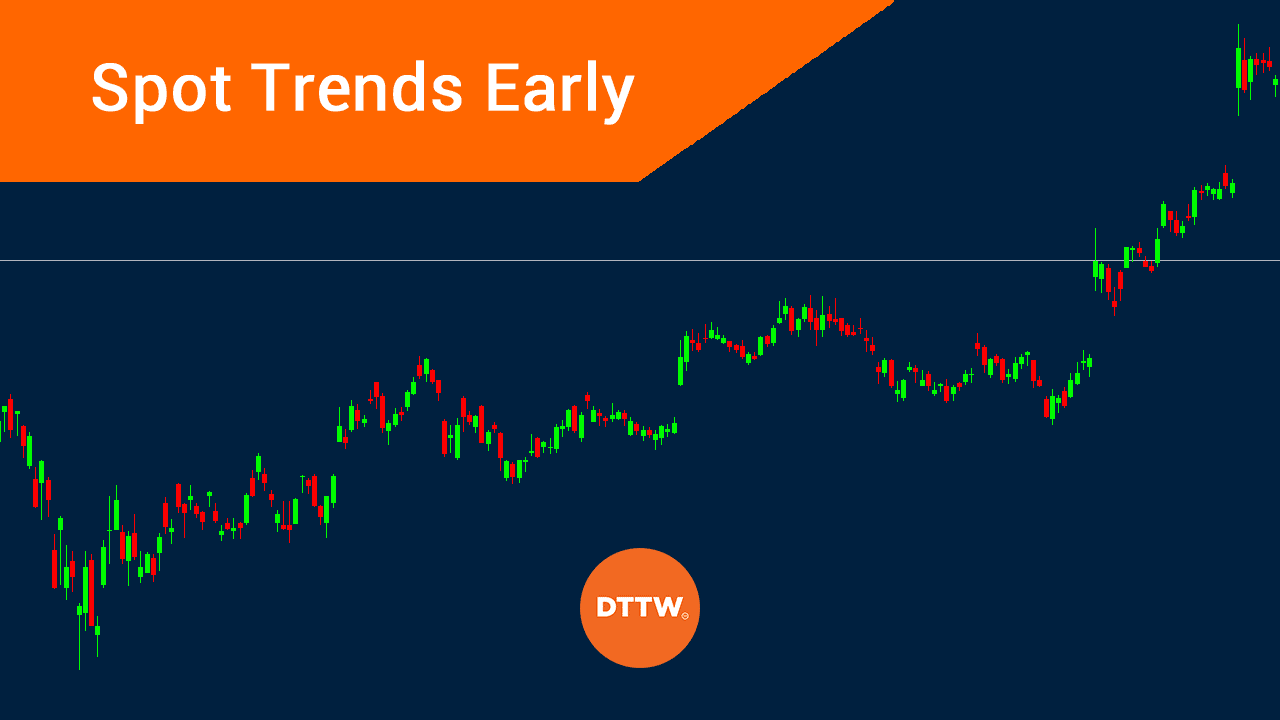 In the first quarter of 2020, global stocks, cryptocurrencies, and commodities crashed as the world came to terms with the new pandemic that was spreading around the world. All these asses moved to the bear territory as traders exited their investments.

What followed next shocked the world.

After the initial collapse, most financial assets staged a major recovery with most of them reaching their all-time high. This includes assets like the Dow Jones, Nasdaq 100, and Bitcoin, as shown in the chart below.

Ironically, this happened as the world went through its worst recession in modern history. Also, it happened during a year when millions of people died of the virus. Therefore, in this article, we will look at several ways you can identify trends early.

Please note. Identifying trends early is not a simple process. If it was, most day traders would be making a fortune, which is usually not the case.

A common strategy in the trading industry is about using various technical indicators to identify potential buying zones. As we have written before, there are some specific indicators that can help you see when a reversal is just getting started.

For example, some of the popular indicators are oscillators like the Relative Strength Index (RSI) and Stochastics. These ones are so popular that they are used by professional traders in Wall Street.

Ideally, during a major sell-off, a buy signal will often emerge when the RSI moves to the oversold territory.

Using the 50 EMA on the daily chart

Another approach of identifying long-term trends early is using the 50-day exponential moving average on a daily chart. After a major sell-off, a major buy signal will come when the asset moves above this MA.

The idea is that doing this will lead to more demand for the financial asset. It is worth noting that using the 50 EMA will have a delay; but it will be worth it.

As we explained, after a major sell-off, the price will rebound and move above the 50-day EMA. As it does this, more buyers will start coming in, pushing the price higher. Finally, more buyers will come in after it crosses the 200-day moving average.

A good example of this is shown in the Nasdaq 100 daily chart below. In this case, you should exit the trade when the asset moves below the 50-day EMA. If the two MAs make a bearish crossover known as the death cross, it may be a signal to short an asset.

Another approach of identifying trends early is to use correlations when trading across several assets. Correlations refer to the relationships between two assets such as currencies and shares.

Historically, some assets usually move in a similar direction. Therefore, if one asset breaks out, it raises the possibility that the other one will break-out too.

A good example is what happened early in 2020 in social media stocks. As shown below, Snap shares dropped to a low of $8.30 in March. In the same period, Pinterest shares fell to $10. But Pinterest shares started to reverse early enough. To most traders, this was an ideal opportunity to buy Snap because their close relationship.

Let’s look at a better example in currencies. In most cases, currency pairs like the AUD/USD and EUR/USD usually move in the same direction because of the dollar aspect. In the chart below, we see that, after months of consolidation, the AUD/USD broke-out in December. This could have been an opportunity to buy the pair and the EUR/USD also.

Notice that the two pairs break-out at the same level.

Another ideal way of identifying trends early is observing the various candlestick patterns. Indeed, this is one of the best approaches to use because of how accurate it usually is. We have looked at some of the most popular chart patterns in the past.

Two of the most popular patterns are flags and pennants.

A flag is a small parallel channel that happens between an already-existing trend. A pennant, on the other hand, is a small triangle pattern that happens in the middle of a trend.

These patterns usually happens as traders who are already in a trade start to question the strength of the trend. In most cases, pennants and flags are usually early signs that a trend will continue after a consolidation phase.

Finally, another approach to identify trends early is to use candlestick patterns, some of which we have covered before. Some of these patterns are

among others. A good example of this is shown in the EUR/USD pair shown below. The chart shows that the pair formed a hammer pattern as the new trend started.

The best strategy in the financial market is to identify a new trend early and run with it. However, as mentioned above, this is usually not the easiest thing. But using the strategies shown above can make it relatively easier for you to identify these trends.