How to Trade Bonds? Key Information about the Bond Market 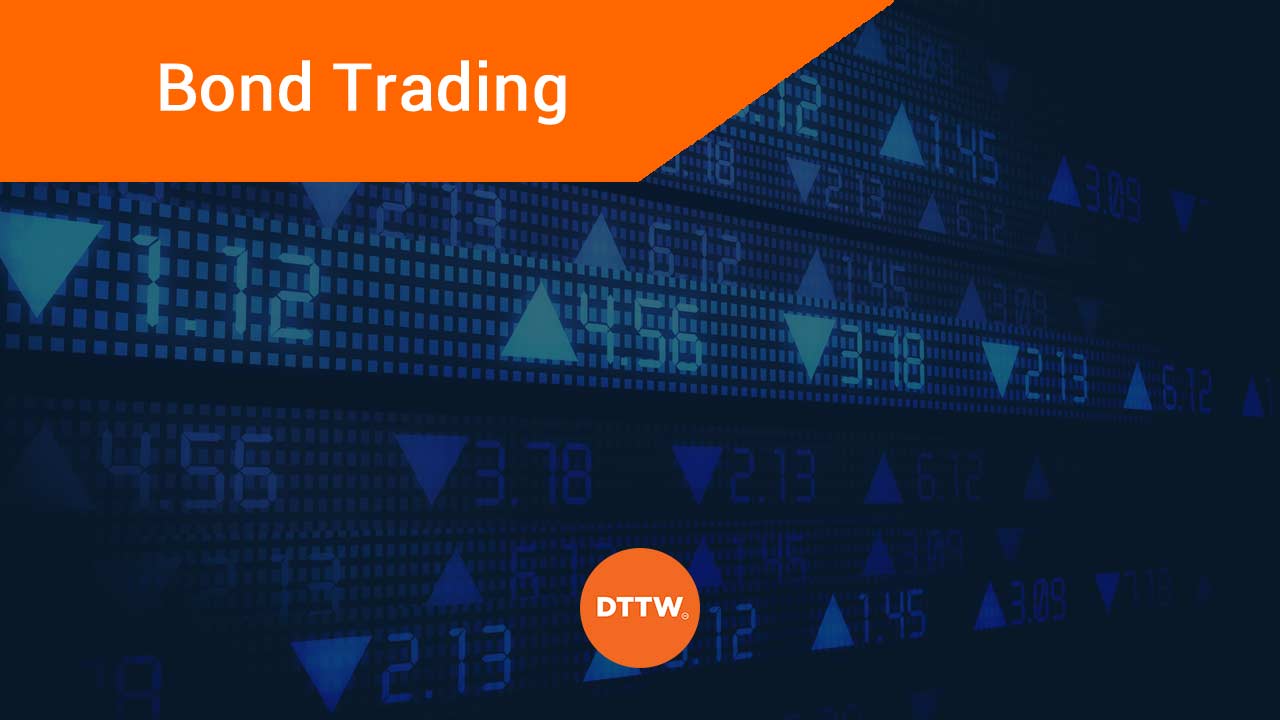 Stocks are the most popular asset class in the United States. If you watch financial media regularly, you have seen that analysts spend their days talking about the stock market. Yet, there is another bigger industry that is rarely covered known as bonds.

In this article, we will look at what are bonds, some important terminology, and how you can day trade them.

What is a bond?

Municipals, governments, and companies are always in need of cash to fund their operations. They have several options to raise this cash. For companies, they can issue more shares and dilute the existing share holders. They can also go to a bank and get a loan. Such a loan is usually expensive.

Therefore, for these large entities, the best option is to go to the market and raise bonds that offer a low-interest rate. For example, it would have been impossible for the US government to raise $5.9 trillion in stimulus funds by normal loans.

A bond is therefore a loan that is raised by companies and governments in the financial market. The industry is significantly larger than the stock market. Globally, the bond market is worth more than $100 trillion. In contrast, the total global stocks are valued at less than $90 trillion.

A bond’s duration can range from as little as two months to 100 years.

How the bond market works

After coming up with a figure, the entity works with specialist advisers who help it to come up with the ideal structure for the deal. Some of the biggest bond advisors are Goldman Sachs, Morgan Stanley, and JP Morgan.

Finally, the entity lists the bonds in the market. The initial lenders can then sell the holdings in the secondary market at a profit. Alternatively, they can hold the bonds to maturity. In this case, they will receive interest payouts on a regular basis.

» How to Trade Interest Rate

An important concept in the bond market is about bond ratings. With so many bonds in the market, many traders are not able to follow them on a daily basis. Therefore, they rely on rating agencies like Moody’s, Fitch, and Standard & Poors (S&P) to identify the state of the bonds.

On a regular basis, these companies will publish the bond ratings of companies and countries. Generally, a stable company like Apple and Microsoft will have higher ratings than an oil and gas firm like Occidental.

Similarly, a country like the United States and Germany will have a better rating than countries like Chile and Paraguay.

The implication of bond ratings is those safe entities like the United States and Germany will always have a worse return than the relatively unstable ones.

There are several types of bonds that you can trade in the market. They include:

How to trade bonds

While the bond market is relatively unknown to many ordinary traders, many large institutional firms have specialized in trading them. One of the popular firms that specializes on bonds is Pacific Investment Management Company (PIMCO). It was established by Bill Gross, once known as the king of bonds.

However, ordinary traders are still able to access the market and trade it well. However, the biggest challenge is that some popular platforms like Robinhood do not offer a direct way to trade them.

Some like Schwab, Fidelity, and TD Ameritrade have tools that enable people to buy and sell bonds. However, to a large extent, these platforms are not optimized for traders.

The most direct method for day traders to trade bonds is to use bond ETFs. These are exchange-traded bonds that can be traded just like stocks. Fortunately, there are hundreds of bonds that you can trade on a daily basis!

For example, if you want to trade some of the most popular convertible bonds, you can focus on the iShares Convertible Bond ETF (ICVT). Its chart is shown below.

For these bond funds, trading them is a relatively easy process. You just need to conduct a fundamental, technical, and price action analysis.

In Fundamental, you basically look at the overall market and identify the key issues that will move the bonds. These includes interest rates, macro events like wars and a global pandemic, and government policies.

In technical analysis, you use tools like the moving average to predict the future movement of the asset.

In price action, you basically look at a chart pattern and predict how it will move in the future.

Bonds are often said to be boring assets. To a large extent they are. Furthermore, they are not offered by many trading platforms and market commentators rarely offer commentary about them. Still, it is possible to make money from them, as we have explained in this article.