The Fibonacci Retracement: a Must-have Tool in Day Trading 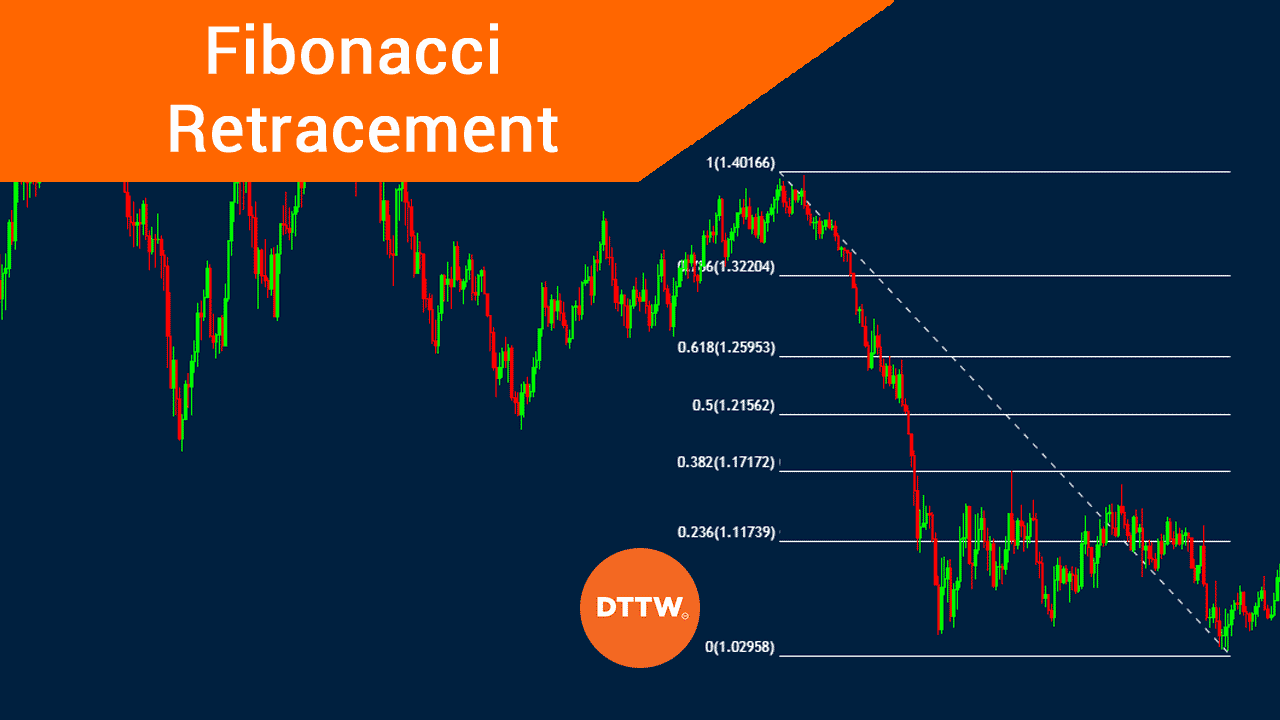 While each of these traders have different views on the market, there is one concept that has proven to be very valuable. This concept is known as Fibonacci Retracement, developed using the ideas of the Fibonacci sequence, which can be traced to more than a century.

The fibonacci sequence in Day Trading

By tweaking this formula, the Fibonacci retracement tool can be used in the markets to help in decision making to identify pivot points or areas that the price is likely to move to. This is more so useful in a trending market.

To use it, you don’t need to have any knowledge on how the Fibonacci sequence works.

→ You can check this small calculator for Levels

How the Retracement works

The first step is to visually look at a chart and see whether it is trending. A trending market is one which is moving in an upward or downward direction. If the price is ranging, it means that it is almost impossible to apply the Fibonacci tool.

Second, if the price is ranging, you need to identify areas where it is making swing highs and swing lows. After this, you need to drag the Fibonacci Retracement tool. This will result to a number of lines, which are all indicated by percentages (levels).

After joining these lines, each of the Retracement line will become a point to watch in your trading.

At this level, the pair will likely find resistance as traders decide on what next. It could also come back to the 61.8%  level and then continue moving lower.

How to use the Fibonacci retracement tool

The process of using the Fibonacci is relatively simple. First, you need to look at the chart and identify key levels. Ideally, you want to look at the highest and lowest swings. The asset’s current price should never be the highest or lowest points.

Second, you should select the Fibonacci retracement tool as mentioned above. Finally, you should join the highest and lowest points, as shown below.

In the weekly chart shown above, we have joined the highest point in March 2014 with the lowest level in march 2020.

To use the Fibonacci retracement tool well, you should mark the key levels well. In most cases, the price will always find resistance when it hits the noted retracement levels.

The chart below is another example of the tool in use. Note that the price of the dollar index managed to recover after hitting the 61.8% retracement level.

The retracement is not always accurate. This means that it does not always lead to positive guidelines. Instead, the tool is best-used by combining it with other indicators.

Examples of other indicators that are commonly used with it are moving averages, Bollinger Bands, and Parabolic SAR. These are trend indicators, which are used in determining the direction of the asset.

These oscillators are very common because they give an indication when an asset is overbought or oversold.

The Fibonacci retracement tool is one of the must-use tools in day trading. It is used to identify reversal and extension points. While the Fibonacci sequence is a bit difficult, the tool itself is relatively easy to use.

We provide the chance to Draw Fibonacci Retracement in Charts in our Trading Software, PPro8.

No doubt that this is a must-have tool for every trader, but one more truth that it also depends on personal analysis. I personally use Fibonacci retracement indicators for technical and trading analysis.