"Yolo Trades" for Traders? A Powerful Tactic (if Done Right) 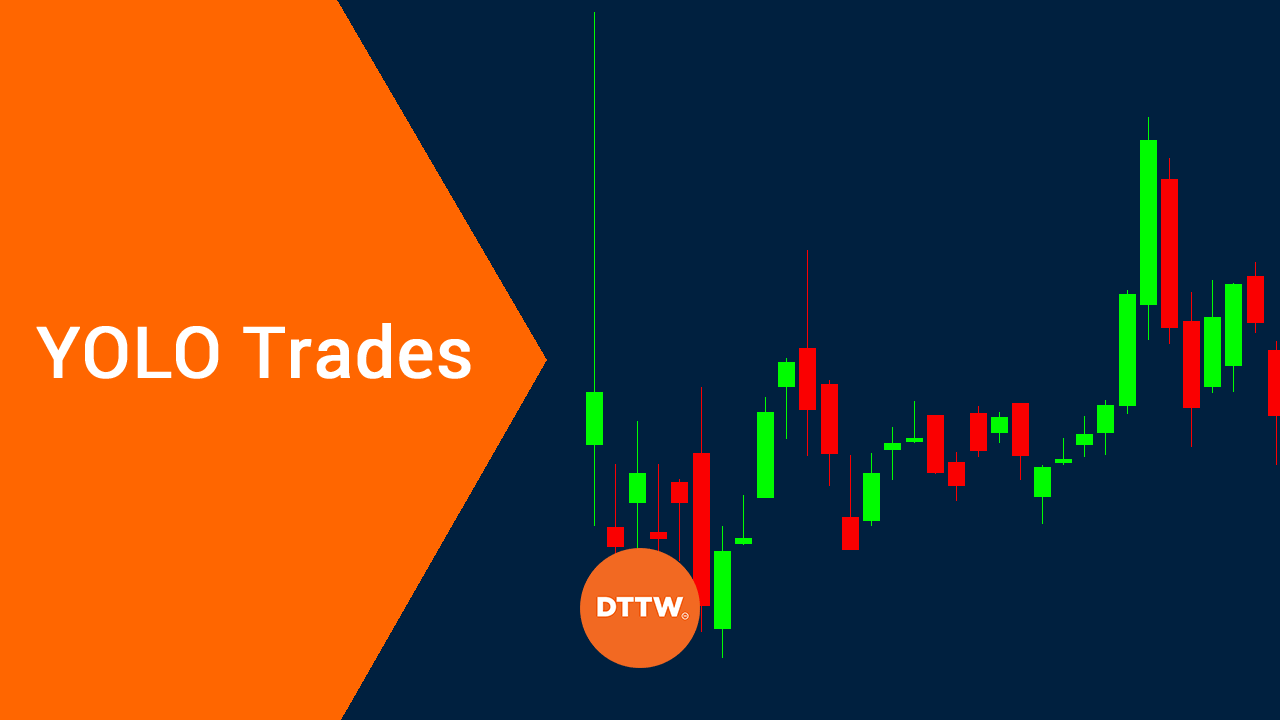 Risk management is at the core of forex, commodities, and shares trading. We have covered several risk management strategies before. However, at times, traders decide to go all in on a trade, in what is known as a YOLO trade.

In this report, we will look at what YOLO trading is and how you can use it efficiently.

What is a YOLO trade?

YOLO stands for You Only Live Once. In trading, a YOLO trade is where you go all in hoping to make a substantial return. For example, you can see a share price rising in high volume in premarket trading and then decide to buy it as soon as the market opens.

The goal of doing this is to make easy money as the momentum remains.

Example of a YOLO in Hertz stock

A good example of this is what happened with Hertz stock lately. Months ago, Hertz, the then-globally went bankrupt. A few weeks later, the stock jumped to a high of $6.2192.

However, with the company being bankrupt, and with the pandemic going on, the odds of the company bouncing back were almost zero. Therefore, in this case, a YOLO trader would have shorted the stock and gained 82%.

When to use a YOLO trade

There are several situations when this kind of trades are possible. Examples of such situations are mergers and acquisitions (M&As) and Initial Public Offerings (IPOs).

A good example of this situation is what happened with Tiffany, the American luxury jewellery store.

And, a few months ago, after the two sued each other, LVMH decided to buy the firm with different terms. That pushed the stock higher, leading to an ideal YOLO trade that has returned more than 20%.

In recent months, tech IPOs have been the real deal. We have seen IPOs of companies like Snowflake, Asana, and Unity Software hit the market. As a result, shares of these companies tend to do very well on the first few days they go public.

Therefore, a good YOLO trade is where you buy the stock the same day it goes public and then exit before sellers start coming in. The chart below shows how Snowflake’s stock popped on its first day as a public company.

Finally, YOLO trades situations can come up after a company releases its earnings or after a major event such as the end of a political campaign.

For example, as shown below, Meta shares crashed hard after the company published weak results. This can be a good YOLO trade.

There are other major events that can lead to major volatility in a stock. For example, a stock can become more volatile after a company announces a new product or when a beloved executive leaves the firm.

How to mitigate risks in YOLO trading

As mentioned, YOLO trades can be a highly risky trading strategy. Therefore, it requires using several strategies to mitigate risks. Some of these approaches to reduce risks are:

Pros and cons of YOLO trading

There are several benefits of using the YOLO trading strategy. Let’s start with pros:

On the other, the strategy has some drawbacks, especially among inexperienced traders. Som of the top cons for the approach are:

YOLO trades been around for decades but their prominence have gotten popular recently. Unlike other trades, their goal is to make a good return, often in a short period of time.

However, by going all in, YOLO trades tend to be relatively risky (something familiar to poker players who have converted to day trading). Therefore, you should only implement them on your separate trading account, not the main account.