Interest Rates Trading: what are the Fundamentals to Know?

Day Trade The World™ » Trading Blog » Interest Rates Trading: what are the Fundamentals to Know? 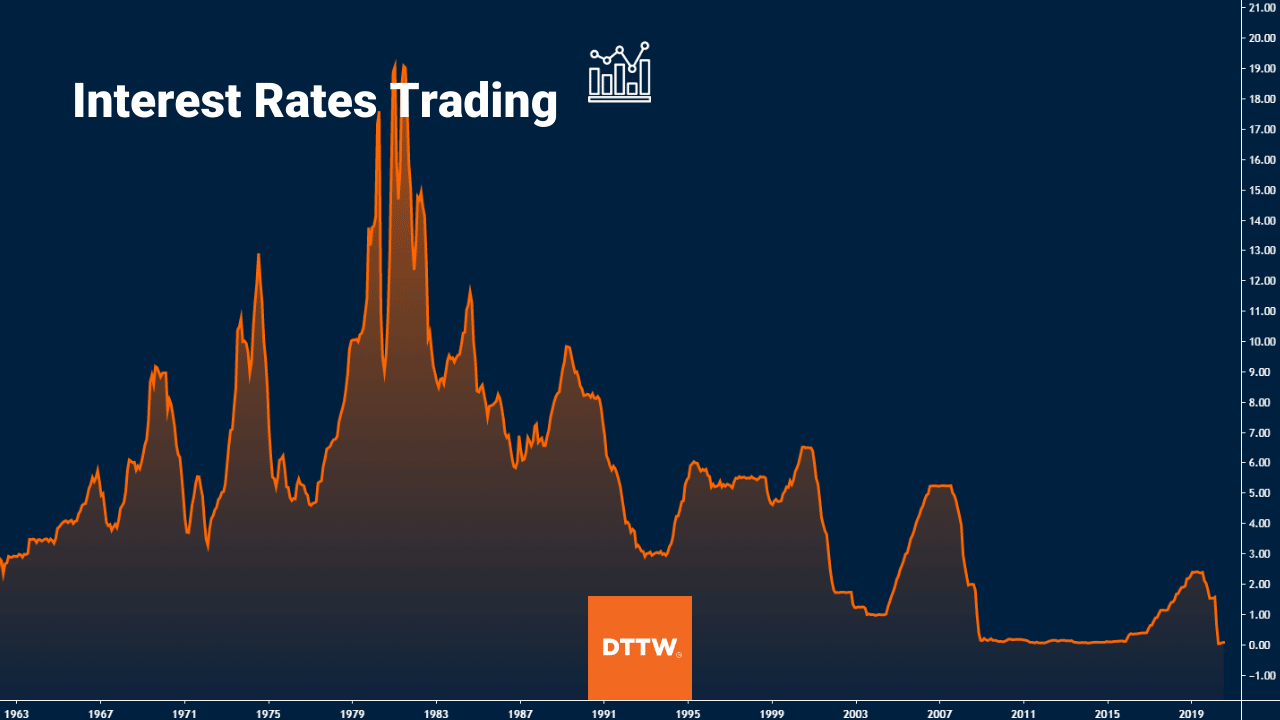 A guide on how to understand and trade interest rates

Interest rates are followed closely by investors and traders alike. Indeed, these kind of meetings are often the highlight of the month to most people. In this report, we will look at what there rates are and how you can trade profitably when a central bank is releasing the rates decision.

For starters, an interest rate is an amount of money that you pay on top of the principal that you have borrowed in a bank or any other financial institution. The rate is always in form of a percentage. In most cases, the rate is usually noted on an annual basis, which is known as the annual percentage rate (APR).

Central banks are given the mandate to set interest rates of the economy. Because of how delicate these issues are, most countries have separated central banks from politics. And, some countries like Turkey, Argentina, and Zimbabwe have learnt the hard way about infusing politics with this kind of decisions.

Most central banks, like the Federal Reserve, European Central Bank, and Reserve Bank of Australia have special monetary policy committees that meet every month to deliberate on the economy and set interest rates. In most countries, the meeting usually happens in a span of two days. In these meetings, the committee usually looks at the state of the economy and adjusts rates accordingly.

The rule of the thumb is that a central bank will slash interest rates when the economy is struggling and raise rates when things are going on well.

The idea behind this monetary policy is simple. If the economy is going through a tough time, low interest rates will spur spending by removing the incentive for savers. It also makes it affordable for people to pay their mortgages and even borrow money.

How to Trade Interest Rates

There are several ways of trading interest rates in the financial market. Sophisticated traders have tools that enable them to trade these rates directly. A good example of such an asset is the rate swaps, which trade in the over the counter (OTC).

It is usually an agreement between two parties to exchange one stream of payments for a different stream over a long period of time. Another popular way of trading interest rates is through the London Interbank Offered Rate (LIBOR).

Another way is to trade the conventional assets like currencies and stocks. Ideally, stocks tend to perform well when interest rates are low. That is because, when rates are low, people move from the lower-yielding cash to other assets like stocks.

A good example of this is what happened during the coronavirus pandemic, when stocks rallied after the Federal Reserve slashed its rates.

Talking about currencies, instead, borrowing a low-yielding currency and investing in high-yield currencies is  very important for carry trading strategies.

Other popular assets that are tied to interest rates are precious metals like gold and silver and currencies. For example, precious metals tend to rise when rates are low while the value of a local currency drops in the same situation.

› Why You Need Some Gold In Your Portfolio

Second, you need to understand the previous statements by the central bank’s officials. This will help you know what to expect from the rate meeting.

Finally, you need to prepare for the volatility that comes with interest rate decisions.