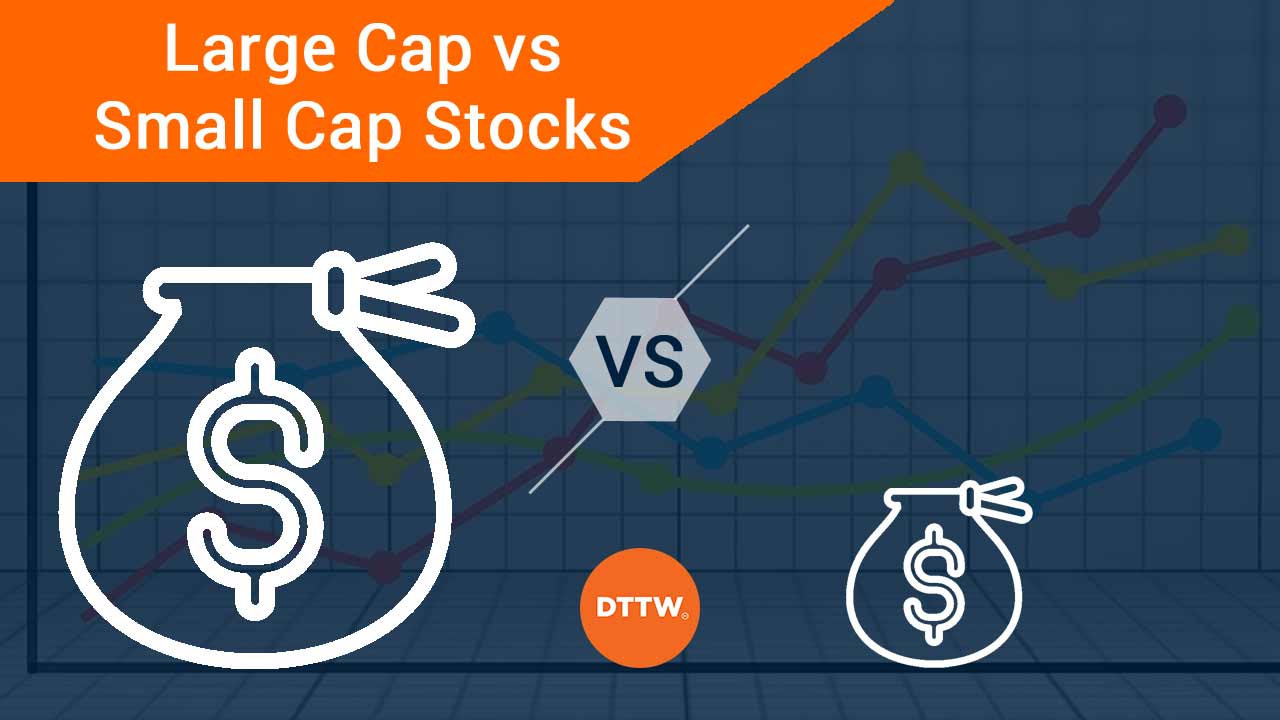 Companies come in all sizes in the stock market. And companies move in a different way compared to their sizes. Some are preferred by large passive investors while others are loved by small traders.

In this article, we will look at the difference between large caps and small caps and how you can trade the two.

Definition of the sizes

Still, you will often find different definitions of these classes.

There are many popular examples of large-cap stocks. Some of the best-known are:

It is worth noting that companies move in and out of these classes every day. For example, if GE stock rises and pushes its market cap to more than $100 billion, it will be said to be a mega-cap stock. In fact, a few months ago, companies like Goldman Sachs and Square were large-cap stocks.

There are hundreds of small-cap stocks in the United States that you can trade in. Some of the best-known ones are:

From time to time we host the CEOs of some small caps on Market Wisdom. If you are curious, take a look here!

Strategies for trading large-caps and small-caps

In general, there is no major difference between trading large-caps and small-caps companies. Furthermore, they all move due to similar reasons like earnings and news of the day.

The biggest difference between the two is that many share prices of large-cap stock companies tend to be expensive. That’s because they became large-caps by investors placing a higher bid for them.

For example, the stock price of Goldman Sachs has surged to $300 while that of Okta has risen to $252. That of Crowdstrike has risen to more than $220. This means that for a day trader with less than $3000 in his account, trading these companies will be less profitable.

› How to Trade Super Expensive Stocks

For example, in this case, the funds will buy just 10 shares of Goldman Sachs. Even if the company’s stock rises by 20%, the ultimate profit will be relatively small. Still, day traders are able to trade these stocks using leverage and fractional trading.

On the other hand, the share prices of small caps are usually relatively cheaper. For example, Dropbox, Box, and Smartsheet share prices are $22, $18, and $70, respectively.

Also, it is worth noting that there are many large-cap stocks whose share prices are relatively small. These companies compensate this by having many outstanding shares. For example, because of the previous dilution, shares of GE trade at $11. Similarly, shares of Sirius XM, a company valued at $33 billion are trading at $5.80.

How to day trade small and large-cap stocks

The process of day trading small and large-cap stocks is similar. That’s because these shares usually move because of similar reasons, including earnings, news, and industry. Therefore, here are several tips that will help you trade these companies well.

Level-2 is a tool provided by many online brokers, including Day Trade the World (DTTW). The tool usually shows the movement of bid and ask prices of a stock. As we wrote before, this data can help you know when to buy or short a stock.

Use time and sales

Also known as reading the tape, this refers to the process of using a tool that tells you the time, volume, and the price the order was executed at. This tool is also offered by many brokers and can help you know when to buy or sell.

A watchlist is a document that summarizes the top-performing shares and the reasons why this happened. At DTTW, our team comes up with a stocks watchlist every day that you can subscribe to for free here.

Ideally, the market open is the most important period of the stock market. That’s because it is the period when most orders are executed. Therefore, you should focus on premarket gainers and losers since these have a lot of movement. You can learn more about how the premarket session work.

Last but not least, you should incorporate the concept of fundamental analysis when you are trading large and small-cap stocks. This, to refine your technical analysis even better.

Large-cap and small-cap stocks are two broad areas that are constantly changing. For one, for most stocks to become large-caps, they usually become small-caps first. You can use these strategies to trade the two areas better.