Lessons from Past Financial & Flash Crashes 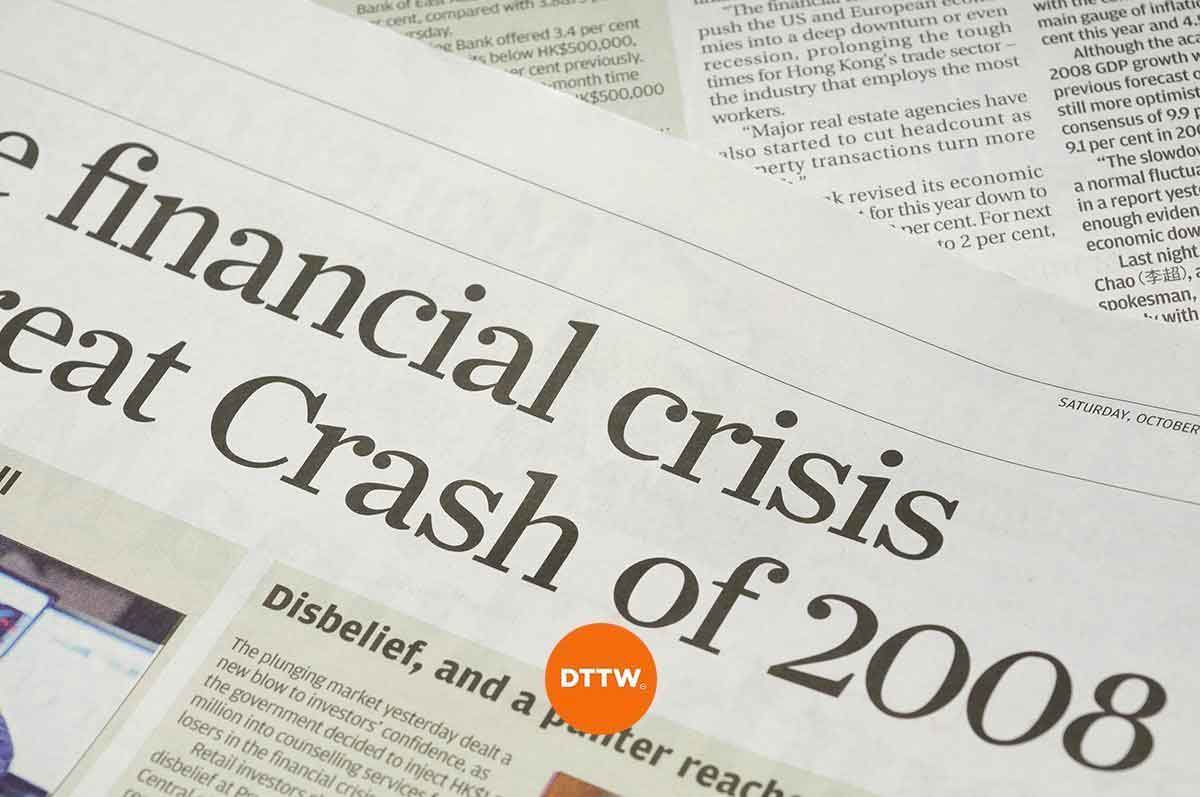 An important aspect about life is the need to learn from it. People who are successful attribute it to the fact that they went through challenges and learnt from everything in it.

For investors and traders, it is very important to learn from the past crashes. This will help them avoid repeating the same mistakes.

This article looks at some of the past crashes and the lessons we can learn from them.

What is a flash crash

A flash crash is a situation in the financial market where major indexes like the Dow Jones, Nasdaq 100, and S&P 500 decline sharply and then bounce back quickly.

In most cases, the crash lasts less than 20 minutes. The past flash crashes have seen these indices decline by more than 10% and then rebound.

A flash crash is different from a market crash. A market crash is defined as a period when the stock market declines for some time. In most cases, this crash is usually caused by a fundamental issue in the market.

» Related: How to Rebuild Your Portfolio After a Stock Market Crash

A flash crash, on the other hand, is usually a brief occurrence in the market. As mentioned above, the crash usually happens within a single session and lasts a few minutes. Still, at times in a flash crash can happen and the asset continues falling.

A good example of this is shown in the Paramount Global stock below.

How can you stay safe in a flash crash?

The unfortunate thing about flash crashes is that they are unpredictable and they can affect all types of assets. Therefore, the best thing to do is to ensure that you are prepared for such crashes.

Anytime you open a trade, assume that a flash crash can happen. Therefore, you can prepare in the following ways.

Okay, we have clarified in detail what we are talking about here. Let's go and see what lessons some of the past flash crashes have taught us.

Lessons from Past Flash Crashes

October 19, 1987 started like an ordinary day in Wall Street. But, by the events that happened that day will reverberate for years to come. Out of the blues, the market which were rising tanked. The U.S. markets fell by 22.68%, the Canadian market by 22.5% and the Hong Kong market by 45%. A carnage.

The reason for the crash was not immediately known but the markets rallied later.

The same happened on September 11th, 2001 when the United States was attacked. The markets fell by double digits before recovering in the following days.

The same happened on May 6th, 2010 when out of the blues, the markets fell when a guy from London manipulated the market. That day, the Dow fell by more than 500 points before recovering minutes later.

A similar – albeit – smaller event happened at the end of 2017 when an ABC News reporter reported crucial information about the Russian investigation. The reporter claimed that during the election, Trump asked Mike Flynn to contact Russians.

The Dow fell by 350 points and the NASDAQ by 105 points. The markets recovered slightly when ABC clarified the news later.

Therefore, as a trader, you need to know several things.

When a flash crash happens, all – including the pro traders – are caught off-guard.

The thinking of a flash crash is the key foundation of having a stop loss.

A stop loss helps protect an account when such a thing happens. For example, assume you bought the stock of a company at $15. Then, if there is a flash crash and the stock falls to $10, a stop loss at $13 will help protect your account from total loss.

Therefore, you should always have a stop loss to protect your account from such a flash crash (How to do it in PPro8).

The idea of a flash crash applies very much when you think about risk management.

Risk Management is a topic We have talked about several times before. The concept is simple: when you open a trade, you should think about the maximum loss you can make and the maximum profit.

The same thing happens in trading! You should always do your risk analysis before you initiate your trades.

When a big movement happens, you should not always rush to exit.

This is because a reversal can happen. This has proven to be the case when a flash crash happens. Immediately, the market falls but later on recovers. Therefore, if you see a major market crash, and you have your trades on, if the stop loss is not hit, you can continue holding on the position.

This is because a reversal can always happen.

» Related: Panic Selling: Triggers, Implications and How to Avoid It

Finally, flash crashes teach us that no one knows everything. In other words, there are no market pros. If they existed, they would warn us about them.

External resources to understand past Crashes: