Lessons from VIX Elephant and ‘50 Cent’ 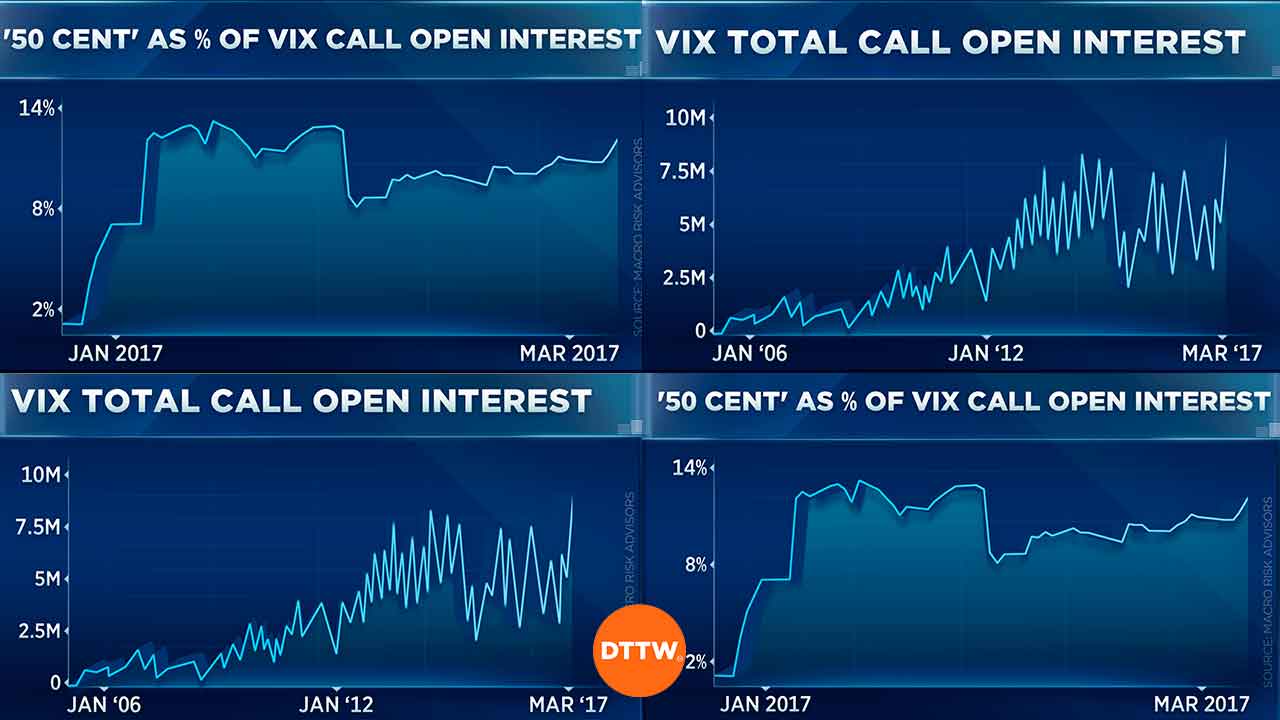 A couple of years ago, the global financial markets was in a meltdown following reports that inflation is set to go up.

Investors had lost billions of dollars and there was reports that some hedge funds was shutted down (like Criterion Capital Management and Omega Capital ).

While most people have lost money, two people have been experiencing the best time of their lives. These people are going by the pseudonyms of VIX Elephant and Mr. 50 Cent.

VIX Elephant and 50 cent..who are they?

No one knows who these people or companies are, but their actions have shocked the investing world. Here is their story.

In 1993, the Chicago Board of Options Exchange (CBOE) launched the first measure of volatility. The index that they formed was called the VIX. It measured the amount of volatility in the market by considering the options price of the S&P.

In 2003, the CBOE teamed up with Goldman Sachs to modernize the VIX. To do this, they used the options for the S&P 500. This index is made up of the largest publicly traded companies in the United States like Apple, Microsoft, and IBM.

When investors are fearful of global or internal risks, the VIX shoots up as investors exit their positions.

Vix Index in the first quarter of 2020

However, in 2018, the financial market has been characterized by a period of low volatility. This is despite the increasing risks. Some of the most prominent risks had been on North Korea, Donald Trump and his promise for trade war, and the rise of populism in the United States and Europe. China’s growth has also been a source of global risks.

› How to Make Money in Periods of Low Volatility

Low volatility? No, thanks

‘50 Cent’ and VIX elephant saw this situation and decided to bet that volatility will come. So, they spent the entire of last year buying VIX options. At the end of the year, they had lost millions of dollars.

Without giving up, they continued buying the VIX options in 2018. They bought and bought without fearing the potential of losses.

› Start Again after a Big Loss

Then, the market started to implode with the VIX shooting up by more than 100%. At the end, the two traders made millions of dollars.

What we can learn from this?

The second lesson is on the need for perseverance. These people lost millions of dollars in 2017 by betting that volatility would return. Since they were sure about their conviction, they were rewarded when the volatility returned.

As a trader, most days you will find yourself being alone in thinking. You will bet that a certain stock or currency will go lower. As long as you follow what your analysis tells you, you will be alright.

The third lesson is on the need to be consistent. When the VIX failed to move up, these traders had an opportunity to exit their trades and move with the crowd. If they had done that, chances are that we would not be talking about them today.