Using Long Legged Doji in Trading. How Are They Different? 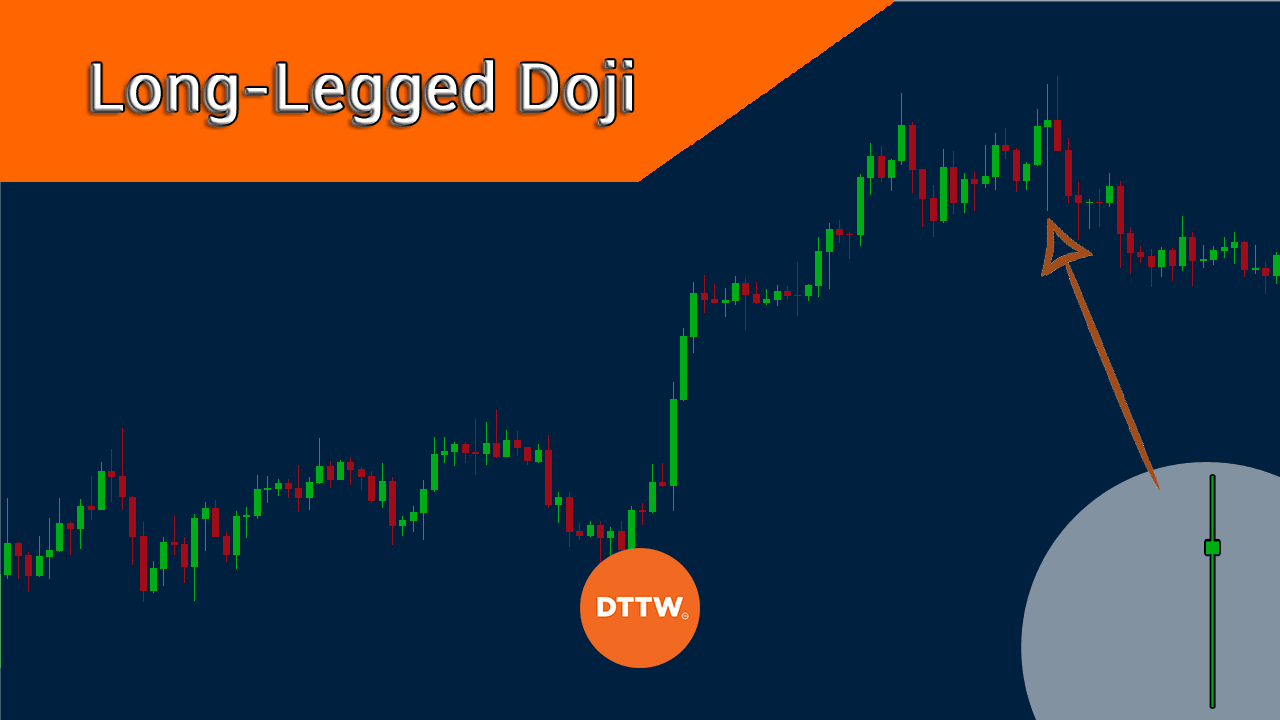 Doji is a popular reversal pattern used by traders and investors to predict the future price of an asset. The doji is unique in that it simply means that the price opened and closed at the same price.

There are several types of the doji pattern that you can use in the market. In this article, we will focus on the long-legged doji and assess how to use it in the market.

There are several types of a Doji pattern in the market. First, there is the standard doji, which usually looks like a plus sign. It is a small doji that has small shadows and a very small body.

Another less-popular doji pattern is known as the four-price doji. It is simply a horizontal line with no upper and lower shadows.

The focus of this article is the long-legged doji, which looks like a cross in that it has a small body and long upper and lower shadows. The price action implies that the price opened, then rose sharply and then moved sharply below the open price and then closes at its open price.

What does this pattern mean?

As mentioned above, the long-legged doji is a candlestick pattern that pimples that the price opened, rose or declined, and then ended at where it opened at. Ideally, the pattern can be in either of the colors.

The long-legged doji typically says that there is an overall indecision among traders. It also means that there is more activity in the market because of the size of the upper and lower shadows.

How to identify a long-legged doji

The process of identifying the long-legged doji is relatively simple to use. Ideally, you need to just launch your chart and see how it is trading (like all other patterns). In most cases, you will not catch the doji as it is being formed. Instead, you will only identify the doji long after it has been formed.

In a chart, the long-legged doji will typically be in either of the two colors depending on the open and closing prices.

To identify the pattern, you just need to look at the charts and note whether a pattern such as the one we have noted above has formed.

The pattern will typically form at a faster rate in a shorter chart such as a minute and take a longer period to form in daily and weekly charts.

So, is the long-legged doji a bullish or bearish pattern?

However, the long-legged doji is different in that it does not always mean that the price will reverse. Besides, the doji pattern can form even in a period of low market volatility or when there is no well-defined trend.

Therefore, it is not always recommended to open a bearish trade when it happens during an upward trend.

How to trade the long-legged doji (+ example)

It is a bit difficult to trade the long-legged doji because it does not provide a particular signal in the market. Nonetheless, there are several strategies that you can use to trade the pattern.

One of the best ways is to use pending orders, where you open a buy-stop and sell-stop trade and then protect them with the necessary stops.

A good example of this is shown in the chart below. As you can see, the Bitcoin price formed a long-legged doji whose upper and lower sides were at $45,650 and $43,193, respectively.

Therefore, in this case, you could have placed a buy-stop at $45,650 and then protected it with a stop-loss and a take-profit.

At the same time, you could have placed a sell-stop at $43,193 and added a take-profit and a stop-loss. Therefore, in this case, you will benefit regardless of the direction that it breaks out.

In this article, we have looked at the multiple types of the doji pattern in trading. A due recap, to really understand what differentiates the long-legged from other Doji and why we cannot analyze it in the same way.

We have also assessed the overall strategy you need to use when trading using the pattern.