Loss Aversion Bias Can Be Lethal to Your Trading Career 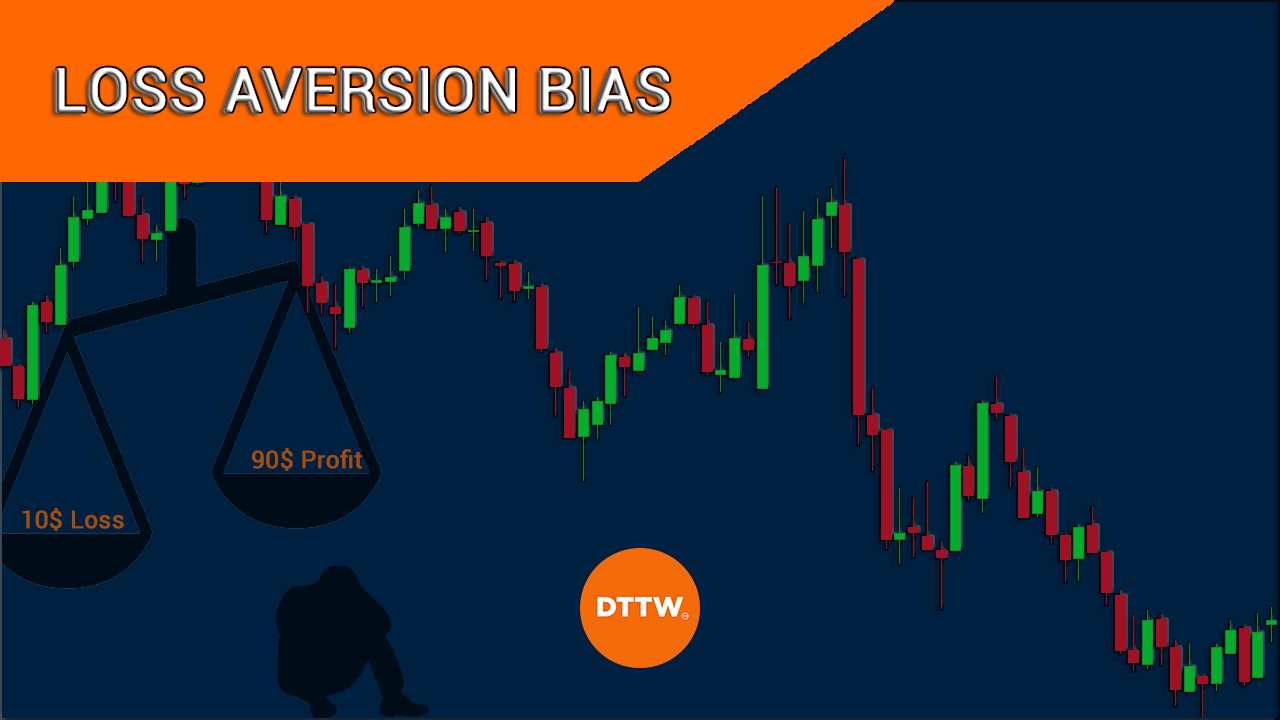 Aversion is a common term in the financial industry. It is mostly associated with risk aversion, which is a situation where a person does not like taking risks in the market. These investors, instead, prefer safe assets like bonds.

However, risk aversion can easily result in a cognitive bias that is almost crippling for a day trader: the loss aversion bias. In this article, we will focus on loss aversion bias, which is a common term in the market, and how to overcome it.

What is loss aversion bias?

Loss aversion is the process where a trader is inclined to avoid losses at the expense of making equivalent profits. A good example of this was highlighted by Daniel Kahneman, who is a Nobel-winning economist. In his experiment, he asked his students to flip a coin.

If they flipped it and landed on tails, they would lose $10. He then asked them how much they needed to win to make it worth the risk in the experiment. As expected, most students answered $20.

Another good way to think about a loss aversion bias is to consider a situation where you are about to open a trade.

In this trade, the trader is told that they could lose $100 or make the same amount. A trader with a loss aversion bias will often not open the trade since they are inclined to believe that they will lose money.

Risk-averse traders find it difficult to stay invested in the market because they believe that they will always make a loss. Also, they tend to close their trades early when they see it in the profit-making territory.

But losses in trading are normal. In fact, it is estimated that about 80% of traders lose money.

Example of a loss aversion bias

Assume that you are a trader and you find that an asset is trading at $10. It is possible to have an equal-weight risk-reward basis where you place a stop-loss at $5 and a take-profit at $15. In this case, assume that you have $10,000 to spend.

If the trade goes your way, you will make a $5,000 profit and if it goes south, you will also lose $5,000. If you have a loss aversion bias, you will typically avoid opening such a trade fearing that it will drop to $5.

Another example of loss aversion bias is where you buy a stock at $5 and hope to exit when it rises to $7. But, because you are a risk-averse trader, you will exit when it moves to $6 when your profits are not fully realized.

Loss aversion bias is a common topic in risk-reward ratio and trading psychology studies and it's one of the most popular reasons why many traders and investors lose money.

For example, while the stock and crypto market did well during the Covid-19 pandemic, an average investor either lost money or exited without realizing significant gains.

The opposite of having a loss bias aversion is being overconfident. A trader who is overconfident will often open multiple trades without paying much attention to their loss potential.

The two are equally dangerous. As such, it is always recommended that you find the middle ground.

Related » Have You Had a Loss? That's why you don't have to give up!

Second, historical losses also lead to a loss aversion bias. A trader who has made a large loss before believes that he will lose money in the future.

Third, the nature of the financial market is also a cause of this bias. In most cases, many traders gain this bias in highly volatile markets.

Further, there are cultural and socioeconomic causes of the loss-aversion bias. Studies have shown that people from different countries are more risk-averse than others.

This bias can be a bottleneck for traders at any stage of their career. Indeed, risk aversion could lead to the decision not to enter a trade despite all the analysis showing it can generate good profits or even terminate a trader's career in the most extreme cases.

Another problem is what we saw in one of the examples, namely, exiting a winning trade too early just because some profit came in, even though our goal-and the take-profit-was higher.

The reverse is also true. Loss aversion might make a trader opt not to liquidate a falling position right away to wait for a bounce back and then incur an even higher drop.

There are three main types of loss aversion bias in the financial market.

First, there is the status quo bias, which is a cognitive bias that sees people prefer that things stay as they are. In this case, a trader with $10,000 will prefer to keep it instead of trading and having an opportunity to make a small profit.

Second, there is disposition bias, which is a situation where a person is inclined to sell profit-making assets and buy those in the loss-making category.

Finally, there is the prospect theory bias, which describes how people choose between different options and how they estimate the perceived likelihood of these options.

How to overcome loss bias aversion

There are several strategies of overcoming loss bias aversion. First, having trading experience and being trained about risk-reward can help you a great deal. Unfortunately, this is one area where many traders fail in.

Setting these two stops and sticking with them will make it easy for you to avoid these risks.

Third, having a trading journal can help you avoid loss aversion bias. This journal will simply make you grounded and help you learn from your past mistakes.

In this article, we have looked at the concept of loss aversion bias and how it works. We have also assessed some of the causes of this concept and identified ways of preventing it.

In short, it refers to a situation where you are mostly focused on the losses that you can make instead of the potential profits.