How to Trade with the Mcclellan Oscillator 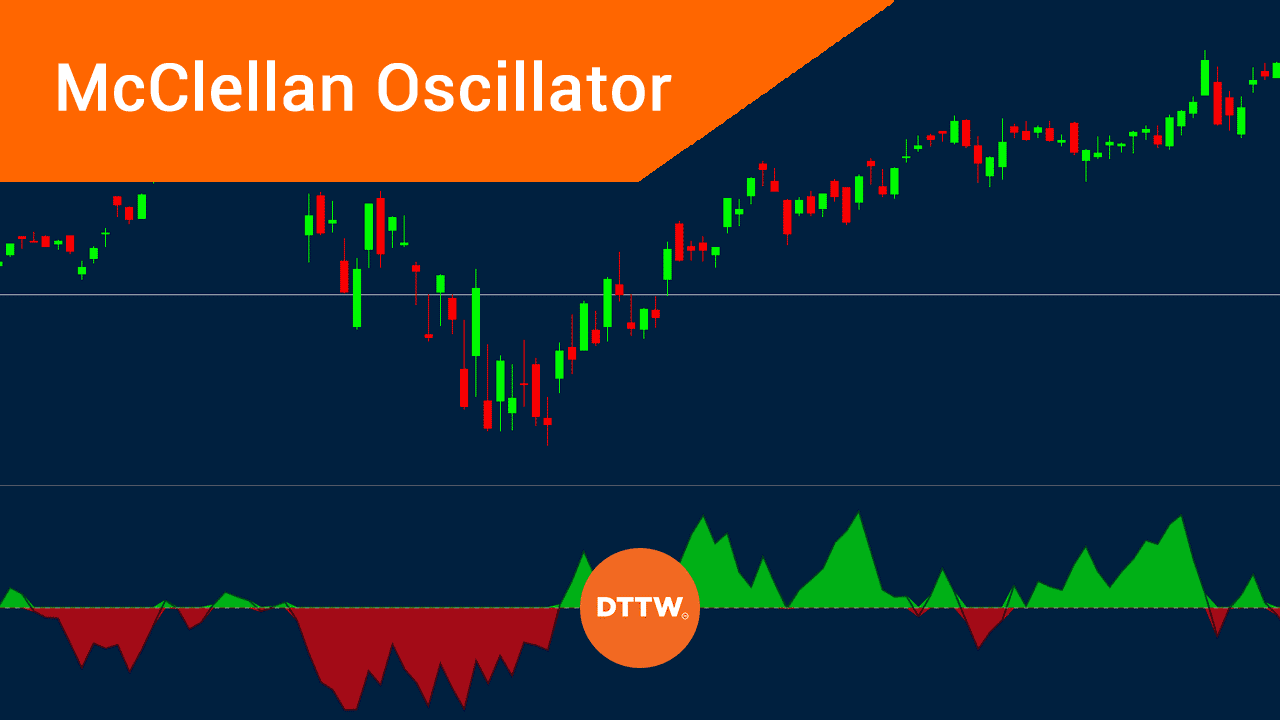 Breadth indicators are relatively different from other popular technical indicators like the moving averages, relative strength index, and MACD. For one, they are more effective in analysing equities and indices rather than other popular assets like commodities.

Another reason is that they do not necessarily have a lot of usefulness for day traders. Instead, they are mostly useful for swing and long-term traders. In this report, we will look at the Mcclellan Oscillator, which is a popular breadth indicator.

What is the Mcclellan Oscillator?

The Mcclellan Oscillator was developed by Sherman and Marian McClearm, a husband-and-wife couple who are well-known in the technical analysis industry. Like most breadth indicators, the Mcclellan Oscillator identifies the net advances and the number of declining equities of shares listed in the New York Stock Exchange and the Nasdaq.

The indicator can also be used in all other exchanges like the London Stock Exchange (LSE) and the Deutsche Boerse.

The Mcclellan Oscillator is relatively similar to other breadth indicators like the advance and decline ratio and the arms index. The only difference is that it also includes other calculations like using the exponential moving averages.

The chart below shows the MO applied in the S&P 500 chart.

How the Mcclellan Oscillator is calculated

The first step of calculating the Mcclellan Oscillator is to find the ratio-adjusted net advances (RANA). To do this, you first subtract the declines from the advances. The declines are the number of stocks that are falling while advances are the rising ones.

You then add the declines and the advances and find the answer. Finally, you divide the first answer and the second one.

The next step of calculating the Mcclellan Oscillator is to subtract the 39-day exponential moving average of RANA from the 19-day EMA of RANA.

You use the following formula to calculate the 19-day EMA:

Similarly, you use the following formula to find the 39-day EMA:

As with all technical indicators, you should never worry about the calculations since they are provided by most brokers. Instead, you should focus on adding the indicators in the chart and interpreting it.

How to interpret the Mcclellan Oscillator

There are two main conclusions derived when you look at the Mcclellan Oscillator.

Coming or Leaving Money in the market?

First, when the MO is positive or in the green, it is a sign that there is more money coming in the market. This is usually a bullish sign.

Similarly, when the Mcclellan Oscillator is negative, it means that more money is leaving the market, which is usually a bearish factor.

In addition, when you add the daily values of the MO indicator, you come up with the McClellan Summation Index, which is also popular in the financial market.

How to use the MO

Using the Mcclellan Oscillator is relatively easy. The most popular approach is to look at the colour of the indicator and its direction. If the indicator is red and extremely low, it means that the market is getting oversold, which is a signal to buy. However, you should only buy when the indicator starts to rise.

The uptrend will receive more confirmation when the MO turns green and continues to rise. A good example of this is shown in the S&P 500 chart at the beginning of this post.

The opposite is true when considering the selling signals. Ideally, a sell signal emerges when the Mcclellan Oscillator is in the overbought territory, as shown in the Nasdaq 100 chart below. Also, you should short when it is red and dropping.

Combine with other indicators

The chart below shows the Nasdaq 100 indicator paired with the MO and the RSI indicator. As you can see, a buying signal emerged when the RSI moved to the oversold level.

The McClellan Oscillator is an important breadth indicator that smoothens other breadth indicators like the advance-decline ratio. However, the biggest challenge with it is that it is not ideal for day traders and scalpers because the signals are not instant.

However, if you are a long-term day traders, using the indicator can help you identify long-term signals.

And you? Have you ever used this oscillator or do you have experiences to tell us about it? Let us know in the comments!

Is there somewhere (A site, perhaps?) where I can find the MCO for a stock, or must I calculate itt myself?