Overtrading: Risks Involved and How to Avoid It

Day Trade The World™ » Trading Blog » Overtrading: Risks Involved and How to Avoid It 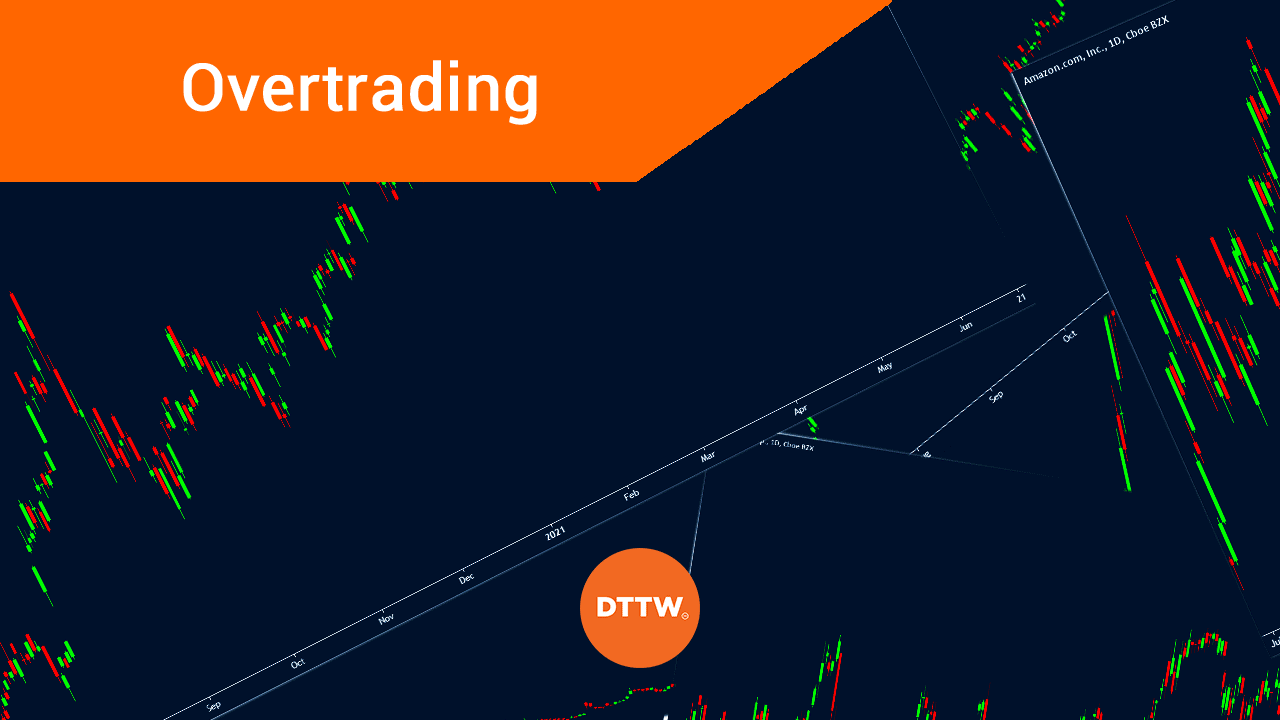 Overtrading is one of the most popular mistakes that many novice and experienced traders make. If in fact some of the causes of overtrading can be avoided with experience, for others, such as psychological factors, this may not be enough. That's why we always recommend to stay out of the markets if something upsets you and does not allow you to concentrate; better to lose a day than an entire account!

In this article, we will look at what overtrading is and some of the top strategies to use to make money while opening fewer trades per day.

As the name suggests, overtrading is the process where a trader opens a lot of trades every day. The process is most popular among day traders and scalpers. It is also popular among high-frequency traders.

While overtrading can see you make a lot of money, it can also expose you to substantial losses in a trading session.

As professional traders with almost a decade in the business, We have seen many traders lose a fortune simply because of overtrading. To better understand this concept, let us look at the several types of traders.

First, there are position traders or investors, who are people that buy and hold financial assets for a considerable amount of time. This could be a week or even several months.

Second, there are swing traders, who buy or sell assets and hold their trades for a few days. They aim to identify potential trends and then move with the flow.

Finally, there are day traders, whose goal is to open trades and close them by the end of the day. They try to avoid the risks that come with leaving their trades open overnight.

A significant portion of day traders is known as scalpers. These are traders who make money by opening tens of trades every day. Their goal is to generate a small profit many times per day.

There are several reasons why many traders, especially novices, overtrade. First, many of them believe that they will make more money by overtrading. Second, many traders overtrade because of the strategy known as the Martingale system. This is where they open many trades and hope that the winning trades will be better than the losing ones.

Third, many traders overtrade as they react to the ongoing price action as volatility increases. For example, if they see companies like Tesla, Nio, Roku, and Okta moving in the premarket, they will want to get into the market action.

Finally, many people overtrade because of the lack of a trading plan (and this is one of the key points). This is a common reason among many traders who are just getting started.

There are several types of overtrading in the financial market. Some of the most common of them are:

How to avoid overtrading

Fortunately, there are several strategies to use to avoid falling into the trap of overtrading.

Having a set of rules

You should have a set of rules on the number of trades that you should open on a daily basis. While having rules will help you, following them to the letter will help you more.

Educating and disciplining yourself is a fundamental tip not only in trading, but in every aspect of life. Clearly there are exceptions, but you must be careful that these do not become habits.

Have a trading strategy

Having a good trading strategy will help you avoid the risk of overtrading. Trading without having a clear idea in mind can bring results once, twice. In the medium and long term, however, relying totally on chance will inevitably lead to more or less consistent losses.

If you don't want to risk this, You can use our guide on how to create a trading strategy.

Have a trading journal

A trading journal is a document where you list all your trades, the reasons for opening them, and their outcome. A journal will help you be a disciplined trader.

Keeping track of your trades is nothing more than the union of the two tips mentioned above: it serves to understand the right strategy to follow and, therefore, to have its own rules.

If you have problems with this activity, you can use our free guide on creating a trading journal here.

Have a risk management plan for all the trades you enter. For example, before you open a trade, establish the maximum loss that you are willing to take and set a stop loss. The benefit of doing this is that it will help you only make losses that you are comfortable with.

Sound familiar? That's right, that's also part of being a disciplined trader. Avoiding putting your account at risk is one of the goals that you must always keep in mind.

Finally, focus all your trading decisions on research. Before you trade, ensure that you spend a few minutes doing research about it. Depending on your trading style you can search for the latest news about a certain company or asset, do technical analysis using one or more trading indicators, or visually analyze charts for recurring patterns.

There are several risks that come with overtrading. Some of these are:

Overtrading is one of the biggest risks in the financial market. In this article, we have looked at what it is and some of the top strategies to use to prevent it. In summary, we recommend that you be a disciplined trader who opens several well-researched trades per day.