Is the Piercing Line Candlestick Pattern Good for Traders? 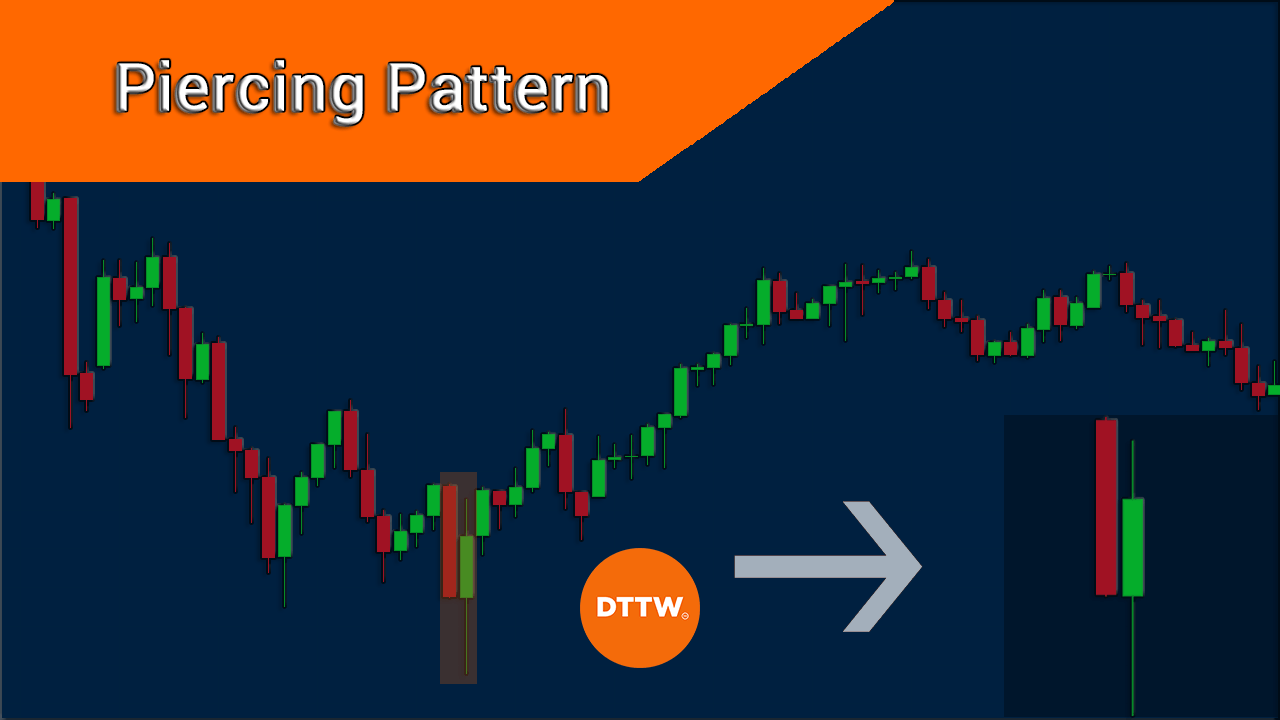 A piercing candlestick pattern is a bullish reversal pattern that happens during a time when the asset is in a downward trend. It has a close resemblance to a bullish engulfing pattern, which is also a two-candle pattern.

In this article, we will explain what a piercing candlestick is and whether it is a good pattern to use in day trading.

What is a piercing line candlestick?

While 50% is the most common level, it is hard to estimate it. Therefore, most traders use a visual approach to determine whether to buy or sell the asset. The chart below shows how this pattern forms.

How to identify a piercing pattern

Identifying the piercing line pattern is a relatively easy exercise to do. First, you need to ensure that the asset’s price is in a downtrend. If it is not, then the pattern you note is not a piercing line.

Second, on the left, there is a bearish candle that often has a large body and small upper and lower shadows. The length of this candlestick is an important one to note since it needs to be a bit long.

Third, the bearish candle is followed by a bullish candle that closes about 50% above the previous candlestick’s close. This candle should have a small gap.

As shown above, this bullish candle usually opens lower than the other candlestick.

What does the piercing line pattern tell a trader?

A piercing line indicator tells a trader a number of things. First, it tells them that the bearish trend is losing steam since the price closed above the bearish candle.

Second, the pattern tells them that a new bullish trend is about to start. However, it also tells traders that there could be a bearish continuation when there is a false breakout pattern.

Example of a piercing line candlestick

It then formed a strong gap pattern and then it closed about 50% above the price. As you can see, the price made a short comeback during this time.

There are several strategies that one can use to trade the piercing line candlestick pattern. One way is to initiate a bullish trade slightly above the bullish candlestick.

It is recommended that you use a buy-stop trade. If the bullish breakout happens, there is a possibility that the buy-stop trade will be initiated.

The benefit of using these pending orders is that the trades will be initiated when the conditions happen.

Further, you can combine the trading pattern with technical indicators like the Relative Strength Index (RSI) and the Stochastic Oscillator. If the pattern forms as these indicators are in an oversold level, it could be a sign that a new bullish trade is about to form.

There are several benefits of using the piercing line. Let us start with the benefits first:

On the other hand, some of the disadvantages of using the piercing line are:

It happens when an asset forms a long bullish candle that is followed by a bearish candle that closes about 50% below its close. A good example of this pattern is shown in the chart below.

The piercing line is a popular trading pattern. In this article, we have looked at how it works, its key characteristics, and how it differs from the dark cloud cover pattern.