How to Rebuild Your Portfolio After a Stock Market Crash 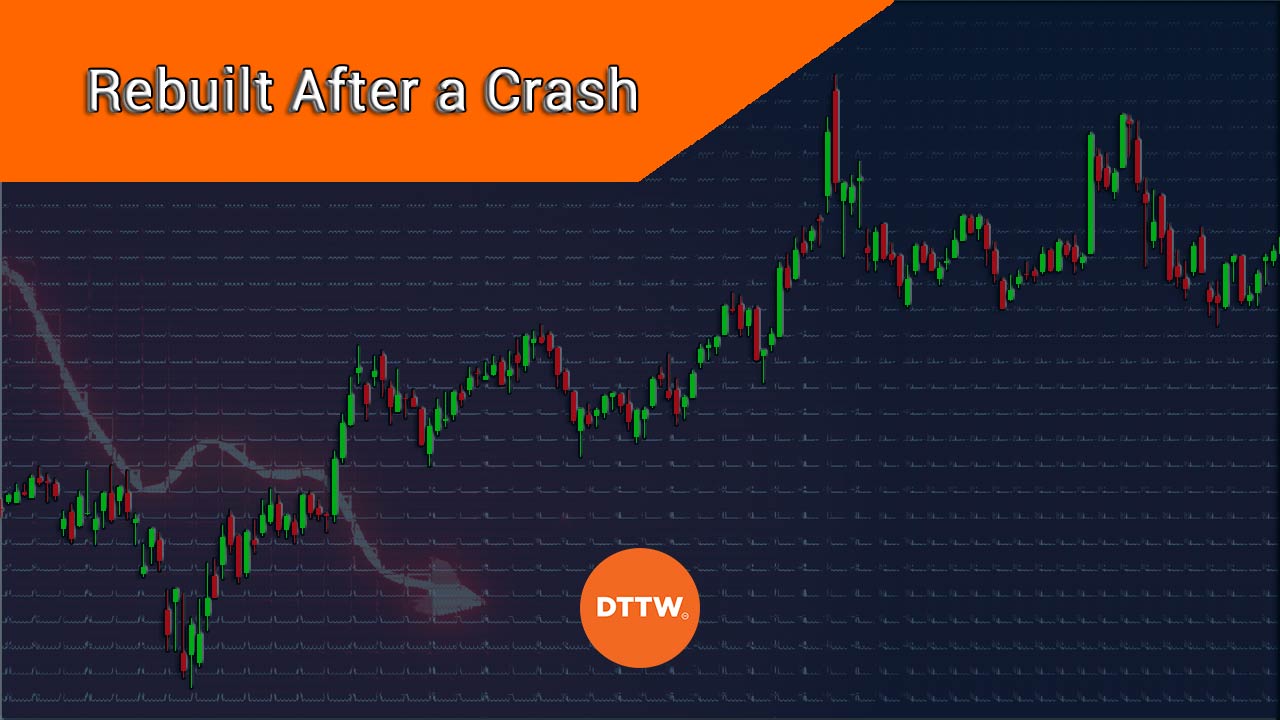 A stock market crash is a period where most stocks decline sharply in a short or extended period of time. There have been some notable market crashes in the past few years (below we'll talk about some of them).

Examples of a stock market crash

There have been multiple stock market crashes in the past decades. First, there was the crash of between 1929 and 1930. This crash happened after an extended period of speculation among traders.

At the time, the price of most assets was at elevated levels, which pushed more investors to the market. As a result, as stocks started falling, everybody continued selling, leading to a major sell-off.

Second, there was the famous stock market crash of 1987. The crash, which is now known as the black Monday, happened after a strong bullish trend by indices.

The Dow Jones rose by 44% within a few months. As a result, fearing that a bubble was forming, most investors exited their positions, leading to a major dip.

The third example of a stock market crash happened in 2000 when the dot com bubble burst. Before this crash, most investors were rushing to buy all types of “tech” companies. This led to a major bubble, which burst in 2000.

Meanwhile, after years of speculation in the property and stock market, it all came crashing down in 2008 during the Global Financial Crisis (GFC). At the time, most assets tumbled as fears of another Great Depression continued. The sell-off accelerated when Lehman Brothers went bust.

Another stock market crash happened in 2020 when the Covid-19 pandemic emerged. This crash pushed most stocks down.

In addition to these well-known market crashes, there have been others, especially relating to certain sectors.

Some sectors that saw a sharp appreciation and then crashed were cannabis, clean energy, and electric vehicles. The chart below shows the performance of the leading cannabis ETF.

Causes of a stock market crash

There are many causes of a stock market crash. Some of these main causes are:

How to rebuild your portfolio after a crash

Unfortunately, stock market crashes are hard to predict and the best investors are often caught in the situation. For example, it is widely known that Ken Griffin’s hedge fund nearly went burst during the 2008 crash. It is also well-known that Warren Buffett lost a lot of money during the early days of the Covid-19 pandemic.

Fortunately, there are simple strategies you can use to rebuild your portfolio after a strong crash.

For one, what history teaches us is that crashes are usually brief and that stocks tends to rise sharply after the market crashes. As shown below, the S&P 500 index recovered well after the 2008 financial crash.

So, here are some strategies to use to rebuild your portfolio after a strong crash. As you will find out, these strategies are aimed at investors and not day traders.

One of the simplest approaches to rebuild your portfolio is to focus on a diversified group of ETFs that capture multiple sectors. The benefit of focusing on ETFs is that they offer diversification that individual stocks don’t provide.

Therefore, in this case, you can identify multiple sectors such as financials, technology, consumer staples, energy, and consumer discretionary. You should then buy the respective ETFs.

The benefit of doing this is that you will be able to make money as the stock market recovers while limiting your risks in the market.

Another strategy to rebuild your portfolio is to buy cheap and quality companies whose share prices have dropped during the crash. The concept here is simple. When a market crashes, some good companies will drop. In times of a recovery, these will be the best stocks to buy.

Examples of such companies are Apple, Microsoft, and Google. Each of these firms has a strong balance sheet with billions of cash and they also have a strong market share.

The benefit of a stock market crash is that it makes the prices of excellent companies to be a bit cheap in a short period (the other way would be to use fractional shares).

Depending on when the stock crash happened, it is always important that you focus on corporate earnings. It is during these earnings periods that most companies provide statements on their business.

At times, a company whose share price has dropped sharply can come out swinging and offer an upbeat report. When this happens, it could be a positive catalyst for the stock market.

Stock market crashes, unfortunately, will always be around. Therefore, in this article, we have looked at some of the popular causes of these crashes and their causes. We have also identified some top strategies to use to rebuild your portfolio when it happens.