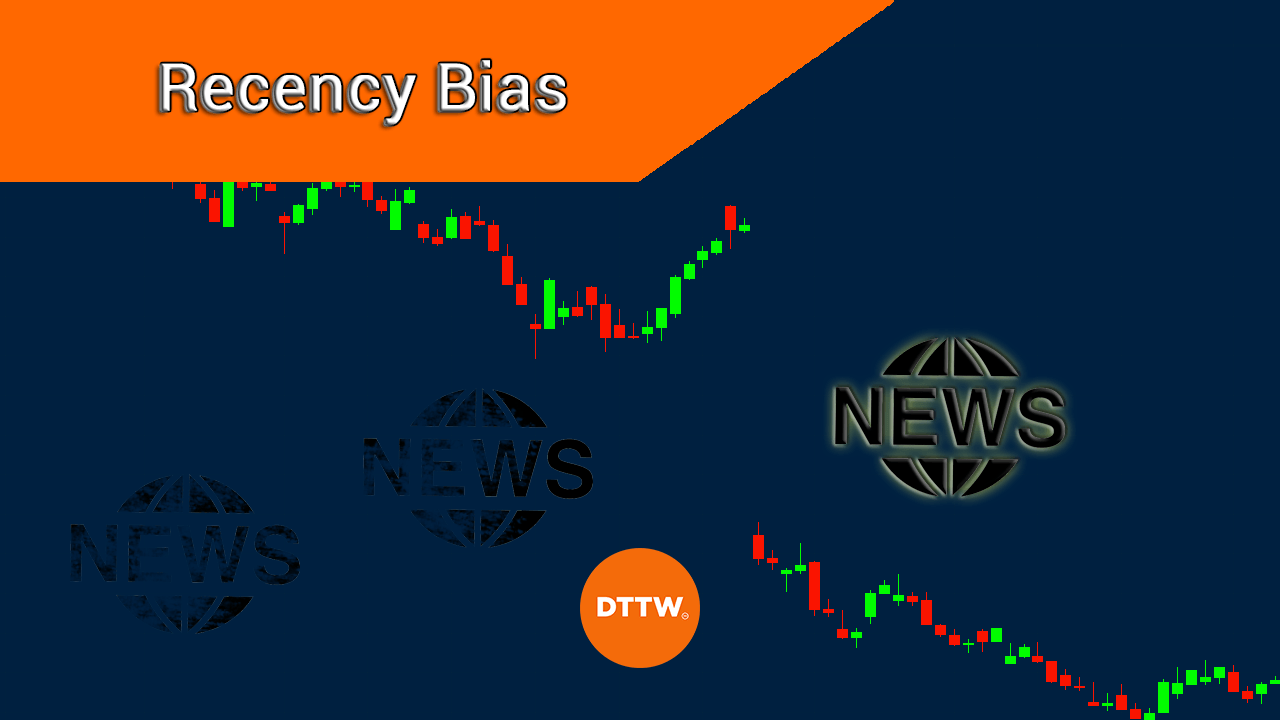 Recency bias is a popular trading term in the financial market. It refers to a situation where traders focus on the most recent news and economic events while ignoring older and important events in the market. In short, something potentially catastrophic.

In this article, we will look at what recency bias is and some of the most important strategies to approach it.

What is recency bias?

One thing that makes the financial market very dynamic is the news and events that happen in the market every day. For example, there are news events such as corporate earnings, a major investor purchase, interest rates, geopolitics, retail sales, and inflation data.

Now, when these events come out, you will typically find financial assets reacting.

For example, if the Fed turns highly hawkish, you will likely see stocks decline and the US dollar strengthen. Similarly, if a company publishes strong results, the most likely scenario is where the shares jump sharply.

Recency bias refers to a situation where a trader puts more emphasis on these news events while ignoring those that happened a while back.

We want to emphasize this again…doing this can have negative implications for a trader.

Related » Where Do Day Traders Get Their News?

Example of this bias

There are many examples of recency bias in the market. For example, assume a situation where the Federal Reserve makes its decision. In it, the bank decides to hike interest rates by 0.50%. The conventional wisdom in a recency bias is that the US dollar will rise and stocks retreat.

However, at times, the opposite can happen. Stocks could rise and the US dollar retreats when you factor in what Fed officials were saying previously. In this case, this price action will happen because of the situation known as buying the rumour and selling the news.

Another example is what happens during the earnings season. In most cases, when a company publishes weak results, a stock could rise if you consider what happened a while back. Perhaps, these weak results will be weak but an improvement from the previous quarter.

Recency bias is usually confused with anchoring bias. Yet the two biases are usually not the same. As mentioned, recency bias refers to a situation where investors use the most recent information while ignoring the previous important events.

Anchoring bias, on the other hand, is a situation where investors focus too much on pre-existing events in the market. For example, if you see a t-shirt selling at $50 and another one selling at $35, you will mostly assume that the last one is of a bad quality. In reality, the two could be of the same quality.

Anchoring bias can happen in a number of ways in the financial market. For example, if someone asks you where the Microsoft stock will be in three months, you first check where it is trading today and then predict where it will be in the coming three months. Other types of anchoring bias are on valuation metrics like price-to-earnings, price-to-sales, and EV to EBITDA among others.

Some of these sub-indexes are the CBOE Volatility index, safe-haven demand, junk bond demand, put and call options, stock price breadth, and stock price depth among others.

The fear and greed index figure can lead to recency bias based on where it is currently at. For example, as shown below, with the index currently at the extreme fear of 11, a trader can assume that the stock market will continue dropping without looking at the historical perspective.

There are several factors that trigger recency bias in the market. Some of these factors are:

Other popular triggers for recency bias are economic data like inflation, retail sales, housing starts, and building permits among others.

How to avoid recency bias

Traders use several strategies to avoid recency bias in the financial market. Some of the most important approaches to avoid this bias are:

Another important part is to have good mentorship. A good mentor will help you make navigate various market cycles.

One way to approach this is to watch other traders such as those in TraderTV do it. Further, having a good trading strategy.

In this article, we have looked at one of the most underlooked terms in the financial market: recency bias.

This cognitive bias can be sneaky because it follows the natural tendency to consider breaking news more relevant. While this is correct, we must not forget everything we have acquired up to that point!

Therefore, it is essential to follow an effective trading routine and have tools (such as those listed above) that can effortlessly enable us to avoid this bias.