What is a Reverse Merger (and differences with an IPO) 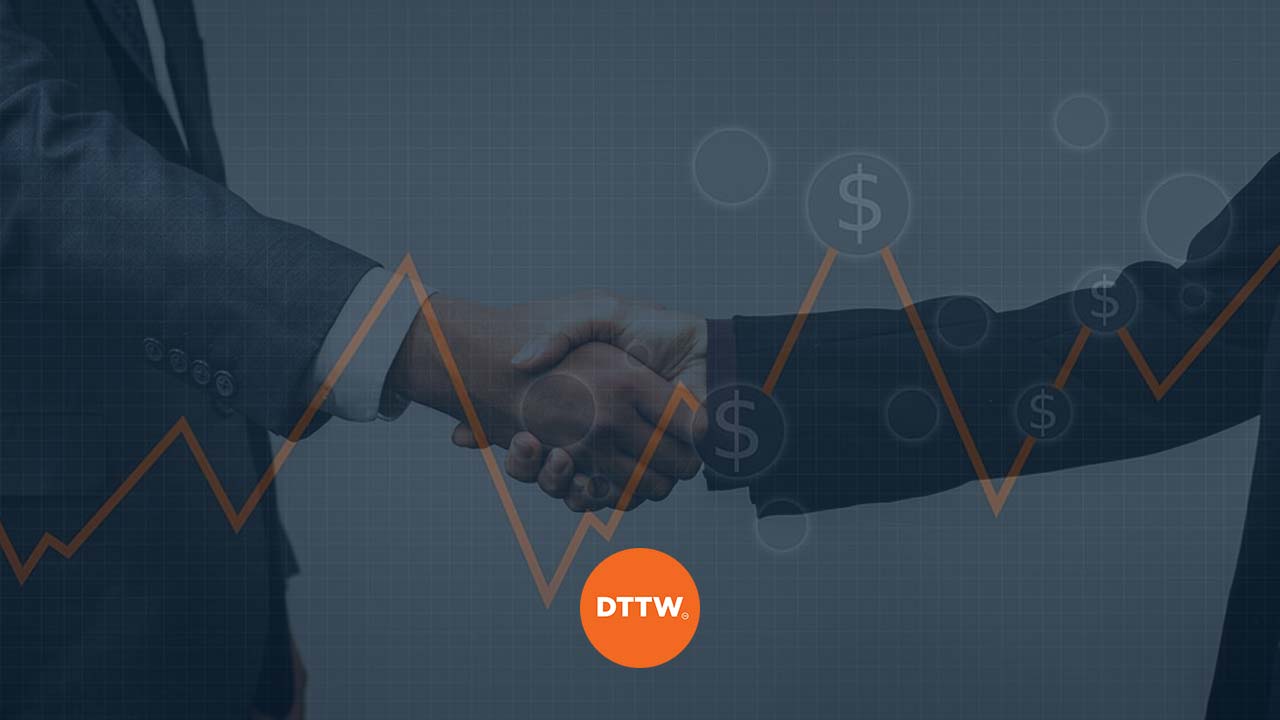 IPO is the best-known way for a company to go public. But this isn't always the best one! Companies go public in a number of ways. The most common method is that of having an initial public offering, also known as an IPO.

In an IPO, the company talks with advisors and investment bankers, conducts a roadshow, and then sells shares to investors. This process is usually long and expensive. Some of the recent common IPO was that of Uber, Peloton, and Shopify.

Another way of going public is that of direct listing. In this process, a company does not sell stocks directly to investors. Instead, the company facilitates the resale of shares held by company investors, employees, and insiders.

The process is usually slightly cheaper than a normal initial public offering because the role of investment bankers is usually limited. The most recent prominent companies to use direct listing are Slack and Spotify.

What is a Reverse Merger?

A reverse merger or reverse takeover is another way in which companies go public. This is a process where a private company buys a company that is already public.

The public company that is acquired is often a dormant one or one that is not well-known. A dormant company is also known as a shell company.

According to the Securities and Exchange Commission (SEC), the company needs to be publicly traded, has nominal or no operations at all, or have nominal assets, no assets or cash only assets.

A common popular type of reverse mergers is known as SPACs. A SPAC stands for a Special Purpose Acquisition Company. The process starts when an individual or company decides to raise capital to create a shell company.

After raising the capital, they take the shell company public, where investors can buy or sell shares. In the next step, promoters of a SPAC then do research and find a good quality company.

They then acquire minority stake in the private company and acquire a minority stake. Finally, the two companies merge and the SPAC can change the name to reflect the identity of the acquired company.

Therefore, we can see that a SPAC is one type of a reverse merger transaction.

After this, they can vote to change the name of the entire company and its ticker. A ticker is the symbol that is associated with the company. For example, the ticker price of Apple is AAPL while that of Twitter is TWTR.

The chart below shows how a reverse merger happens (and its steps). 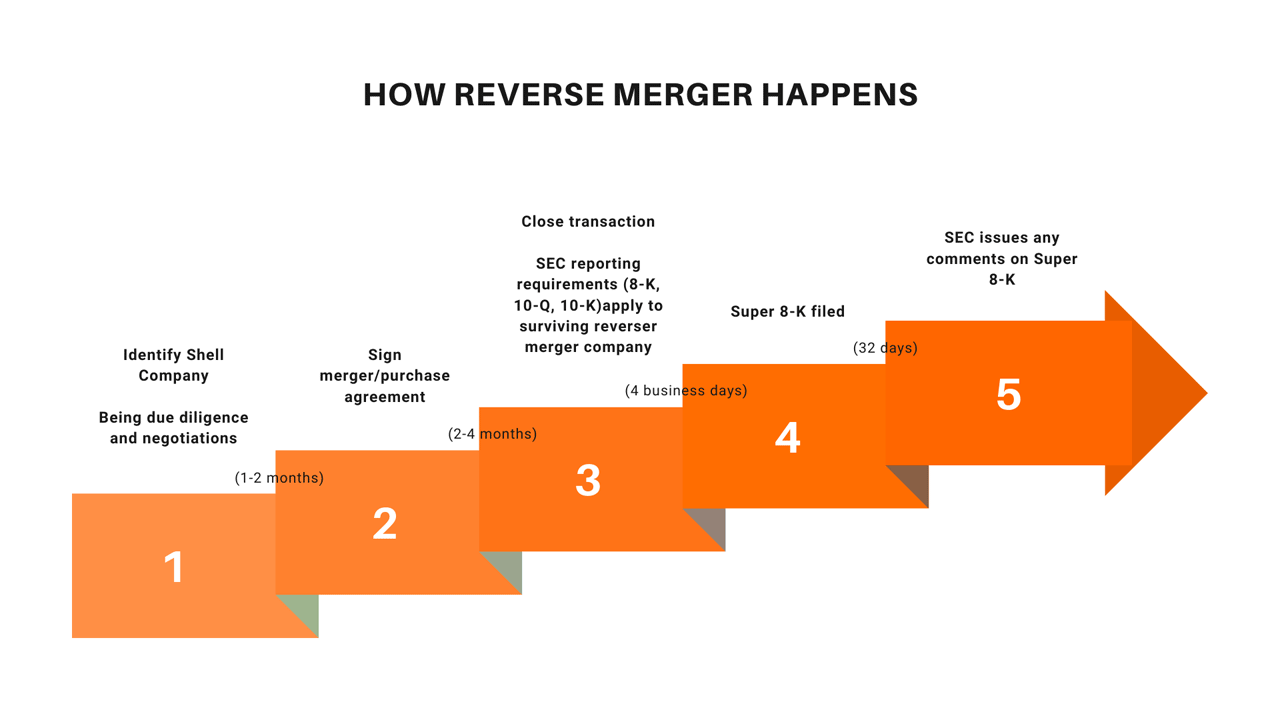 Reverse mergers are not popular these days. Instead, many companies are opting to go public through SPACs, Initial Public Offering (IPO), and direct listing. In direct listing, a company goes public without issuing any shares while in a SPAC, a publicly traded shell company acquires a minority stake in an operating private company.

Some of the most popular reverse merger deals are:

What's good about a Reverse Merger..

There are several reasons why a company uses reverse mergers. First, a reverse merger is usually easy to execute than an IPO. A good example of how an IPO can go wrong is what happened in WeWork. The company’s stock collapsed even before the company went public.

Second, a reverse merger is usually cost effective than an IPO. This is because it does not involve so many transaction advisors.

Third, a reverse merger is usually fast to execute provided that the company being acquired is positive about the deal.

Reverse mergers too have their own disadvantages.

First, the process does not lead to a lot of publicity as an IPO does. This is because most investors focus on the theatrics of the IPO.

Second, a reverse merger can lead to lawsuits that are associated with the shell company that is being acquired. Some of these lawsuits are about accounting and other fraudulent cases.

Third, a reverse merger leads to stock splits, which can reduce the number of shares held by shareholders.

Finally, the biggest disadvantage of reverse mergers and SPACs is that they don’t provide investors and traders with a lot of information. For one, in a traditional IPO, the company needs to submit a long document known as S1.

In it, it explains the nature of its business, use of proceeds, risks involved, and finances among other details. Investors can then use these details to make decisions on companies. As such, in a reverse merger, these details are not provided.

Indeed, the chart below shows the performance of Nikola and Lordstown Motors, which went public through SPACs.

A reverse merger is a relatively unpopular method in which companies go public. It is mostly popular among small and medium-sized companies that want to go public. Still, several popular companies like Dell and Virgin Galactic have used the process.