Santa Claus Rally: Is It Really an Xmas Present for Traders? 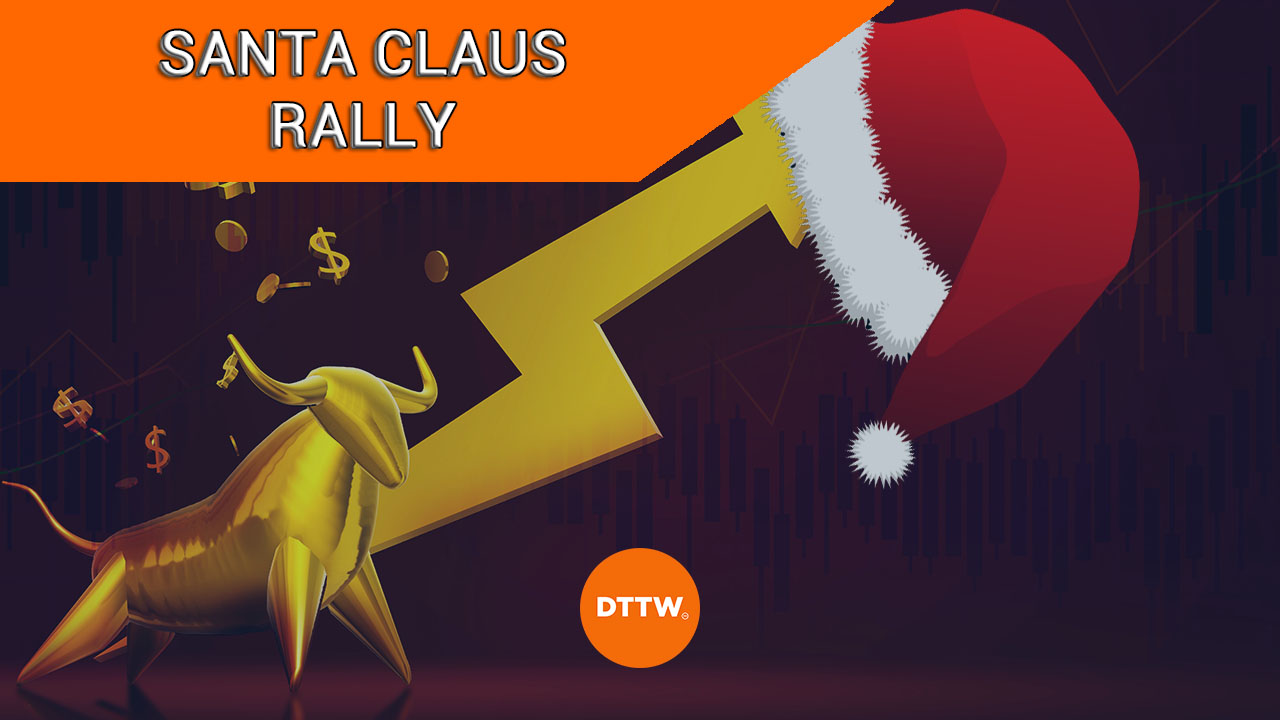 Seasonality is an essential part of the financial market. It refers to several ways in which asset prices move in different periods of the year.

For example, it is commonly known that the market sees low volume towards the end of the year since most people are usually in holiday.

In this article, we will look at what the Santa Claus Rally is and how to take advantage of it.

Related » Price Seasonality and why it Matters

What is the Santa Claus rally?

Santa is associated with good things like gifts, mostly for children. Retailers like Macy’s and Target use Santa as a marketing play during the season.

In line with this, the Santa Claus rally is defined as a situation when stocks rally towards Christmas day. This rally happens mostly because of the perception that stocks and cryptocurrencies do well in this period. As such, traders tend to buy assets, which leads to more price movements.

Related » How to Trade During the End of the Year

History of the Santa Claus rally

The concept of the Santa Claus rally started in the 1970s when some investors noticed that stocks tended to rally sharply before Christmas.

They based the argument on the fact that the S&P 500 index tended to rally by over 1.3% on average during the Santa rally period. Other statistics show that the SPDR S&P 500 index has rallied in 18 of 27 times since it was established in 1993.

When does the Santa rally starts?

To be clear. Unlike real seasons, there is no well-defined period when it starts and when it ends.

Some analysts believe that the Santa Claus rally starts from November through January. This is an important period since it is also the holiday shopping season. Americans spend billions of dollars during the holiday season, especially after the Black Friday event.

Data compiled by the CME Group shows that the S&P 500 typically returns about 1.42% during that period. December itself averages about 1.37%. Some traders believe that the Santa Claus rally begins a week before Christmas.

Related » How to trade a stock market rally

When does the Santa rally end?

In some cases, the Santa Rally might even end a day before Christmas as traders price in the unwinding of the season.

Is the Santa Claus rally real?

Santa Claus rally, in our view, does not always work because of the key drivers of the financial market. In most cases, there are usually many factors that affect the performance of the market. For example, in 2008, the market was reacting to the Global Financial crisis.

Similarly, in 2020, the financial market was reacting to the new developments related to Covid-19. Other popular themes that move the market in this period are monetary policy and corporate earnings.

Effect of the Santa Claus rally in the market

A closer look at the crypto market shows that Bitcoin reaches its all-time high before and after the Christmas period.

The forex market trades normally during the Santa Claus rally. This means that it does not show any unique characteristics during the period.

If the Santa Claus rally works as advertised, the right strategy would be to buy stocks and go away. However, as we have explained above, this is not a good trading approach since the Santa rally does not produce positive returns every year.

Therefore, we recommend that traders use their existing strategies to make money during this period. If you are a scalper, swing trader, or algorithmic trader, you should learn to stick to your strategies. Besides, there will always be trading opportunities during this period.

Related » How to develop an algo trading strategy

A caution for trading during the Christmas holiday is that the financial market sees low volume during this period since large institutional investors are usually away from the market.

Trading in a low-volume environment has its risks, especially when considering low-volume stocks and cryptocurrencies. As such, you should always be aware of popular pump-and-dump schemes.

In this article, we have looked at the concept of Santa Claus rally and how it works. We have also assessed the history of the Santa Claus rally, whether it is a good strategy, and some of the top strategies to use.