Session Overlaps can Delight Day Traders (in any asset) 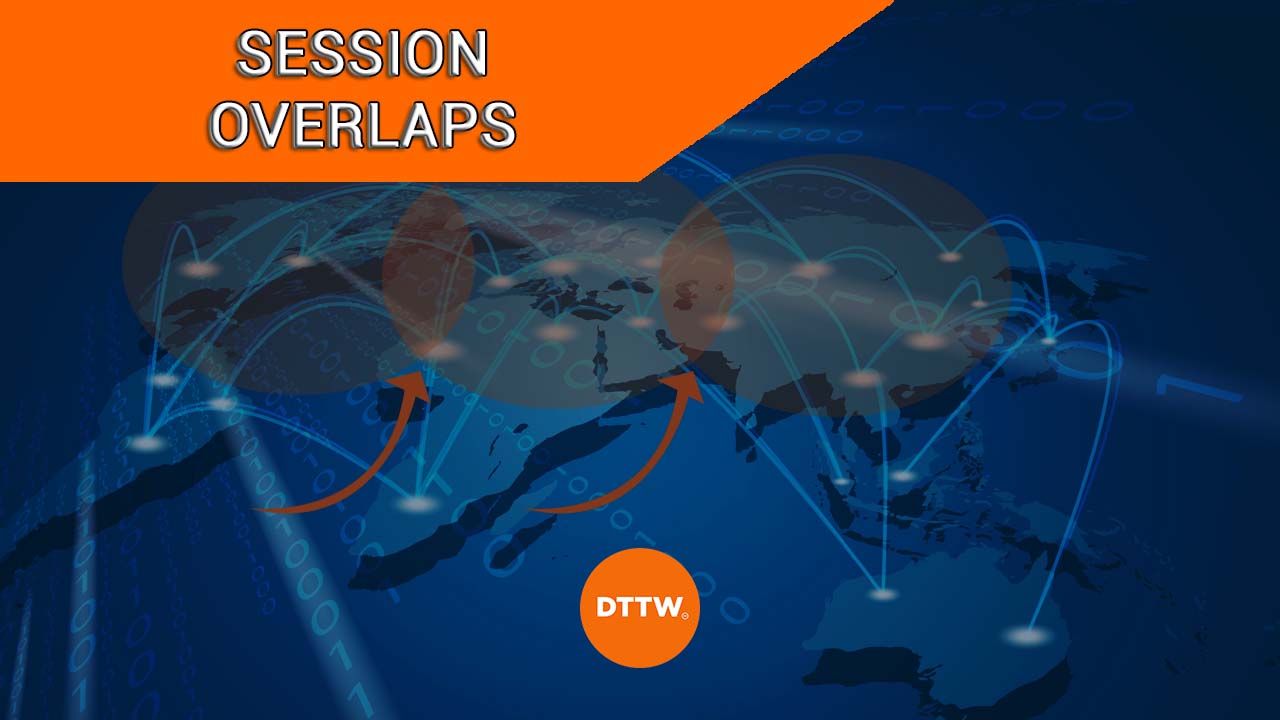 The financial market is global in nature, meaning that people are able to trade at all times. At the same time, there is a close relationship between the performance of different financial assets like stocks, commodities, and currencies and the time of the day when they are traded.

Indeed, There are specific time periods of the day when day traders can take advantage of the higher volatility and trading volume to maximize their efforts. These include, apart from the first hour and the last hour, overlaps.

Don't know what they are? In this article, we will look at the concept of session overlaps and why they matter in the market.

What is a session overlap?

These sessions are important because they are characterized by higher volume and volatility than during regular sessions. The chart below shows the different session overlaps in the market.

The Asian session is usually the first one to open since countries in the region are usually many hours ahead of those in the US and Europe. While there are many markets open during the session, the most important ones are in Tokyo, Shanghai, Sydney, and Hong Kong.

In most cases, the Asian session tends to mirror the performance of the American session. As a result, when the Dow Jones, Nasdaq 100, and S&P 500 rises, their Asian counterparts like the Nikkei and Hang Seng rise as well.

The Asian session tends to be relatively gloomy, with no major activity. Volatility across assets like currencies and cryptocurrencies is usually the lowest during this time.

The European session refers to the period when markets in Europe are live. The main European markets are in London, Frankfurt, Paris, and Milan. It usually starts at 07:00 GMT and closes at 4pm. This session tends to have some volatility because of the role that Europe plays in the economy.

For example, London is the most important market in the commodities industry. In addition, the European session is usually when major news comes out. This includes economic data and earnings for American companies.

Related » Why Trading from the European Union Pays Off

The American session is the most active in the financial market. In most cases, the average daily volume of American equities traded is worth hundreds of billions of dollars.

The session is also popular because of the volume of news that comes out from the US. The American session starts at 08:00 ET and closes at 1600 ET. American markets also have pre-market and extended sessions.

Top assets to trade during overlaps

A common question is on the best assets to trade during period overlaps. Are there certain assets that show more volatility and volume, thus offering more opportunities to day traders, or not?

Well … obviously there are differences.

First, currencies are some of the best assets that see significant volatility during periods of session overlaps.

For example, the Asian and European overlap is important because volume and volatility in the Asian session is usually very low. As a result, there is a substantial increase in volume when this session intersects with the European one.

The most common forex majors that show volatility during these overlaps are the USD/JPY, GBP/USD, and USD/CHF.

Second, stocks are important assets to trade during overlaps. In most cases, traders don’t have access to stocks in the Asian markets since they are not offered by most brokers.

Indices are other assets to trade during the overlaps. Indices like the Dow Jones, Nasdaq 100, and the S&P 500 are made up of a group of stocks. Therefore, they usually have major price movements during these periods.

How to trade session overlap

Another common question is on how you should trade during periods of session overlaps. In short, which strategies allow for better performance.

In most cases, there is no formula for trading during these periods. What a trader needs to do is to be prepared and know that the sessions will come with volatility.

As such, the trader should stick with his trading plan. Some of the top tips to use when trading the overlaps sessions are to:

In this article, we have looked at what session overlaps are, how they work, and why they are important. Also, we have explained the three important sessions in the financial market and some of the top tips to trade during these periods.

If you have little time to trade, or want to get the most out of your analysis, we recommend you try trading during the intersections between two macro areas.