Simple Moving Average: How to Calculate and Day Trade with It 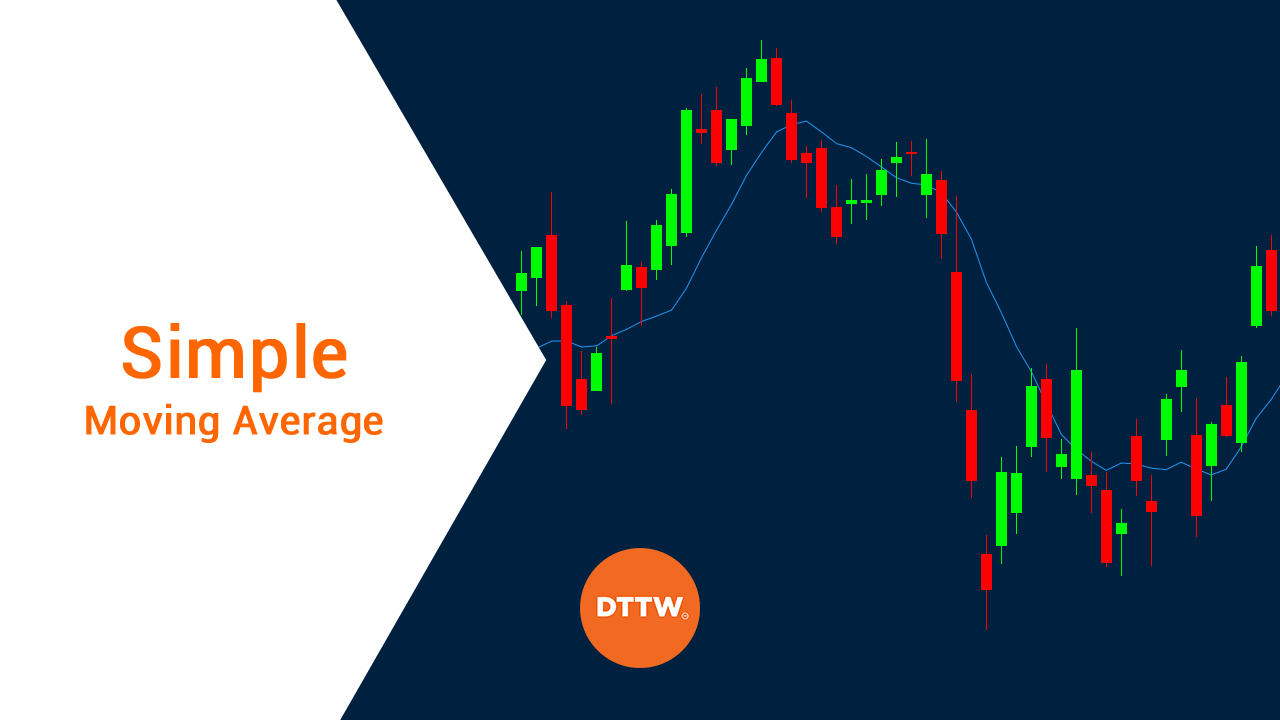 Moving averages are among the most common types of technical indicators in the financial market.

If you watch financial media like CNBC and Bloomberg regularly, you must have heard about the indicators.

In this report, we will look at what the SMA is and how you can use it well in the financial market.

What is the simple moving average?

The SMA is the most popular and easiest to understand type of moving average in the market. It is also the easiest one to calculate.

The average is formed by adding the total number of an asset’s price and then dividing it by the number of periods. The average is always moving since old data is always dropped as new numbers become available.

The SMA is so important such that other technical indicators have been developed from it. For example, the calculation of the EMA always starts with calculating the SMA.

Other indicators derived from the SMA are Bollinger Bands, momentum, and envelopes.

As mentioned above, the SMA is calculated by adding the prices of an asset and then dividing it with the periods.

The most popular price used in this calculation is the closing price. But, you can always use the open price if it matches your trading strategy.

Here is an example of the EMA.

What the SMA tell to traders

The simple moving average is provided by most brokers. This means that you don’t need to know how to calculate it.

Instead, you can just apply it in the trading platform and interpret it.

Unlike most technical indicators, the SMA does not tell you when to buy or sell an asset. Instead, it shows you the direction in which the asset is trading.

The two indicators are relatively popular and similar as well. As shown above, in the calculation of the SMA, each period is taken equally.

For example, if it is on a Friday and you are calculating the 5-day SMA, each of the previous days will be viewed in the same lens. As such, the SMA tends to have some noise, which analysts are keen to get rid of.

Therefore, the EMA attempts to remove this lag by putting more weight on the most recent data. There are three steps of calculating this indicator. First, you need to find the period’s simple moving average.

Second, you need to use a multiplier that you will use to smoothen the SMA. In the final step, you use the following formula

In our experience, We have found the exponential moving average to be a better indicator than the SMA. A good example of this is in the daily chart below. As you can see, the 50-day EMA has a better response rate than the 50-day SMA.

There are two main approaches of using the SMA indicator. The most popular is to use it to find reversals in the market.

You achieve this by combining a long-term moving average with a short-term average and then identifying where they overlap. The place where the two crossover is usually a sign of a reversal.

A good example of this is shown in the two-hour EUR/CHF pair.

In this chart, we added a seven-day SMA and a fourteen-day EMA. A longer-term sell signal emerged when the longer-term and shorter-term moving averages made a crossover.

A buy signal was created when the two moving averages made a cross over as shown below.

You can also use SMA in trend following. This is where you identify a good SMA figure to use and then implement it in a trending chart. If the chart is rising, you should assume that the trend will remain as long as it is above the SMA.

There are several things you need to know. First, as you can see above, the signals tend to be lagging. That is because moving average is a lagging indicator that uses previous economic data.

Third, you can add a third moving average to generate better signals.

There are several benefits of using simple moving averages when trading.

There are several cons of using SMAs.

SMA is an important technical indicator used in the financial market. Unlike crossovers, there are other ways you can use it.

We recommend that you take time to develop your own SMA trading strategy.