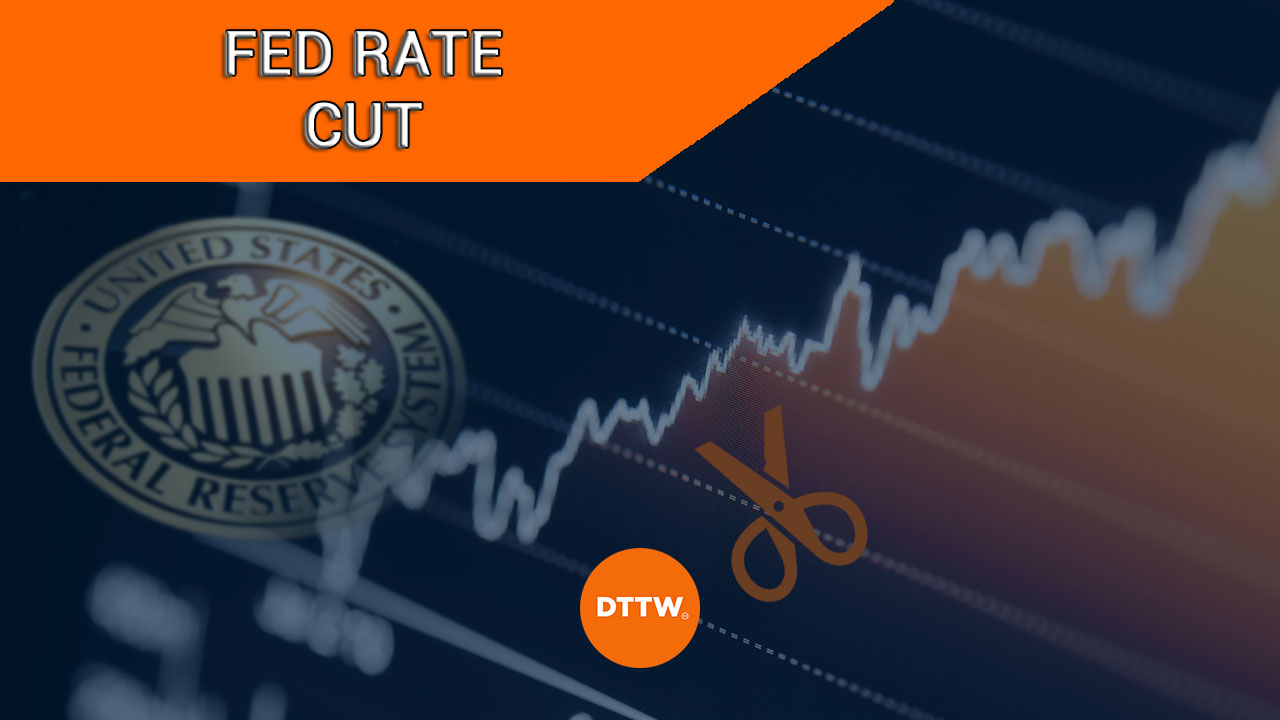 The Federal Reserve is the most important institution in the financial industry. It is a crucial organization whose decisions reverberate around the world. Its responsibilities include keeping inflation under control by raising or cutting interest rates.

In this article, we will explain how the Federal Reserve works and how Fed cuts affect the market.

History of the Federal Reserve

The Fed was started in 1913 in the United States. It was established to solve an important challenge that existed in the country. At the time, the banking industry was in trouble as the number of collapsing institutions rose.

As more banks collapsed, JP Morgan came through and saved some of them. However, there was an important realization of the risks of one bank bailing out other banks. Therefore, the Federal Reserve was created to oversee the banking sector.

Today, the Federal Reserve System is made up of 12 reserve banks in the US that have 24 branches. Examples of reserve banks are in New York, Atlanta, and Chicago.

In addition to its regional banks, the Fed is made up of the Federal Open Market Committee (FOMC) and the Board of Governors.

The FOMC is made up of five members of the board of governors and Reserve Bank presidents. It meets eight times per year to deliberate on monetary policy. The Board of Governors is the governing council of the Federal Reserve System.

The Federal Reserve has several roles. For example, it is tasked with regulating banks in the United States.

As part of this approach, the bank carries out regular stress tests that help to determine the health of the banking sector. These stress tests target systematically important banks like Goldman Sachs, JP Morgan, and Citigroup.

How the Fed implements the dual mandate

A common question is on how the Federal Reserve implements the dual mandate. It does this using some of its most important tools in the market.

First, the Fed is the only institution in the world that can print US dollars. As such, in times of financial strain, the bank can print more dollars through its quantitative easing (QE) process.

In addition to QE, the Fed has other tools. For example, it is the only institution mandated to hike or lower interest rates in the United States. It sets the minimum rate that banks can charge on mortgages and other rates.

The Fed looks at several things when making its decisions. For example, it looks at several important data points like inflation, unemployment rate, industrial production, and manufacturing production and changes interest rates when needed.

For example, during the Covid-19 pandemic, the Fed decided to slash interest rates to zero. By so-doing, it made it cheaper for companies and individuals to borrow funds. It also disincentivized savers by making it unprofitable to save.

In addition, the bank decided to implement the biggest quantitative easing program on record. At the time, the Fed was printing $120 billion per month and then using these funds to buy bonds and mortgage-backed securities.

What does a Fed rate cut mean?

As mentioned, the Fed intervenes in the market in a number of ways, including rate cuts and rate hikes. A rate cut refers to the situation where the Fed reduces the official cash rate. The Fed cuts rates to incentivize individuals and businesses to borrow and spend money.

When the Fed cuts rates, people pay less in mortgages and then use these funds in other parts of the market. For example, mortgage rates surged to more than 7% in 2022 as the Fed hiked interest rates. This was a significant increase since mortgage rates were below 2% during the pandemic.

Related » Strategies to Predict the Chance of a Fed Rate Hike

How to predict Fed rate cut

Unlike in the past, it is now relatively easy to predict when the Fed will cut interest rates. The Fed usually provides guidance of what it will do in the near term.

Even without this information, you can predict a rate cut by looking at the Fed Monitor Tool. This is a tool that looks at the 30-day Fed Futures prices. It is based on what analysts are expecting the bank to do.

As shown below, more than 80% of all analysts expect that the Fed will hike by 50 basis points in the following meeting.

In most cases, Federal Reserve rate cuts have an impact across all asset classes, including stocks and commodities.

When the Fed is cutting rates, it incentivizes people to buy risky assets like stocks, commodities, and cryptocurrencies. The chart below shows that the S&P 500 index surged in 2020 and 2021 after the Federal Reserve announced significant rate cuts and quantitative easing.

The US dollar tends to decline sharply when the Fed is implementing rate cuts. This happens because rate cuts combined with quantitative easing (QE) usually leads to more US dollar supply and a risk-on sentiment.

When it happens, the US dollar tends to decline against other currencies. The chart below shows that the USD declined in 2020 and then surged when the Fed started hinting that it will hike rates.

Correlation between rate cuts and inflation

There is usually a correlation between Fed rate cuts and inflation. In most cases, low-interest rates tend to lead to more demand for goods and services since people can afford them well. As a result, inflation tends to rise when interest rates remain low for a long time.

This explains why the Federal Reserve always tackles high inflation by implementing rate hikes. In 2022, the Fed hiked rates by more than 400 basis points in a bid to lower inflation. This happens by discouraging people from increased spending.

In this article, we have looked at how the Federal Reserve works and how it sets interest rates. We have also assessed the impact of rate cuts and hikes and how to anticipate cuts in the future.