How to Trade the Hottest Market Sectors 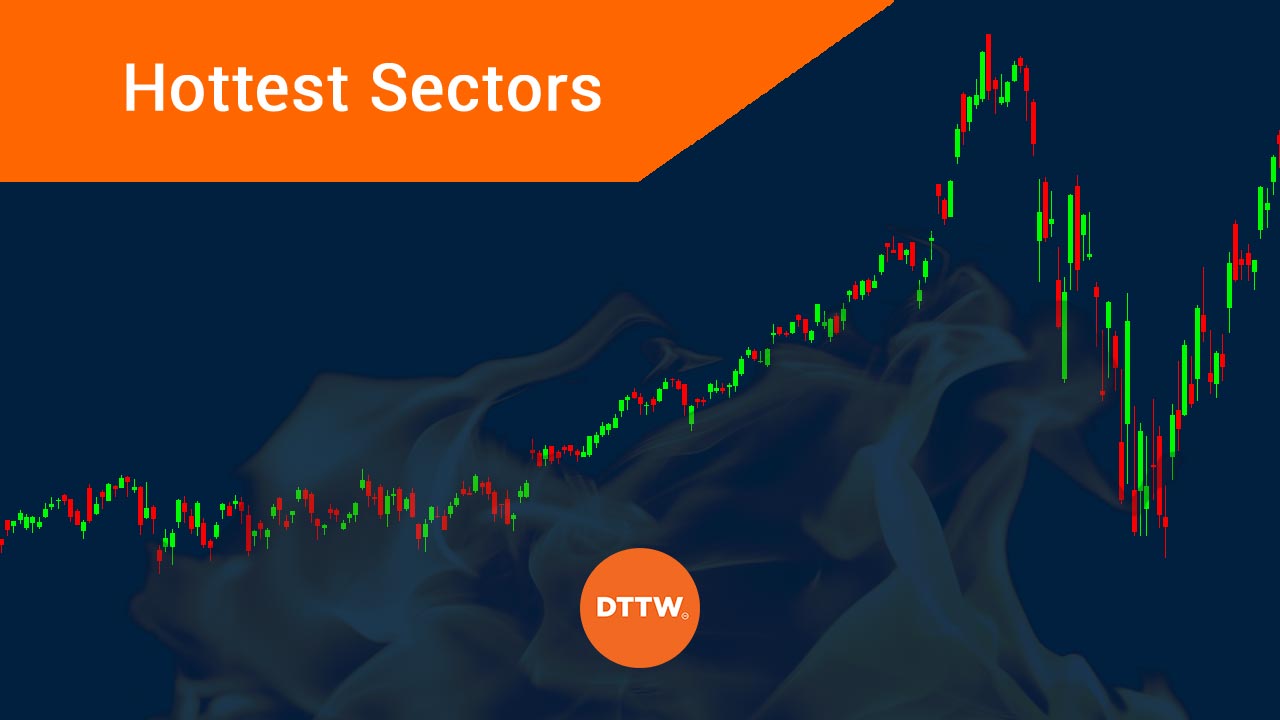 The financial market has tens of sectors, including energy, consumer staples and discretionary, technology, financial, and utilities, among others. These sectors are not viewed in a similar way.

For example, energy stocks like ExxonMobil, Chevron, and Occidental have a price-to-earnings (PE) ratio of less than 10.

On the other hand, fast-growing technology companies like Tesla, Nio, and Palantir Technologies have PEs of more than 50. That's because financial participants expect these firms to have excellent growth in the future. For example, with Tesla, they believe that the firm will dominate the automotive industry in the next few years.

So, let us look at some of the best sectors to trade in the financial market.

In recent years, the success of Tesla has surprised the market. The firm's shares rose by more than 600% in 2020 and is now valued at more than $600 billion. That makes it more valuable than all automakers in the world. It is also bigger than firms like Volkswagen, BMW, Toyota, and Nissan, combined.

Similarly, a smaller Chinese company known as Nio that sells a few thousands of cars every year, is worth more than $71 billion, making it more valuable than Ford and Nissan, combined. It's stock rose by more than 1,600% in 2020.

Workhorse, another relatively unknown company that manufactures cars for the transportation industry, rose by more than 500% in 2020 even though it's sales are relatively small. Other companies that have become extremely valuable are QuantumScape and Beem Global, among others.

The reason for this performance is that there's an overall transition to clean energy. Countries like China and Germany have announced that they will gradually phase out fuel companies in the next few years. As such, they believe that these firms will dominate the automotive market, which generates billions of dollars every year.

Another top industry that's getting more popular in the financial market is cloud computing. Companies in the sector have performed extremely well because of their recurring revenue model and the overall transition to the cloud computing industry.

For example, Microsoft is now the second most valuable company in the world, not because of its software, but because of its cloud computing segment. Similarly, Amazon makes billions of dollars from its AWS business.

Notably, a cloud computing company like Snowflake, which launched its IPO in 2020 is now worth more than $87 billion. That's even after it generated just $267 million in revenue in 2019. It lost more than $367 million during that period.

So, will the cloud computing technology sector continue to do well in the future? Possibly. This is mostly because of the demand for the products and the overall low-interest rates in the market.

Advanced Micro Devices (AMD) and Nvidia are two of the fastest-growing companies in the industry. The two have a price-to-earnings ratio of more than 50 while Intel has a PE of less than 20.

In addition to the size of the CPU and GPU industries, market participants love Nvidia and AMD because of their growing market share. For example, in 2020, the two announced that they were acquiring Arm Holdings and Xilinx, respectively.

How to trade hot sectors

So, with this in mind, how do you trade the hottest sectors in the financial market?

First, you need to identify some of the fastest-growing sectors in the market. You can do this by looking at the overall PE ratio of companies in the stock market. A higher PE sends a signal that investors are willing to pay more for a company.

Second, you need to identify some of the hottest stocks in the market. You can do this by looking at some of the most volatile firms in the market using a market screener like the one found in Investing.com, Barchart.com, and Yahoo Finance.

Third, you should aim to take advantage of news of the day. For example, you should aim to identify premarket gainers and laggards and the news behind the moves. Some of the best free sources for this information are Investing and Market Chameleon, among others.

Finally, you should let technical analysis be your guide when trading hot stocks in the market. This refers to the use of tools like MACD, moving averages, and the Relative Strength Index (RSI).

Also, you should use tools like the Andrew's Pitchfork and the Fibonacci retracement to identify potential levels.

In this report, we have looked at one of the hottest sectors in the market, why they are hot, and some of the best names in the industry, including Tesla and Nio. We have also looked at the best strategies to trade the three sectors we have identified.