How to Profit Day Trading During a Recession 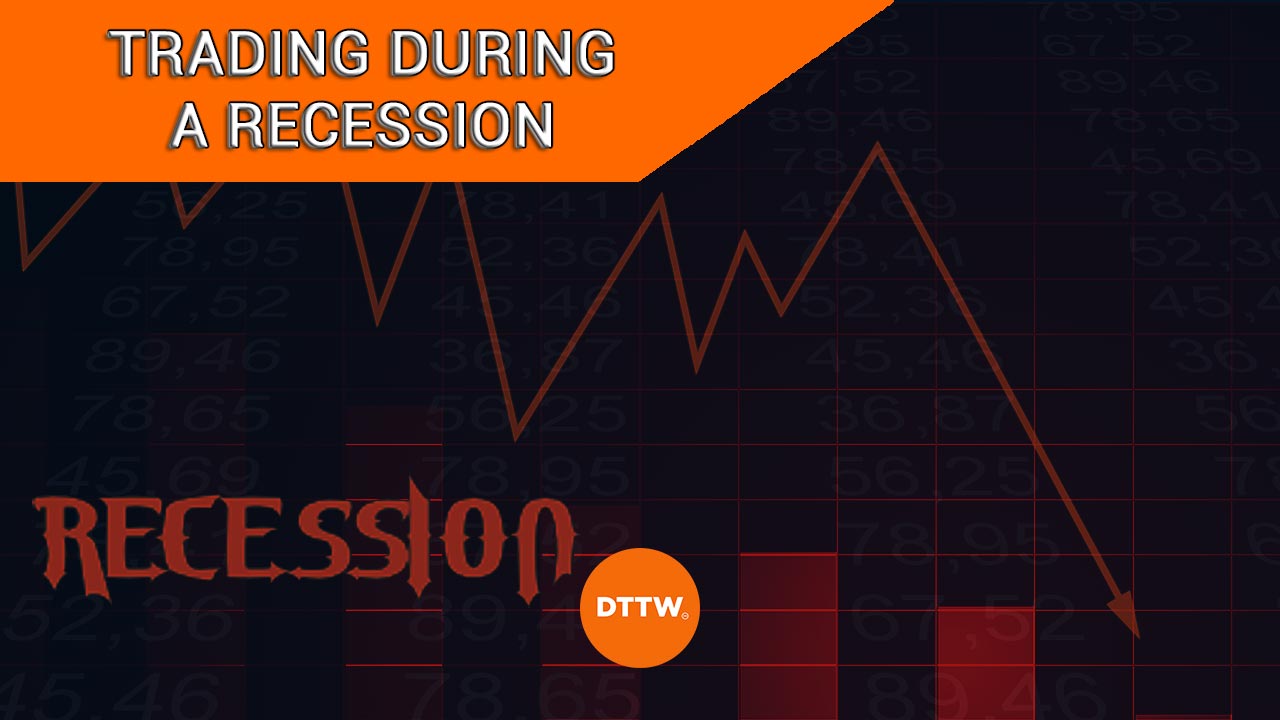 A recession is one of the most feared terms in finance. It refers to a situation where an economy is showing some serious strains. In most periods, a recession is characterized by high inflation, slow wage growth, and weak consumer confidence.

When looked at from an economic point of view, this situation is quite worrying. From a day trader's point of view, however, it opens up several opportunities to enter the markets.

In this article, we will look at some of the best ways to profit during a recession.

Related » How to Hold Your Trading Profits Longer

What is a recession?

A recession is defined as a period when an economy contracts for two straight quarters. This contraction is usually measured in the form of the Gross Domestic Product (GDP).

For example, if an economy contracts by 0.2% in Q1 and then by 0.4% in the second quarter, it is usually known as a technical recession.

However, many economists believe that this definition does not usually send the right picture of what a recession is. For most traders, a recession usually implies a situation where the stock market is crashing.

Characteristics of a recession

There are several things that characterize a recession. First, a recession is characterized by a slow nominal GDP growth. For starters, a country’s GDP is usually calculated by adding a country’s consumer, government, and business spending. It then adds the difference between a country’s exports and imports.

Second, in most cases, a recession is characterized by slow wage growth. Companies tend to slash their wages and bonuses when they have a blurry vision about the economy. For example, it is hard for any company to hike wages when they expect demand to weaken.

Third, in a recession, many companies tend to announce layoffs in a bid to save their cash. Finally, there is usually muted corporate activities like mergers and acquisitions.

Still, recessions are usually different. For example, the recession that happened in 2022 was characterized by strong labor market. Companies were still hiring while wages were still growing.

Related » The economic indicators you need to monitor

Another important concept when dealing with a recession is known as stagflation. Stagflation, which happened in 2022, is when a period of slow economic growth coincides with high prices.

In most cases, a recesion is usually accompanied by slow inflation because of falling demand. At times, because of external factors, a recession can happen and high prices continue.

For example, in 2022, inflation was caused by the previous actions of the Fed, when it dramatically expanded its balance sheet. It was then supercharged because of the Russian invasion of Ukraine and the supply shortages that emerged.

Related »  Supply and Demand in trading

How to trade during a recession

In most cases, an extended period of irrational exuberrance in the market usually creates a bubble. A recession can then happen when the bubble bursts.

Now.. let's have a look at several strategies to trade during a recession.

Related » 5 Evergreen Psychological Tips for Trading During a Recession

One of the top strategies you can use in a recession is to focus on pre-market movers. These are small and large-cap companies that are experiencing major moves before the market opens.

The reality is that there will always be companies that are showing strong performance even during a recession.

After identifying these names, establish why they are performing like that, and then allocate your resources accordingly.

You can do further analysis by looking at chart patterns and using technical indicators like moving averages and the Relative Strength Index (RSI).

Focus on stable and dividend companies

For your long-term investments, we recommend that you move away from growth companies and shift to large, stable, dividend companies. The benefit of holding these companies is that their dividend yields will keep improving as the share prices retreat.

Another popular strategy to make money during a recession is known as trend-following or shorting and holding. This is the idea where you assess that a stock price is falling and then you short it. It is the opposite of buying and holding in a bull market.

For example, in the chart below, we see that the SentinelOne stock price was in a bear market. As such, using moving averages, you can make money by shorting and holding the trade.

The next main strategy to use in a bear market is known as price action. This is where you use several price action strategies to determine when to short and buy an asset.

For example, if a bearish flag or a bearish pennant pattern forms, it is usually a sign that the stock will continue falling.

Other popular price action patterns you can use during a recession are descending triangles and head and shoulders.

Finally, there is a concept of buying the dip. This is a situation where investors buy the dip during a recession.

The concept behind this is simple. In a recesssion, many companies that were highly overvalued tend to become significantly undrvalued. Therefore, you can always find good stocks trading at a significant discount.

In this article, we have looked at the concept of a recession, what implications does it have for traders, and how to take advantage of a situation when stocks and other assets are in a strong downward trend.