Why Trading from the European Union Pays Off 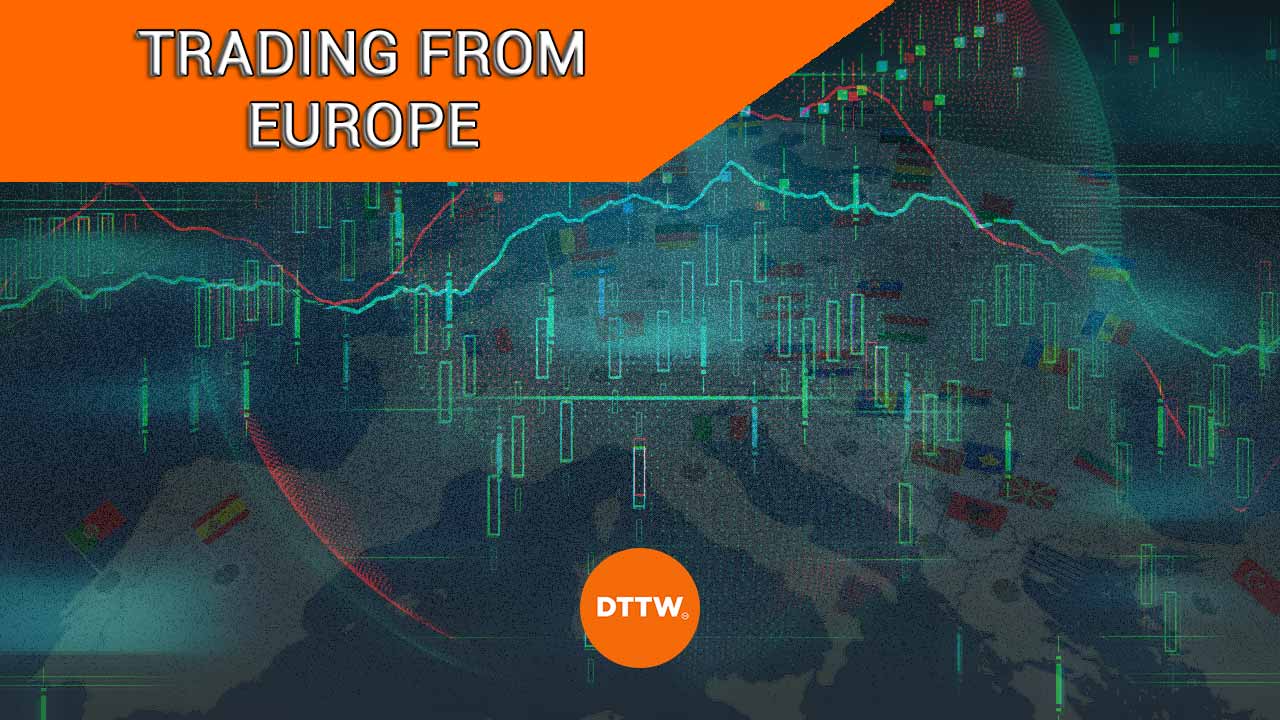 The European Union is the world’s biggest political and trade bloc. No, this is not a joke. It is made up of 27 countries that have over 500 million people and a GDP of about $18 billion.

The most prominent member countries of the EU are Germany, France, Italy, Spain, and the Netherlands. But in the European sessions we must also count the UK, financially the most important country in the bloc.

In this article, we will examine why trading from the EU is more than just a good idea.

The EU is a major trading and investing hub. For one, it is home to some of the biggest companies in the world like Volkswagen, Shell, TotalEnergies, LVMH, and Nestle among others.

The biggest exchanges in the bloc are in countries like Germany, France, Italy, Spain and UK (even if out of the European Union because of Brexit).

The European trading session normally starts at 9:00 am to 5:30 pm (GMT+2). This means that this session usually intersects with both the Asian and American sessions.

And we know how overlaps with other markets are a valuable time for a trader.

The European Union financial market is well-developed and has some of the biggest companies. However, its financial industry is not as well advanced as that of the United States.

A major challenge that the bloc faces is that it has 27 countries that speak different languages. Therefore, at times, it is a bit challenging for a person in Germany to invest in a company in Hungary.

And unlike in the United States, because of the language barrier, there is no television station like CNBC and Bloomberg that focus on European markets.

In addition, there is a whole fragmentation of the financial market that makes it difficult for people in one country to invest and trade in another one.

Therefore, indices are some of the best European assets to trade. Some of the most important indices in Europe are:

There are several important factors that often move European stocks. First, there is a correlation with the American session. In most periods, European stocks usually track the performance of their American counterparts.

For example, indices like the DAX and CAC 40 often drop when America’s indices and their futures like the Dow Jones and S&P 500 drop. Some traders have succeeded by using this correlation strategy to trade.

Second, we have monetary policy. Actions by the European Central Bank (ECB) have an impact on European stocks. In most cases, they tend to underperform when the ECB becomes hawkish and vice versa.

At the same time, actions by the Federal Reserve usually has an impact on these equities since most of them have a large presence in the United States.

Third, European stocks react to geopolitical issues. The most consequential issue in the past few years was Russia’s invasion of Ukraine. This invasion led to severe sanctions on Russia, which led the country to slow its natural gas deliveries.

While the EU is a large continent, it is not well-endowed by important natural resources.

Fourth, EU stocks often react to activities among member states such as politics. For example, the resignation of Mario Draghi as the Italian prime minister had a negative impact on the bloc.

Trade American stocks in the EU

A common question among members of the European Union is on how to trade American stocks. Besides, these are some of the best-known and most liquid stocks in the world. Some of the most popular of them are firms like Apple, Microsoft, Meta Platforms, and Nvidia.

Related » How to find the most active stocks

Second, you can use forex and CFD brokers that provide stocks from around the world. Examples of such brokers are firms like ATFX, OctaFx, and IG. These brokers give you access to stock CFDs, which are derivatives that track US equities.

Third, you can use a company like Day Trade the World (DTTW™) that give you access to American and European stocks.

Trade EU stocks in the US

It is much easier to trade European stocks in the United States. First, you can trade European companies that are listed in the US like Nestle and SAP. You can buy them just as you buy American shares.

Second, you can invest in ETFs that track EU equities. Finally, you can use a company like DTTW™ that gives you a direct market access to European stocks.

Trading from Europe: The main pros

In the past few years, the number of American investors and traders who are moving to Europe has been in an upward trend. There are several reasons why this makes sense.

These reasons also apply to those who want to start trading in Europe. There is no need to move closer to Wall Street, really. You can start your trading business in any country.

By trading online, you can access all available markets (and stocks) from anywhere in the world. Traders in Europe have the same access to stocks that their American counterparts have as mentioned above.

The only limitation is in stocks, because you can trade them only for a limited period of time. But by taking advantage of overlaps, especially the one with the U.S. session, you can extend your trading day. This is also a good option for those who want to start trading part-time.

Second, they can save a lot of money since the cost of living in some European cities is lower than in popular American cities like Los Angeles and New York.

Generally, even the installation of an internet network and contracts with internet service providers (ISPs) are cheaper in European countries than in the United States.

Third, healthcare in the majority of European cities is often much more cheaper than in the United States. Further, some EU members rank high in terms of happiness than in the US.

Let's take a significant statistic from the Peterson Foundation website. In 2021, the United States spent an estimated $12,318 per person on healthcare — the highest healthcare costs per capita across the OECD countries.

The average for wealthy OECD countries, excluding the United States, was only $5,829 per person. Such comparisons indicate that the United States spends a disproportionate amount on healthcare.

On the other hand, there are some challenges that investors and traders in Europe face. For one, Europe is a hotbed of regulations (but no PDT rule ). Recently, the bloc passed the MIFID II regulations that increased regulations on companies and individuals.

Further, Europe imposes substantial taxes on individuals than in the United States. This higher taxation almost always results (except in Switzerland) in lower wages in the countries of Europe.

However, this is not a big problem for day traders, especially those relying on a proprietary trading firm for their market activities.

Why? There is no limit to the profits (but also the losses) a trader can generate, so income depends solely on one's skill (or office performance). Still, DTTW™ partners are able to offset this by having higher returns.

Another challenge is language since European countries use different languages.

The European Union is one of the biggest trading blocs in the world. For anyone who wants to start trading, Europe is probably the best place. Despite the allure that the United States may hold.

As we have seen, the trading opportunities are the same as in the US, if not greater thanks to the intersection of the two sessions.