What Happens on the Trading Day After a Major Event?

Day Trade The World™ » Trading Blog » What Happens on the Trading Day After a Major Event? 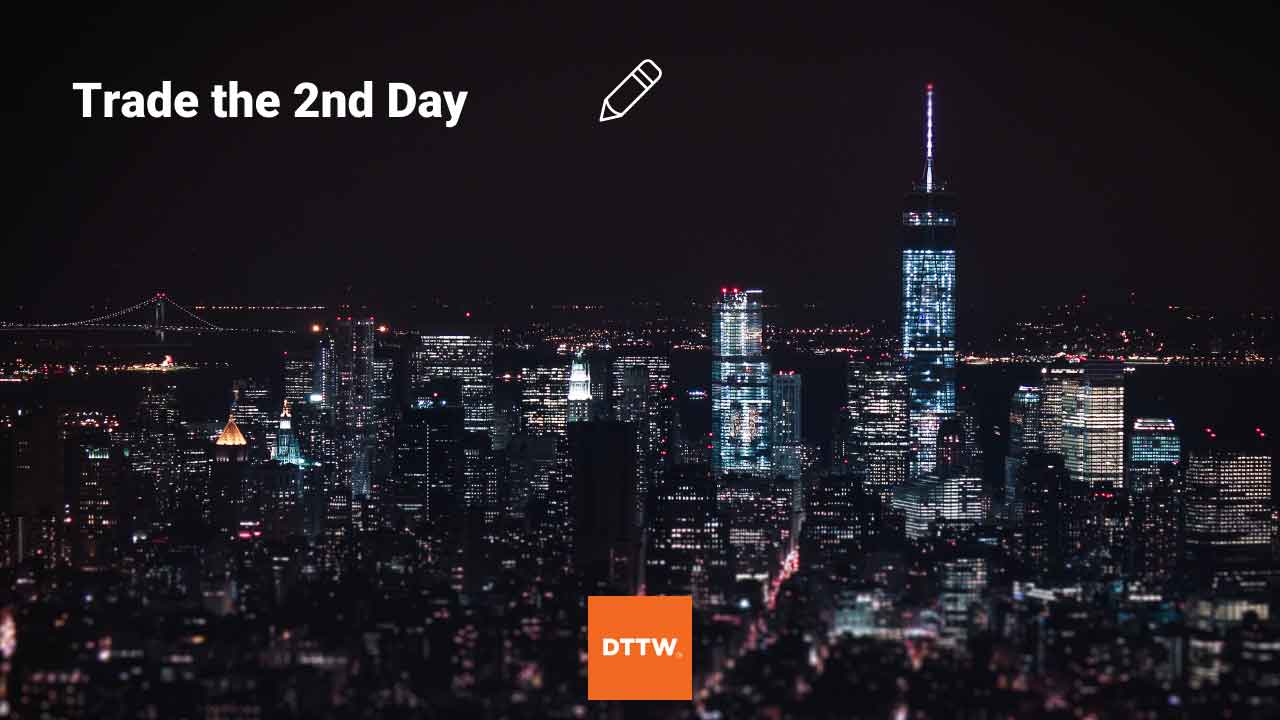 News and earnings data are among the most important movers for stocks. On news, stocks tend to move because of overall market news like mergers and acquisitions (M&A), political news, or specific company-related events.

On earnings, stocks usually move when a company releases its quarterly earnings results. In most cases, the stock will do well when a company reports better results and gives an upbeat forward guidance. Similarly, market activity after an IPO is usually a major mover in the market.

In this article, we will look at how to trade on the following day after the news. In these cases, making the best use of the economic calendar is essential!

Ideally, there are two main outcomes after the stock rises or falls after a major announcement.

First, the stock can attempt to fill the gap. If it gapped upwards, sellers may attempt to push the price lower. Second, the price may continue rising. A good example of the two scenarios is shown in the chart below.

In the first situation, sellers continued to push the stock lower while in the second scenario, they attempted to fill the gap.

Therefore, when the stock gaps up, it does not mean that the trend will continue in that direction. Indeed, this is a major mistake that people make.

Another important item to understand on the second day is about key technical levels. Whenever a stock gaps up or down, the levels it lands are often not by accident. Instead, they are essential technical levels.

A good way to identify these technical levels is to change the time of the chart’s time.

For example, if you are using the daily chart, you can shift it to the weekly chart and note the relevance of these psychological levels.

On the weekly chart below, we see that Nutanix stock landed on the 61.8% Fibonacci retracement level when it declined first. On the second major down gap, it moved to the 78.6% retracement levels.

Another important aspect to look at is on identifying the key support and resistance levels. A support is a level where the price fails to move below while a resistance acts as a ceiling for the stock.

In most cases, identifying the two levels can help you know when to enter a long or short trade.

Let’s look at the example of Palantir Technologies, a company that went public recently.

On its IPO day, the stock opened sharply higher and reached a high of $11. After that, the stock started falling and ultimately reached a low of $8.94. It then attempted to bounce back and ultimately, it established a triple bottom pattern at $8.94.

Since then, the stock has been on an overall upward trend. Indeed, a double or triple top pattern is usually a sign that the asset will reverse.

Therefore, using some of the strategies mentioned here can help you avoid making mistakes like continuing to short when the price makes a double bottom.

I love reading through an article that will make people think. Also, thanks for permitting me to comment. Shannen Jecho Aurelius

Inviting people to think is one of our goals. This is the only way to really learn how to day trade.