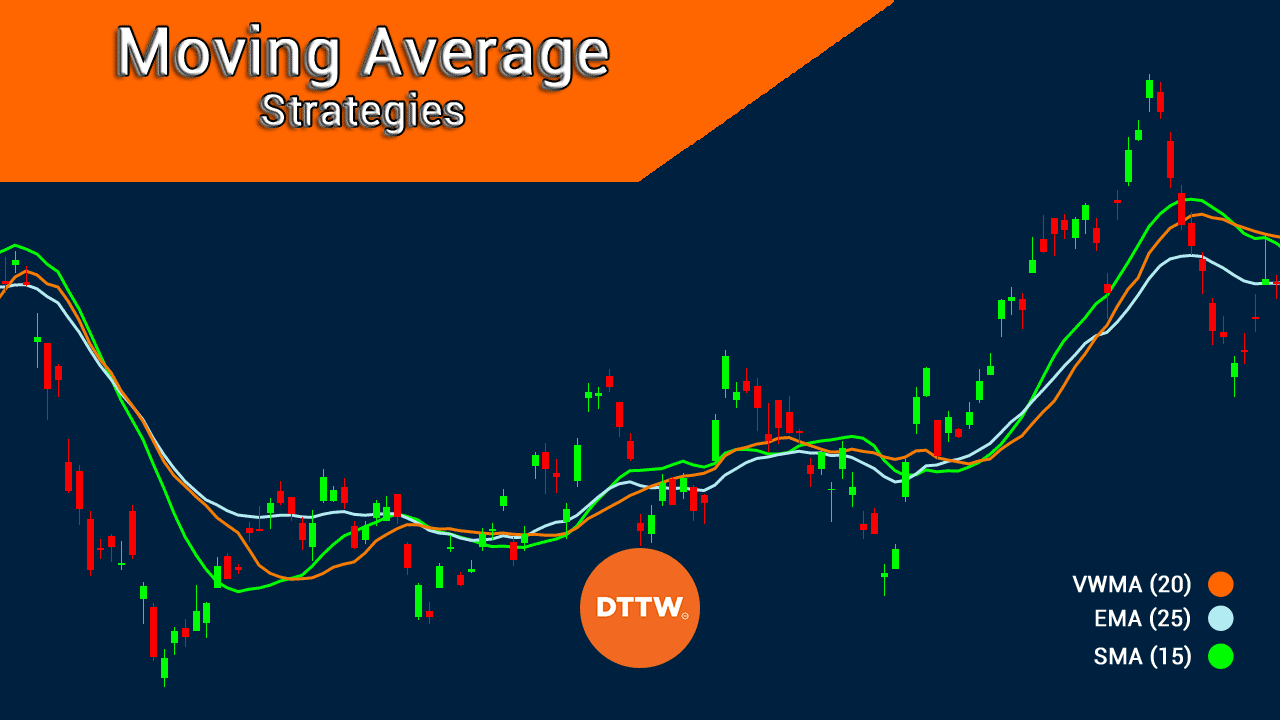 Moving averages are among the best well-known technical indicators in the market today. We have covered them extensively over the years, because we consider them absolutely essential for both beginners and experts.

In this article we will briefly look at what moving averages are and their types, going then to deepen some of the best strategies to use them when we trade.

What are moving averages?

The idea behind moving averages is relatively simple to understand. It is where you take the opening or closing price of an asset and then you divide it by the number of periods. When you do this, you will get the simple moving average of the asset.

The concept of moving averages is applied in many industries. For example, during the Covid-19 pandemic, it was common to see health agencies publish the statistics of the day and a separate 7 or 14-day moving average. Therefore, if the number of the day is 1,000 and the 7-day average is 200, that is a sign that the situation is worsening.

The same applies to the financial market. For example, if a stock is trading at $50 and its 14-day moving average is at $70, that could be a sign that the stock is getting a bit cheap.

The simple moving average (SMA) is a popular type of moving average in the market. But it often has some key holes that mathematicians attempt to fill. Its biggest challenge comes from the fact that the indicator applies the same weighting to all periods.

Therefore, there are several types of other moving averages that you could use to get around this problem like:

While these moving averages are calculated in a different way, they are all used in the same way. So, let us look at some of the top strategies when using moving averages.

For most day traders, the 200-day and 50-day moving averages are usually not all that important. Besides, most traders focus on extremely short timeframes like a 5 minute or a 15-minute chart. Therefore, they have devised a strategy that reduces the number of days.

Therefore, they use a combination of moving averages like 5-day and 10-day average. In this case, their death cross happens when the two averages crossover at their top or when it crosses at a lower point.

The chart below shows an example of a 10-period and 25-period death cross.

Another common strategy of using moving averages in day trading is in trend-following. As the name suggests, this is a strategy that seeks to identify an existing trend and then follow it until it makes a crossover.

Many traders use just one moving average while others use two moving averages. The idea behind this is simple. If an asset’s price is rising, it will remain continue rising as long as it is above a certain moving average.

For example, in the chart below, we have added a 30-period moving average on the EUR/USD, which is moving in a bearish trend.

Therefore, during its decline, a trader would have placed a sell trade and continued holding it for as long as the price was below the moving average. Exit triggers were established when the price moved slightly above the average.

Another important moving average strategy that is common among investors and traders is about the 50-day, 100-day, and 200-day moving averages. These averages are mostly added to the daily chart and are watched mostly among experienced traders.

The idea behind this is simple. In most cases, large institutional traders focus on these levels. Therefore, if an asset first drops below the 50-day moving average, you will get some actions among traders and investors.

Therefore, even when you are an intraday trader, these levels are important because they have an impact on smaller-timeframe charts. For example, as shown below, the 50-day moving average establishes important support levels for the S&P 500.

Moving averages are essential tools for most day traders. They are so popular that it is almost impossible for most traders to trade without them.

Also, many indicators are developed from Mas concepts, so having a proper understanding of them is really something necessary (kind of like understanding the concept of supply and demand).

In this article, we have seen what these averages are and some of the top strategies to use them. Obviously these are only a part, as you may have understood moving average are very versatile and can be used in many, many other strategies.

Wow, learned a lot today from your video.