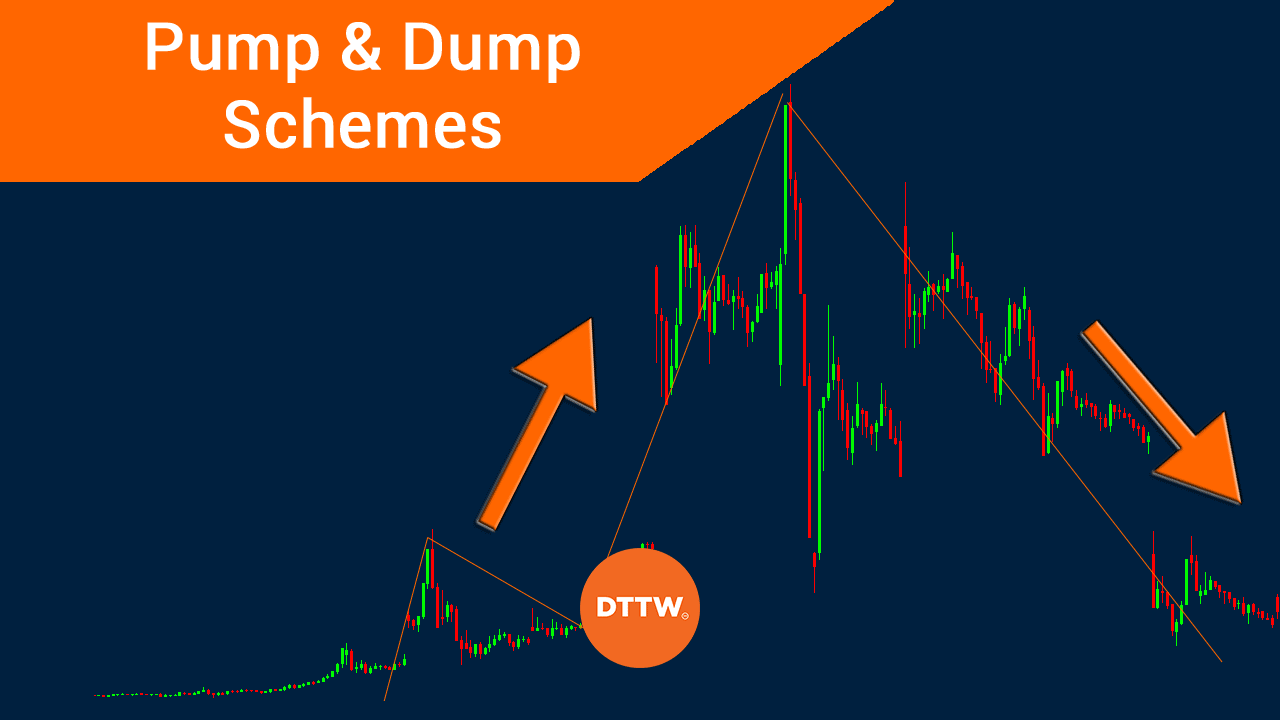 The financial markets attract so many people, which is also why there are so many risks. The one we are going to explain now is one of the most dangerous, if not detected in time.

A pump and dump scheme is a situation where an individual or a group of people artificially inflates the price of an asset and then exits it at the top. Those who hold the asset, later on, are said to be bagholders since they own an asset whose valuation is divorced from reality.

Let us look at how pump and dump scheme work and some of the key strategies to trade them.

First of all let's understand the concept well, it is very important. A pump and dump scheme is defined as a period when people use their capital or fame to deceive other investors. They do this by promoting stocks, cryptocurrencies, and commodities. As they do this, retail traders buy the asset. After reaching a certain point, they exit and then the asset starts to decline.

Something unique happened in 2020 during the coronavirus pandemic. As you recall, many countries and states shut down their economies to curb the spread.

As this happened, many industries like in aviation and cruise line struggled. Along the way, car rental companies like Hertz and Avis struggled. In fact, Hertz, which was a highly indebted company decided to go bankrupt. Initially, this decision forced the company’s share price to decline substantially.

However, at a certain point, the stock price soared from less than $1 to almost $3. This happened as social media users in platforms like Twitter and Reddit pumped the stock. Ultimately, the stock declined sharply, leading to substantial losses to those who bought the dip.

These scam schemes have always been around. The most well-known of them happened during the dot com bubble. At the time, many retail traders were pushed to invest in worthless dot com companies. When the bubble burst, they were left holding the bag.

»What to know about stock market bubble«

Another good example of a pump and dump scheme happened in early 2021 as the Wall Street Bets crowd became popular. At the time, they pumped relatively unpopular companies like GameStop, Blackberry, and AMC (the so-called Meme Stocks).

Pump and dump stocks are also popular in the cryptocurrency industry. As you recall, at the height of the Initial Coin Offering (ICO) boom, many people lost money investing in worthless projects. While the industry has matured substantially over the years, it is still rife with pump and dump schemes.

These schemes are also popular in penny stocks.

How a pump and dump works

These schemes work in a relatively easy way. First, a promoter can identify a relatively sleepy and thinly traded company. In most cases, these are usually small-cap stocks. Second, they allocate some of their cash in the stock. The impact of this is that its volume rises.

Third, the promoter then starts hyping the stock in social media. At times, they even recruit popular influencers to do their bidding. As the stock rises, they then exit their trades at a profit.

It is worth noting that pump and dumps is an illegal practice that has seen several people behind bars.

How to identify pump and dump scheme

The first step to identify the scheme is to look at the top movers in a given day. Fortunately, many platforms like WeBull and Investing.com provide a list of the top moving assets in a session. The chart below shows some of the top movers at the time of writing this.

An example of top movers

As you can see, some stocks like Sphere 3D, Switch, and Electrocore rose by more than 20% in a session. This does not make these stocks pump and dump schemes. However, you can dig more data to find out why they had these parabolic moves.

If you find news about the company, then that is not a scheme. In the chart above, we see that Sphere 3D shares rocketed by more than 50%. A quick look at the chart shows that this happened after the company reached a deal for Bitcoin mining agreeements.

Now, at times, you will see a stock rocket up for no reason at all. In this case, it raises the possibility that the stock is being pumped. You can verify this by looking at the stock in social media to see what people are writing about. If you see elevated social media activity, then this is a sign of a pump and dump scheme.

»The importance of news trading«

How to trade these schemes

With these schemes getting popular, there are several strategies of trading them. For one, we highly recommend against investing - buying and holding - these stocks for a long period. You don’t want to become a bag-holder.

Next, you can use several strategies to make money in this period. First, you can use pending orders and stops. When you see a parabolic move, add a buy-stop that is protected by a stop loss.

Another strategy is to look at the distribution of volume. If the stock keeps rising while buying volume is falling, it is a sign that the promoters have started to exit. This is an early sign that you need to start exiting your trade.

You can also use tools like the Fibonacci retracement and Andrews Pitchfork to identify the key levels that are critical to the price action.

While pump and dump schemes are illegal, they are here to stay. In this article, we have defined what these schemes are, how to identify them, and some of the key tips on how to trade them.