What Traders Should Expect After Fed Hikes Rates 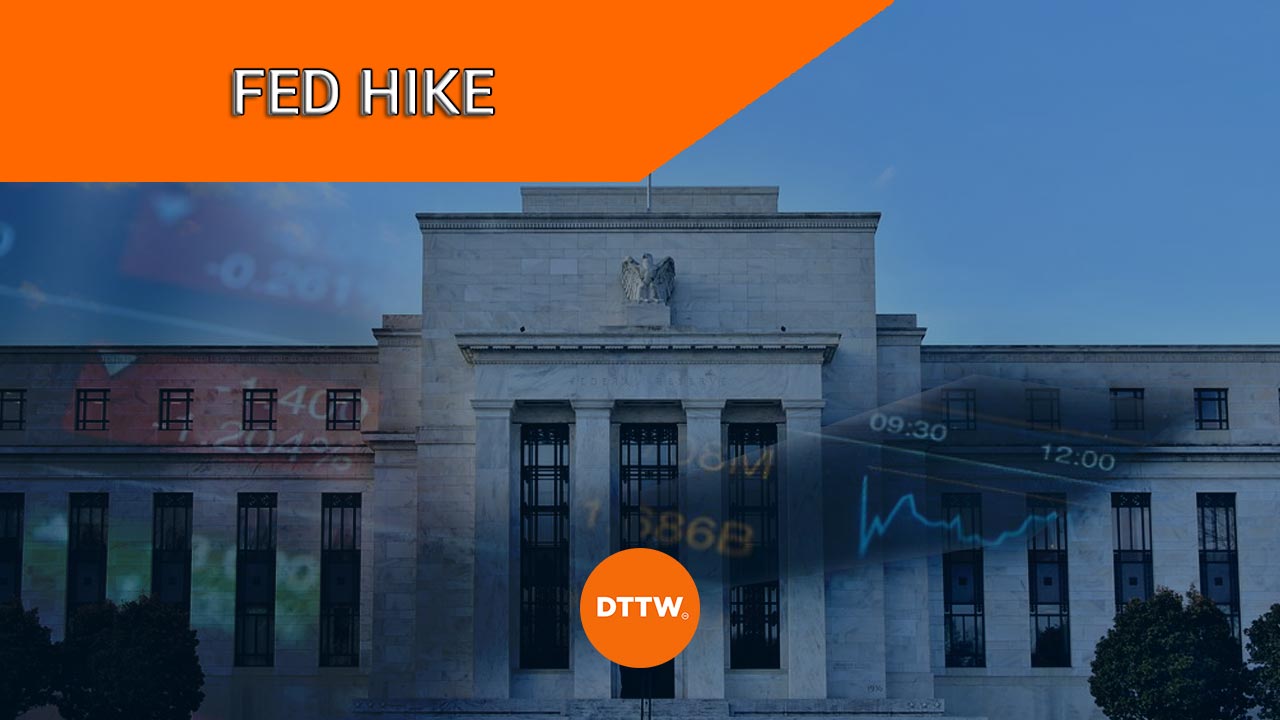 The Federal Reserve is the most important central bank in the world because of the importance of the US dollar, which is the reserve currency of the world. As a result, its actions tends to have major implications for all assets like commodities, currencies, stocks, and cryptocurrencies.

For example, during the Covid-19 pandemic, the Fed decided to slash interest rates to zero and implement a large quantitative easing (QE) program that added over & 4 trillion in its balance sheet.

As a result, the US dollar retreated to a multi-year low while assets like stocks and cryptocurrencies crashed. Bond yields retreated.

How the Fed works

The Fed has two mandates: to keep inflation low and inflation steady. To achieve this, the Fed has several tools at its disposal. For example, it is the only institution that has the power to print cash and influence interest rates. Its role in the economy is known as fiscal policy.

The Fed looks at the prevailing market conditions and then determines whether to change its fiscal policy. For example, in a period when the economy is not doing well, it slashes interest rates and implements QE.

Low-interest rates help to boost the economy by making it easier to borrow money and spend it in mortgages and vehicle purchases. It also incentivises people to move their funds from savings to other high-yielding assets like stocks and even cryptocurrencies.

On the other hand, the Fed implements more tightening when it sees the economy doing extremely well. In most cases, inflation tends to rise when an economy is doing well because of a situation known as the Phillips Curve. The curve suggests that inflation rises when the unemployment rate drops.

Therefore, the Fed raises interest rates and unwinds its QE to prevent the economy from overheating. An overheated economy can lead to a severe crash when things unwind.

The Fed implements its policies when it meets eight times every year. In some extraordinary times, such as during the Covid-19 pandemic, the Fed can make decisions at any time.

What is a Fed rate hike?

A Fed rate hike is a situation where the bank decides to increase interest rates in its bid to handle inflation and prevent the economy from overheating.

On the other hand, a Fed rate cut is a situation where the bank decides to reduce interest rates. Low rates flow through the economy and influence consumer spending.

Related » Strategies to Predict the Chance of a Fed Rate Hike

The Fed has several policies at its disposal. The most popular ones are:

In addition to these policies, the Fed has the mandate to keep the banking industry safe by regulating banks and insurance companies. It ensures that they are well-capitalized.

Further, it carries out stress tests that assess whether banks can operate in the toughest conditions.

Fed interest rate hikes and cuts impact all assets in the financial market. Here are how several assets react to Fed decisions.

Actions by the Federal Reserve have an impact on currencies because of the importance of the US dollar in the global economy. The dollar is the most important currency in the world. It is widely held by central banks and most businesses use it to do business.

Therefore, in most cases, low-interest rates usually lead to a weaker US dollar because it increases its supply.

On the other hand, higher interest rates usually lead to a stronger US dollar because people tend to move back to the currency for the yields it offers. Also, higher rates tend to increase chances of a recession, which pushes more people to the safety of the US dollar.

The chart below shows how the US dollar declined during the pandemic and then bounced back as the Fed started hinting about high-interest rates.

The Fed has an impact on American and global stocks in general. In most cases, stocks tend to do well in periods of low-interest rates. That happens as people move their cash from low-yielding assets to assets that have the potential to generate returns.

Stocks also do well in periods when rates are low because of the weaker US dollar. A weaker dollar benefits American companies by making their products a bit cheaper internationally. It also has a good fx impact on their financial statements.

On the other hand, stocks tend to underperform when the Fed is tightening because it increases their cost to service their debt. Companies also suffer as their foreign profits decline in dollar terms.

The chart below shows how stocks did well when the Fed slashed rates during the pandemic and how they declined when it started hiking rates.

Actions of the Federal Reserve have an impact on commodity prices like crude oil, copper, silver, and gold. Ideally, higher interest rates usually led to a stronger US dollar. And since most of these commodities are traded in USD, their prices tend to suffer.

Low-interest rates tend to supercharge the economy and lead to more demand for commodities, which helps to push their prices much higher.

How to position yourself before a fed rate hike announcement

As stated above, billions of dollars will be made and lost too when the fed announces the rate hike. Unfortunately, nobody really knows when this will happen (but we previously give you a resources to predict it).

The announcement by Fed would have a critical implications to the market. So, as a trader, there are a number of things you can do to anticipate the move.

When such a policy decision is anticipated, the most important thing for you to do is to be informed.

When you are informed, chances are lower that you will be caught off-guard. The best thing about this is that you don’t need a $200,000 per year Bloomberg subscription to get the information!

It is readily available in all financial news sites and TV stations (you can check our list).

You should be aware of the fed meetings, and also take your time to read the fed minutes which are released a few days after the meeting happens. After doing this, you should make your own independent analysis to make a good forecast.

As a trader, its important to read between the lines and make an independent analysis. In addition, you should have a look at the American data. The fed stated that they would tighten only when the data was positive.

At such a trading environment, its important for you to use a stop loss in every trade that you make. A stop loss stops a trade automatically when it reaches a predetermined point.

As stated above, the implications of rate hikes in the United States will have very significant implications and billions will be lost.

A well calculated stop loss will help you reduce the risks of losing everything.

You can find the Fed Rate Hike/Cut history in their own website.

Fed actions are so important in the market. Therefore, regardless of the type of trader that you are, it is always important to know where the Fed is in its policies.

Also, checking key economic data like jobs and inflation will help you predict whether the Fed will hike or lower interest rates.